German DJ Felix Jaehn has become the first German artist in 26 years to top the Billboard music charts in the United States. 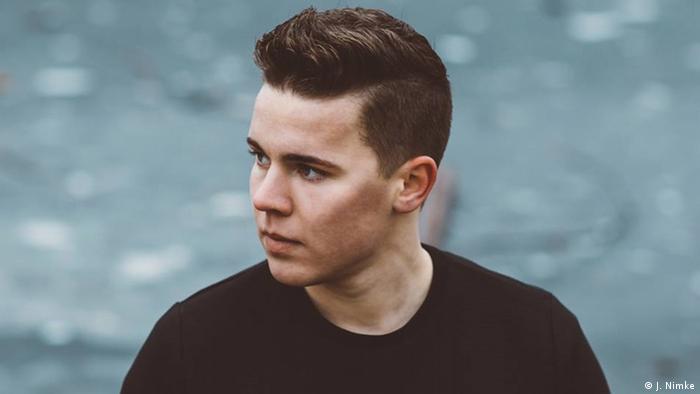 It's one of the most-listened-to songs of the year: Felix Jaehn's remix of Jamaican singer Omi's "Cheerleader" has squarely landed at the top of the Billboard music charts in the US. The Hamburg-born DJ's single has been climbing the charts for weeks, and finally hit the pinnacle, overtaking Wiz Khalifa's "See You Again." While "Cheerleader" was written by Omi in 2012, a popular 28-year-old Jamaican who's been signed by a sub-label of Sony Music, it was Jaehn's remix that launched not only the tune but also the artist to global fame.

In the video to the remixed song, which has already reached well over 60 million views, Omi spreads summer feeling with sunny beach landscapes, sexy party dancers, and soothing vocals that will put anyone in a good mood.

"What makes 'Cheerleader' so irresistible? The sax," wrote idolator.com back in January, predicting the song's rise before it stormed the US market and adding that Jason Darulo, Ariana Grande and RedFoo have also made recent use of the underestimated instrument.

Since the Jaehn/Omi single came out last year, it's already topped the charts in a number of countries, including Australia, Canada, France, Great Britain, and, of course, Germany. At the age of just 20, Jaehn is one of the most in-demand DJs on the scene, together with other millennials like Robin Schulz and Zedd.

Though he was born in Hamburg, he grew up in Mecklenburg-Vorpommern and launched his DJ career at 16. When he was 17, he spent a year at a music school in the UK, which broadened his international perspective.

"Ain't Nobody (Loves Me Better)" is Jaehn's latest successful single, featuring 14-year-old British wunderkind Jasmine Thompson. The song, a remix of Chaka Khan's 1983 original, is now at number 4 on the German charts. 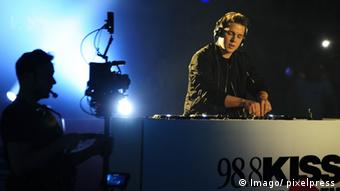 While the US music charts regularly feature European artists, German musicians rarely get attention - with a few notable exceptions, of course. Some of the most memorable weren't even sung in English. German band "Trio," for example, peaked at 33 on the charts with "Da da da" in 1982. The catchy diddy continues to be a favorite for TV commercials and was covered by Christina Aguilera in a 2006 Pepsi ad.

Nena, who just recently came out with a new album, stole hearts around the world and claimed Billboard's number 2 spot in 1983 with "99 Luftballons." She later did an English version of the German Wave hit, which did well elsewhere, but didn't quite catch on in the US.

Metal legends Rammstein, one of Germany's most well-known bands abroad, made it all the way to spot 20 in 1997 with "Du hast."

The most recent German artist to hit top the Billboard charts, however, was Milli Vanilli, a music project created by producer Frank Farian. Their hit, "Don't Blame It On the Rain," spent two weeks at the top in November 1989 - just after the fall of the Berlin Wall.

Felix Jaehn, it seems, is in good company. For more on the success of German hits abroad, tune in to PopXport's Ranking, a series of 10 shows that offer an analysis of the German pop scene's popularity abroad that is unprecedented in scope.

If you think Berlin is sexy now, you should have been there in the 80s. Expat Mark Reeder tells DW about the "music, art and chaos" of the day, and how his new film captures it all. (20.05.2015)

Techno museum to open in Frankfurt

"Music is the key to technology," Brian Eno once said. And true to this maxim, Frankfurt is set to become the home of Germany's first museum for electronic music. But a stereotypical museum this most certainly is not. (16.04.2015)

Germany's most successful teen-pop sensation withdrew from the spotlight for a few years. Now they are launching a new European tour with their latest album, "Kings of Suburbia." DW met them in Paris. (25.03.2015)