Techno museum to open in Frankfurt

"Music is the key to technology," Brian Eno once said. And true to this maxim, Frankfurt is set to become the home of Germany's first museum for electronic music. But a stereotypical museum this most certainly is not. 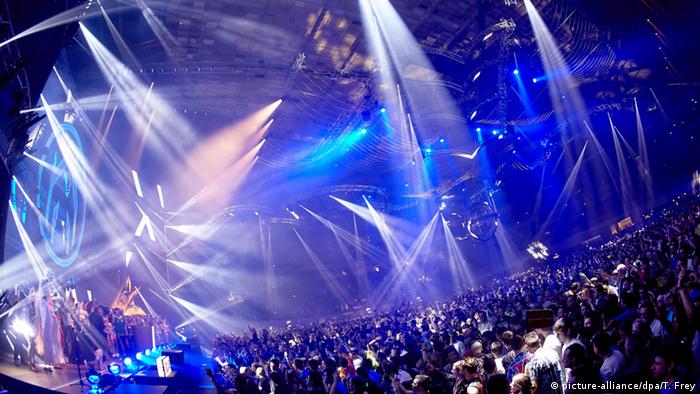 The MOMEM - or Museum of Modern Electronic Music - is scheduled to open in 2017 in the heart of the techno metropolis of Frankfurt, reaffirming German's place as the spiritual home of electronic music.

In the spirit of the innovative musical form, the museum will shrug off traditional museum exhibition traits and instead offer a space which invites visitors into the sensory world of electronic music, exploring many aspects of the musical form. Thematically it will tell the story of the history and cultural relevance of the form.

Andreas Tomalla - aka Talla 2XLC - is the driving force behind the museum. Widely credited for inventing the word "techno," Tomalla pioneered the form with his "Techno Party" events in the 1980s. He remains active as a trance DJ and producer, and is the first honorary chairman of the Friends of MOMEM.

According to organizers, the museum will include exhibitions as well as interactive elements for visitors. Also, DJ workshops will be held regularly and, channeling the soul of the club, there will be regular live events. The city of Frankfurt has leased the space to the MOMEM free of charge - on the premises of the city's Children's Museum - however the museum will be self-funded, with no financial support from the city. 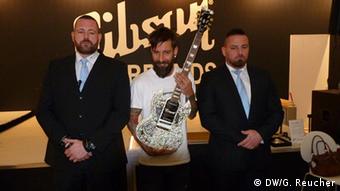 Bling with strings: the world's most expensive guitar

The announcement took place this week amidst raucous riffing and rambling of the Musikmesse Frankfurt - the world's leading musical instrument and technology trade fair, which runs until April 18. From the traditional to the technical, the Musikmesse showcases the latest developments from all aspects of the industry.

"The industry is innovation driven," explains Michael Biber, the head of Prolight + Sound. "Motion image resolution is always improving. Videos on YouTube are getting more professional and you can compose music on the iPad, without even playing an instrument." 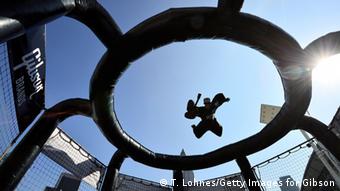 Gibson's AirDrome, which propelled daring guitarists at Musikmesse into the air with high-speed wind

With the breakneck technological changes in the industry, Musikmesse director Wolfgang Lücke says, "It is more convenient to press a button and fool around [with technology] than do the hard practice to learn to play an instrument." As such, traditional instruments such as pianos, accordions and harmonicas are suffering with sluggish sales in the German market - however guitar, electric piano and synthesizer sales remain strong.

German manufacturers still lead the charge when it comes to the crafting of pianos, brass and woodwind instruments, while the production of electric guitars is still firmly in US hands. As the home of the legendary Stradivarius, Italy still dominates the premium violin market, however China has emerged as a strong player across the board - especially in the production of instrument parts.

The bling is never too far away when it comes to the music business, and it is on full display in Frankfurt with Gibson's one off "Eden of Corone" guitar - constructed using 1.6 kilograms of gold and 400 carets of diamonds. Valued at $2 million (1.9 million euro), according to the "Guinness Book of Records" it's the most expensive guitar in the world - albeit not so suitable for shredding, unless you are Tony Iommi from Black Sabbath that is, who is on hand to give the bejeweled axe a daily work out.

With the annual Musikmesse and now with the planned Museum of Modern Electronic Music, Frankfurt is establishing itself as much more than a financial hub. After all, even bankers like to get their groove on after a hard day's work.

Season of change at the Beethovenfest

"Before one can portray something, one must be it," Beethoven once said. That may sound anachronistic, but Beethovenfest director Nike Wagner seems to take it seriously. This year's festival program is all about change. (15.04.2015)

Renowned singer Percy Sledge, whose claim to fame is his recording of "When a man loves a woman," has died at the age of 74. Sledge died of liver cancer at his home in Baton Rouge, Louisiana, according to his agent. (14.04.2015)

On the 21st anniversary of the suicide of rock legend Kurt Cobain, his daughter Frances Bean Cobain has released a film about her famous father, offering a new glimpse into the rock legend's life. (09.04.2015)