If you think Berlin is sexy now, you should have been there in the 80s. Expat Mark Reeder tells DW about the "music, art and chaos" of the day, and how his new film captures it all. 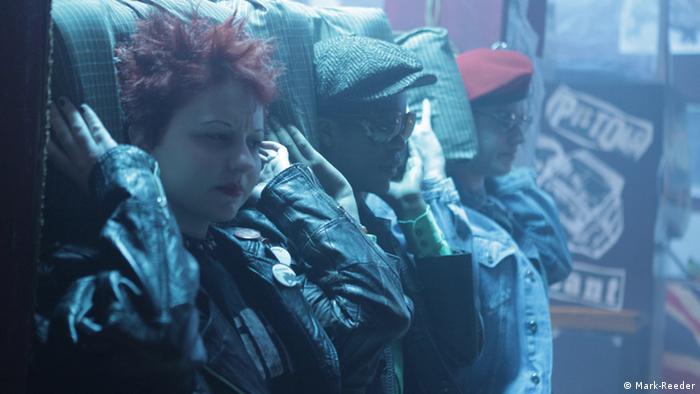 "B-Movie" is a remarkable snapshot of a long forgotten and barely documented time, the final decade in the island city of West Berlin when it was awash with artistic refugees, activists and squatters - a time when anything seemed possible.

Combining often unseen footage from 70-odd filmmakers, "B-Movie" is also the story of Mark Reeder, who arrived in the divided city from Manchester at the age of 20 in 1978, and quickly became a key player in West Berlin's unique sub-cultural life. He played in and managed bands, was the German representative of England's Factory Records (he organized Joy Division's only Berlin show), and later helped kickstart the techno music revolution.

With Reeder having already documented West Berlin for English TV programs in the early 1980s, "B-Movie's" directors, Jörg A. Hoppe, Klaus Maeck and Heiko Lange, had the perfect foil to relate this weird and wonderful West Berlin era. 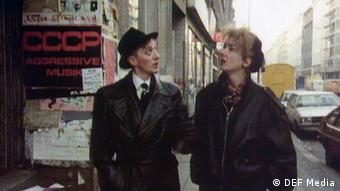 Mark, when you arrived in West Berlin, foreigners like Iggy Pop and David Bowie mostly came and left again. Why did you stay on?

I just felt at home here. I didn't know how to explain it then, and I still really don't. I just got here and immediately felt part of the city. I immediately felt like I belonged here. I fit in. I was weird enough to fit in with all the other weirdos. Living in Manchester, I always felt like a sideshow.

With West Berlin being an island within East Germany, the state subsidized people to remain here, to keep the city alive. Plus resident were exempt from military service. How important were these factors to the special atmosphere in the city?

They had to make it attractive. If they hadn't, Berlin just would have been full of little old ladies and the armies of the four occupying powers. Nobody else would have lived here in the West. Why would you want to go and live in the middle of nowhere. You got cheap housing, cheap rent, cheap taxis, you even got money for living. And as an added incentive, all men who are going to be potentially draftees into the army, if they went to Berlin, they were exempt from that obligation. Obviously it attracted all those that were living on the outskirts of their own societies. They were offered this opportunity to be refugees in Berlin. It provided this breeding ground for this alternative society.

What was unique about the creative network of artists and musicians centered around local bands like Einstürzende Neubauten? 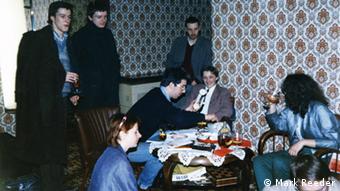 We just did it. That's the whole difference between now and then. There was more spontaneity. Making music was just something people fell into. For me, it was exciting because it wasn't driven by commercial aspiration of any kind. It was an expression of one's self. In Manchester, people made music so they could escape Manchester. They'd try and make a hit record so they could move to London or something. Anything to get away, to get out of your council house. Whereas here, people had fled to Berlin from West Germany, they'd already made that flight. So there was no commercial pressure. You just expressed yourself and did what you wanted. You didn't have to conform to anything.

How did Malaria! - the all-girl band you managed and took on tour with Nick Cave's band, The Birthday Party - epitomize this tradition of nonconformity in West Berlin?

They didn't adhere to the rules of rock‘n'roll. They just did their own thing. Malaria! weren't musos, they weren't totally proficient on their instruments. They would just bang it out and do the best they could. That gave it its charm and its spontaneity. It was exciting. 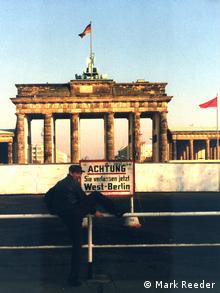 No barriers: Mark Reeder at the Brandenburg Gate in 1984

A lot of these so-called musicians were also artists and filmmakers.

That's right. Christine Hahn from Malaria! has an art gallery these days in New York. She also made music with [German artist] Martin Kippenberger.

You focus quite a lot on the squatting scene, and the riots and police violence that accompanied the occupation of empty buildings in the city in the early 1980s.

We have to thank these people. Without them, we wouldn't have this beautiful city that we have today. All these people who wanted to tear down all the old buildings back in the 1980s, they would have made our city very ugly. Right at the very beginning, I was at the first squatting protest on the Kurfürstendamm. I was one of the first squatters, unbeknown to myself. When I arrived in Berlin I stayed in this six room apartment with a marble staircase. It was a beautiful house that was due to be torn down. And then it was occupied by these squatters from Kreuzberg. They bricked up the wall and barricaded themselves in. This house is now a beautifully restored old building.

It seems as the 1980s went on, that many foreigners were drawn to this island of freedom, including Nick Cave who you knew before he moved here from London.

London was dead expensive for a start. When I told Nick how expensive my flat was [80 marks a month], he was like "what!" He would interrogate me about Berlin while we were on tour. I said just come over, you can stay in my place for a while until you find your own flat. And then one day 'ding dong' and he was on the doorstep. 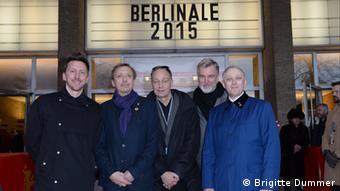 Heiko Lange, Klaus Maeck, Jörg A. Hoppe, Wieland Speck and Mark Reeder (left to right) at the film's premiere in February at the Berlinale

And the rest of the band soon followed?

Once Nick had established himself a little and said look, it's fantastic, you can drink for nothing, take drugs for nothing, everybody accepts you with open arms. Suddenly, it was like a free-for-all, it was like "come over."

Do you miss those days?

B-Movie screens across Germany from May 21.

From J.S. Bach to Kate Bush, the virtuoso with the spikey hair has completely redefined crossover. Love him or hate him, here's a look at the outspoken violinist Nigel Kennedy who's left his mark on music as we know it. (15.05.2015)

Berlin drops its cultural condom with music for the masses

As xenophobia rears up again across Europe and the world, DW's Stuart Braun hopes it might be different in the German capital - where the soundtrack befits the city's 190 nationalities. (12.03.2015)