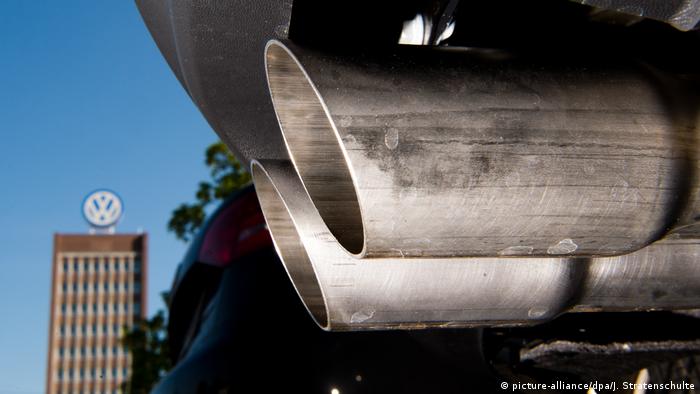 It's almost exactly six years ago that the emissions scandal of German carmaker Volkswagen (VW) was uncovered by the California Air Resources Board (CARB) on September 18, 2015. The "clean air agency," as it's also called, which forms a part of the Californian state government, wrote a letter to VW in the United States requesting that the German automaker explain why its diesel cars showed significantly lower nitrogen oxide emissions in testing situations than under real-world driving conditions.

It was only a few days later that VW was forced to admit it had installed so-called defeat device software in millions of its diesel cars to manipulate their emissions levels. The software is capable of switching off a car's emissions control system while driving in the real world and reactivating it in testing environments.

A whistleblower and dieselgate

The manipulations, which quickly became known as "VW Dieselgate," have affected more than 9 million cars under the VW brands Volkswagen, Audi, Seat and Skoda, which were sold in most parts of the world between 2006 and 2015. In that time, VW engineers even "improved and refined" the software, charges to be dealt with by the Braunschweig district court claim.

As of Thursday (September 16, 2021), the judges in the German town will be hearing evidence against four former VW employees. They include the former VW chief of development and his chief engine design engineer, as well as the head of the powertrain and electronics department at the Volkswagen branch. A former team leader in the exhaust treatment unit is also on the line. All four are said to have known about the cheating software or to have even helped develop it.

Surprisingly though, former VW Group Chief Executive Martin Winterkorn will be absent from the trial. The 74-year-old ex-CEO was set to appear before the court, but a recent operation left him "unable to appear," according to a medical opinion referenced in a statement by the Braunschweig court. It remains unclear when Winterkorn will be facing trial.

German auto expert Ferdinand Dudenhöffer, however, expects that Winterkorn's role will be "at the center" of unraveling the scandal. The director of the Center Automotive Research think tank in Duisburg-Essen, Germany, told DW that he hoped prosecutors would be successful in their bid to hold Winterkorn responsible for what happened. 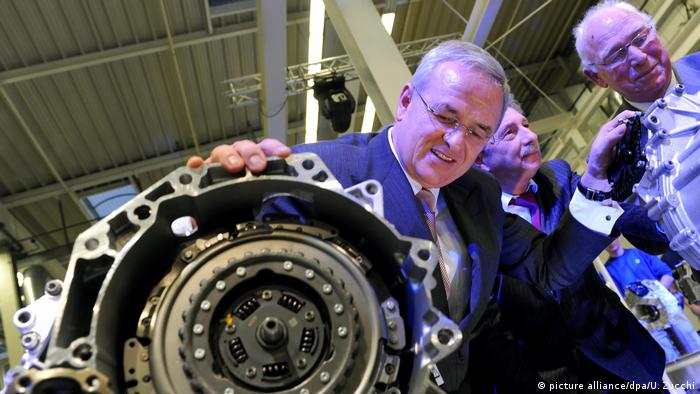 The charges leveled against the defendants include organized commercial fraud and tax evasion. The grounds for the charges are that thousands of former VW customers  were able to claim tax credits in Germany for the vehicles' alleged low emission levels. In Germany, organized fraud can be punished with up to 10 years in jail.

According to previewed court documents, all of the defendants will testify that they had either passed on their knowledge of the manipulations to their superiors and therefore cannot be held responsible, or that they didn't know anything at all about the wrongdoings.

Winterkorn will fall in the latter category of defendants, said Dudenhöffer — a claim that the auto expert isn't buying: "Normal human behavior suggests it is impossible for someone at the head of such a company not to know [what's going on]," he said, adding that this would be even more unlikely for a technology afficionado like Winterkorn, who would "know every screw" in a car.

Stefan Bratzel, another German auto industry analyst, echoes this view. The director of the Center of Automotive Management at the Bergisch Gladbach university of business studies ( FHDW), told DW that he would be "very surprised" if Winterkorn had no clue about his engineers' technology solutions.

The VW boss wanted to unseat Toyota as the world's leading car company, Bratzel argued. Winterkorn was seeking to market VW's "clean diesel" technology as an alternative to the Japanese carmaker's successful hybrid models, he said.

"I cannot imagine he didn't know how his engineers achieved their targets [on emissions reduction]," Bratzel added.

Six years after the emissions-cheating scandal broke, court proceedings against German auto industry executives have been launched at various companies belonging to the "VW family."

The former CEO of VW's Audi branch, Rupert Stadler, and three other defendants of the Ingolstadt-based luxury carmaker are accused of fraud, falsifying certifications and illegal advertising," prosecutors in the city of Munich said. The charges relate to sales of 250,712 Audi cars, 71,577 Volkswagens and 112,131 Porsches.

Apart from that, the sprawling 12-brand VW Group has so far been hit with over €32 billion ($37.8 billion) of costs relating to Dieselgate, much of it for fines, buybacks and compensation payouts in the US. Several dozen VW executives are still being investigated for their involvement in Dieselgate.

'See no evil, hear no evil, speak no evil'

At the center of the Dieselgate storm, CEO Martin Winterkorn, meanwhile, continues to adopt a three-wise-monkeys' attitude towards the German public and the prosecution. Having resigned from his post within days after the scandal broke, he was just as quick to deny "any wrongdoing" in his job as VW Group CEO.

Winterkorn's lawyer Felix Dörr still insists that his client didn't have "early knowledge of the manipulations in the engine-management software" — a claim the ex-VW boss repeated during a special inquiry committee hearing of the German parliament that dealt with the scandal.

In June this year, Winterkorn was also able to strike a deal for compensation with VW after a special law firm found Winterkorn had acted negligently but not with premeditation while in office.

Formerly one of Germany's best-paid executives, with a salary of €16 million in 2015 and now a VW pension of € 1.3 million per year, he got away with one-off damages to the tune of €11.2 million, which he now has to pay to the carmaker. Overall, VW Group is seeking damages of €280 million from the former executives considered responsible for the emissions scandal.

For Stefan Bratzel, the Dieselgate trial in Braunschweig must fully clear up the emissions cheating at VW and ensure legal consequences for those responsible. The German legal system is challenged to show that not only the small fry get punished, he said.

Ferdinand Dudenhöffer believes, though, that the German system is ill-equipped to deal with major business scandals. They are easier to disclose and punish in the US, he said, because prosecutors there have crown witness provisions at their disposal. Dudenhöffer called on German lawmakers to introduce legal changes, including stiffer punishment.

Volkswagen is accelerating into e-vehicles

Four former Volkswagen managers are on trial for organized commercial fraud relating to the company's emmission scandal. Ex-CEO Martin Winterkorn's trial has been split from the proceedings for health reasons.