Gerd Müller found himself in hot water after implying that all African men spend their money on alcohol and prostitutes. Müller said he was sorry for his "not very nuanced" comments. 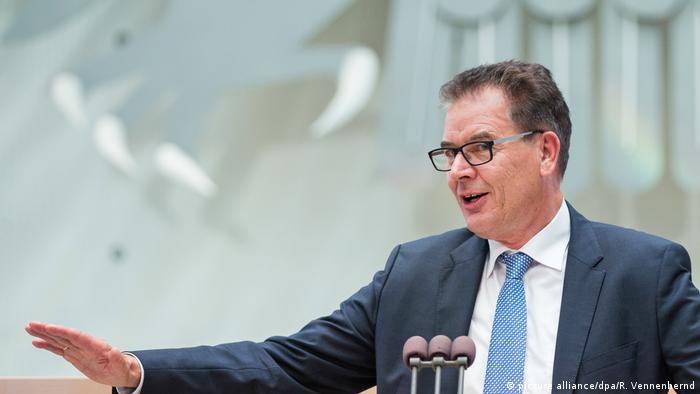 In a speech to conservative politicians, which was picked up by Germany's satirical news program the "Heute Show," the minister accused African men of being lazy drug addicts.

Müller was excoriated on social media, not only for his racist statements, which he claimed were meant to empower women, but for the perceived absurdity of a development minister conflating all African countries with a single unit.

"This is repulsive racism, thinly disguised as pseudoscience. Such comments are not worthy of a cabinet minister," said Social Democrat (SPD) lawmaker Katarina Barley.

This is the second such faux-pas made by conservative German lawmakers in recent weeks, with EU finance minister-designate Günter Oettinger slammed for calling a delegation of Chinese diplomats "slant eyes" and implying that political correctness run amok would lead to "compulsory gay marriage."

German Development Minister Gerd Müller is trying to drum up support for a Marshall Plan for Africa. Little is known about what it will involve, or cost. But critics doubt it is the right road to African renewal. (14.11.2016)

On a tour of Senegal, Niger and Rwanda, German Development Minister Gerd Müller repeated his call for a Marshall Plan for Africa. But is a post-World War II-style recovery program realistic or even necessary? (12.08.2016)