The German defense minister has ordered an investigation of the military following a recent spate of scandals, including an alleged mutiny on a naval training vessel and a suspicious shooting in Afghanistan. 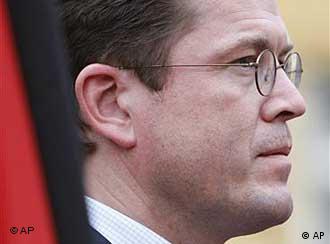 Defense Minister Karl-Theodor zu Guttenberg has ordered a thorough investigation of the German army, navy and air force following a recent spate of problems, including an alleged mutiny on board a training ship, the accidental shooting of a soldier in Afghanistan and claims of tampering with army mail.

The minister said he would also ask investigators to find out whether there have been cases of "a relationship between too much pressure on troops and breaches of the basic principles of the internal leadership," such as the frivolous handling of weapons.

Guttenberg said he believed that the recent problems were simply isolated incidents.

"But I'm taking a decisive step against all those who suspect the Bundeswehr of wrongdoing," the minister told the popular Bild am Sonntag newspaper. 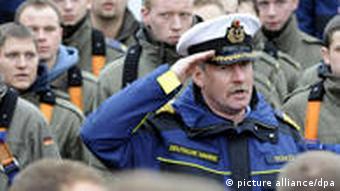 Norbert Schatz was sacked as commander of the Gorch Fock

Guttenberg has come under criticism in the past week over a series of military embarrassments, forcing Chancellor Angela Merkel to back him up.

Several high-ranking opposition Social Democrats, among them former Foreign Minister Frank-Walter Steinmeier, have accused Guttenberg of damaging the image of the Bundeswehr as a whole, after initially dragging his feet over the recent problems in the military.

On Friday Guttenberg dismissed the commander of the navy's training ship Gorch Fock after a fatal accident on board and allegations from cadets of bullying.

A 25-year-old female cadet fell from a yardarm to her death on the Gorch Fock in November. There were subsequent reports of a mutiny by her fellow trainees who claimed they were being mistreated by their superiors. There were also isolated allegations of sexual abuse.

Guttenberg ordered the ship, currently in southern Argentina, to return to port in Germany and to be taken out of commission while investigations are carried out.

But the Gorch Fock isn't the only defense scandal making headlines. Guttenberg's office has also been accused of mishandling information on the death of a soldier in Afghanistan in December. It emerged that the soldier had been shot dead by a comrade.

Guttenberg has said that he had "nothing to reproach [himself] for" regarding the incident, and insisted he had correctly informed the public the following day.

The Defense Ministry said it was unable to comment on reports that the soldier was "playing" with his gun at the time of the accident. A spokesman admitted that the ministry had delayed handing Guttenberg a military police file on the case.

The event has prompted questions about failures in internal ministry communication. 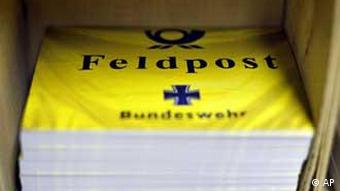 Soldiers claim their mail was opened

In a separate incident, soldiers have claimed that letters they had sent to their families from Afghanistan were tampered with.

The parliamentary ombudsman for the military, Hellmut Königshaus, alleged the mail from an outpost near Mazar-i-Sharif had been "systematically" opened and some items removed.

Chancellor Merkel's spokesman said any opening of post would be "a serious matter."

"If the investigation establishes that anything like this happened deliberately, there will obviously be sanctions," Guttenberg commented earlier in the week.

Germany has about 4,700 soldiers deployed with the International Security Assistance Force (ISAF) in Afghanistan. The armed forces mail department says it transports about 200,000 items monthly between Germany and units abroad.

The German defense minister has dismissed the commander of the naval training ship Gorch Fock after cadets complained of harsh treatment from superiors following a fatal accident. The ship will now return to Germany. (22.01.2011)