Germany's defense minister has dismissed the commander of the naval training ship Gorch Fock after cadets complained of harsh treatment from superiors following a fatal accident. The ship will now return to Germany. 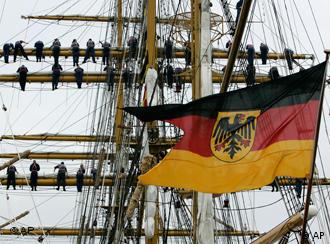 The Gorch Fock will now return to port in Kiel

German Defense Minister Karl-Theodor zu Guttenberg has dismissed the commander of the naval training ship Gorch Fock after rumors of mutiny following a fatal accident on board.

Guttenberg ordered the ship to "return directly to Germany" and asked for Commander Norbert Schatz to be temporarily relieved of his duty, according to media reports.

The Gorch Fock "will be removed from the list of ships at the ready, until a commission is formed including members of the German Bundestag that can determine whether the Gorch Fock has a future on the open sea as a training ship and emissary of Germany," the minister said. It will be docked in Kiel until further notice.

The vessel was ordered on Thursday to return to its last port of call in southern Argentina amid fears of a mutiny. Investigators boarded the ship and were trying to establish whether the allegations were founded.

In November last year, a 25-year-old female cadet fell from a yardarm to her death while the ship was sailing off the coast of Brazil. Cadets complained to an armed-forces ombudsman that they had been forced to clamber up the rigging, even though they were terrified of falling. There are also isolated allegations of sexual abuse. 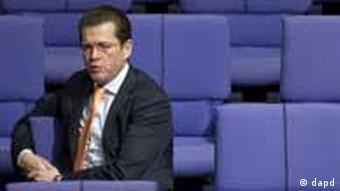 Guttenberg had come under intense criticism in recent days over his handling of the defense portfolio.

There were claims that letters posted by German soldiers in Afghanistan were being tampered with. His office was also accused of trying to cover up the circumstances of the death of a soldier last month, when it emerged he had been killed by the gun of a comrade.

On Friday Guttenberg said he had "nothing to reproach [himself] for" regarding the death, and insisted he had correctly informed the public the following day.

The Gorch Fock is expected set sail for the northern German port of Kiel at the beginning of February.

Following a week of media embarrassments for German Defense Minister Karl-Theodor zu Guttenberg, the coalition government has rallied ahead of a key vote on Afghanistan. (21.01.2011)