Berlin government presents united front ahead of Afghanistan vote | Germany | News and in-depth reporting from Berlin and beyond | DW | 21.01.2011

Following a week of media embarrassments for German Defense Minister Karl-Theodor zu Guttenberg, the coalition government has rallied ahead of a key vote on Afghanistan. 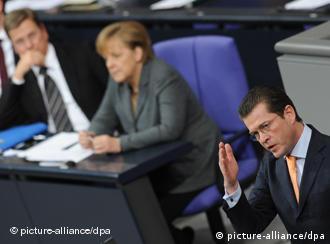 The extension of the German military mission in Afghanistan provided a hot topic of debate in parliament on Friday, after a week of embarrassing headlines for the defense ministry.

The government’s plans to keep around 5,000 members of the German military, the Bundeswehr, in Afghanistan for a further year is expected to pass in next Friday’s vote.

However, following awkward media revelations of soldiers’ letters being opened, an alleged mutiny aboard a naval vessel and the circumstances of the death of a Bundeswehr soldier in Afghanistan, the German government worked hard to present a united front.

Foreign Minister Guido Westerwelle told parliament, the Bundestag, that "in 2011 no one wants to be staying in Afghanistan permanently." He said Germany would do all it could to ensure a withdrawal from the country, as soon as it is securely possible. 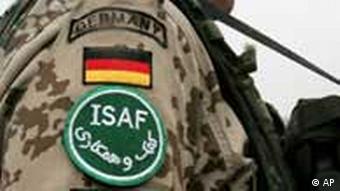 Germany has around 4,700 troops deployed in Afghanistan

For the first time, a provisional date for withdrawal has been named, with a gradual reduction of troops on the ground expected to start later this year.

Defense Minister, Karl-Theodor zu Guttenberg, also appealed to the Bundestag to approve the extension of the mandate, but reiterated that the Bundeswehr should not withdraw too soon from Afghanistan and overwhelm the fledgling Afghan security forces.

"I completely share [Westerwelle's] view that this year we can start with a fresh outlook," Guttenberg said. "It is logical that we withdraw, but only when the situation allows it."

Guttenberg has come under scrutiny and criticism in recent days for his handling of the defense department.

His office was accused of mishandling information on the death of a soldier last month, when it emerged he had been killed by the gun of a comrade. On Friday, Guttenberg said he has "nothing to reproach myself for" regarding the death, and insisted he had correctly informed the public the following day. 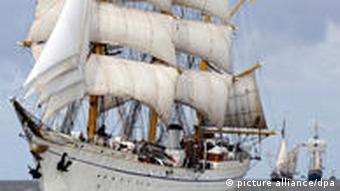 Earlier in the week, rumors of a mutiny following a fatal accident on the navy's training ship 'Gorch Fock' led Berlin to recall the vessel to port in Argentina, where it was sailing. Additionally, Guttenberg has come under fire over claims that soldiers' post to their families was being "systematically" tampered with.

Chancellor Angela Merkel stood by her defense minister, who is a popular figure within the government and with voters.

Merkel was "certain this excellent defense minister, who takes his responsibility towards the soldiers just as seriously as his duty to the parliament and public, will achieve his duties," her spokesman Steffen Seibert said.

During the parliament session, Development Minister Dirk Niebel also added his weight behind the German mission in Afghanistan.

He said Germany would increase the number of aid workers in the region from 800 to 2,500.

Germany is the third-largest provider of development aid, after the United States and Japan.

German development agency AGEF is currently under investigation in Afghanistan for failing to pay its employees. A closer look at the company reveals a string of suspicious activity. (21.01.2011)