An ongoing legal challenge brought by the Alternative for Germany is holding up the domestic intelligence agency's plans to monitor the party. 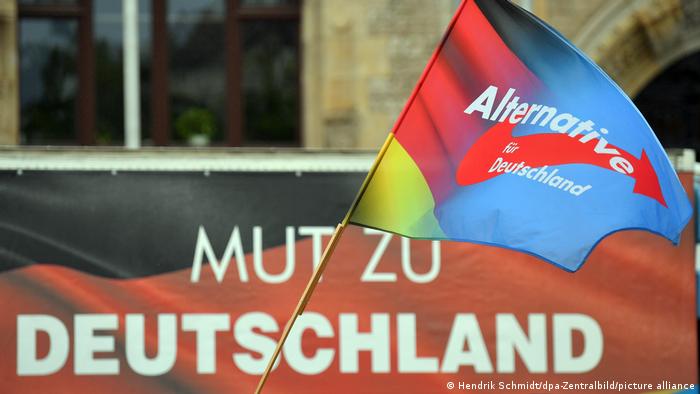 Germany's domestic intelligence agency must not declare the far-right Alternative for Germany (AfD) party a case for surveillance until proceedings brought by the party to challenge such a move have concluded, a court order stated on Friday.

German media had reported a day earlier that the Federal Office for the Protection of the Constitution (BfV), had placed the entire AfD under surveillance.

The BfV was apparently unable to announce the decision officially due to the ongoing legal dispute.

What is happening in the courts?

It filed the cases after reports leaked that the BfV was preparing to put the whole party under surveillance over potential ties to far-right extremism.

The AfD reasoned that being investigated would undermine its right to participate in elections on an equal footing with other political parties.

The far-right opposition party is hoping to keep its image clean  ahead of upcoming national and some state elections this year.

The AfD had previously secured a court ruling that prevented the BfV publicly calling it a "case under investigation."

What the Cologne court said

The Cologne administrative court said in a statement that it had ruled to suspend moves by domestic intelligence against the party for now. This was to prevent "unjustifiable interference" with the equal opportunities of political parties.

It said the BfV had failed to stick to an agreement to ensure its surveillance remained classified.

"This basis of trust has now been destroyed. With every announcement, the encroachment on the equal opportunities of the political parties deepens," it added.

The agency had previously pledged to not reveal any details on its assessment of the AfD publicly until the legal challenge was resolved and to refrain from spying on its lawmakers or candidates.

The BfV declined to comment on the suspension but it can challenge the ruling.

An appeal will have to be decided by the higher administrative court in Münster, the Cologne court said.