Vincent Keymer is regarded as the most talented chess player Germany has produced in half a century. The teenager is determined to plot his own path as he reaches for the pinnacle of world chess. 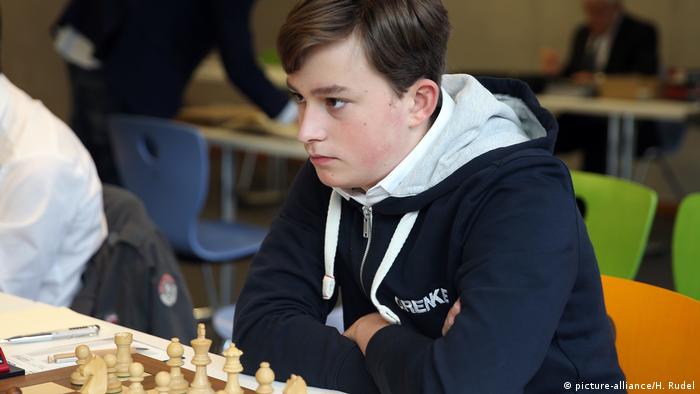 Vincent Keymer isn't the type of individual to be easily sidetracked – not by the COVID-19 pandemic, which has put a stop to chess players sitting across the board from one another, and not by the high hopes the German chess community is placing in the 16-year-old.

"External pressure has never been much of a problem for me," the student from the small town of Saulheim in western Germany told DW. "If I were to start trying to live up to the expectations of others, I would lose control over my own destiny."

The youngster, seen as the greatest talent Germany has produced in half a century, has been steadily climbing the competitive chess ladder. Keymer first beat a grandmaster at the age of 10 and at 14 he earned the title of grandmaster himself – becoming the youngest-ever German to do so.

By then he had already sat opposite world champion Magnus Carlsen for the first time – in the first round of a the Grenke Chess Open in Karlsruhe during Easter of 2019. 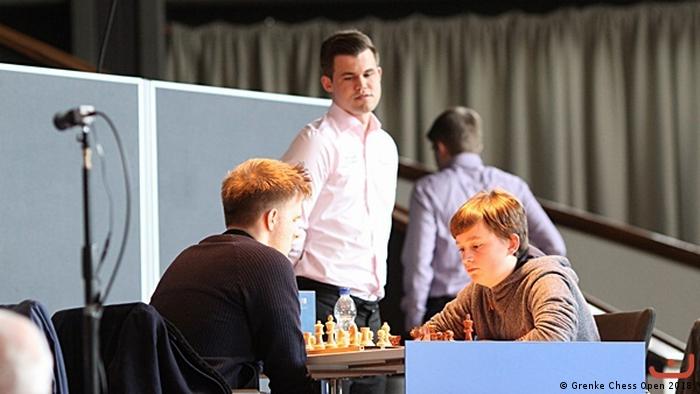 "I was nervous at the start of the match," Keymer conceded.

However, the budding talent more than held his own against the Norwegian, keeping him at bay for almost seven hours before the world champion finally emerged as the victor. Despite the loss, Keymer had demonstrated that he was capable of competing with the very best. Still, almost two years later, he is reluctant to speak about the possibility of him one day becoming the world champion.

"That's still a long way off," he said. "The top players make very few mistakes, and they exploit their opponents' mistakes pretty consistently."  And that's not all he's learned from competing against top opponents. "You have to develop a sense for when a situation is dangerous – and when it's not," he said.

Chess versus the classroom

Despite his successes to date, Keymer's further progress towards the top of the world chess rankings promises to be anything but a walk in the park, as the international competition in his age group is exceptionally strong. By his age, most of the players from places like India, Iran or Russia have already quit school to concentrate exclusively on chess. Among them is 17-year-old Alireza Firouzja, an Iranian national who resides in France. He is already being spoken of as a possible future world champion.

Keymer is not at that level yet, and the German, who has been working under the tutelage of former world championship finalist Peter Leko of Hungary for the past several years, is aiming to complete high school next year. After that, there will be nothing else standing in the way of pursuing his passion full time.

"It is obvious to me that I will concentrate on chess for a few years," he said. "I want to see how far I can go."

That's good news for German chess, because in recent years most of the country's promising youngsters have decided to go to university instead of trying to make it as a professional chess player.

Whether Keymer can make it as a pro remains to be seen. For the time being he, like everyone else, is dealing with the forced changes to everyday life that the coronavirus pandemic has brought with it. Keymer can currently play almost only online – mainly in matches with short time limit on a player's moves – something he finds very different to playing chess across the board from one's opponent.

"Now, it all depends on which computer mouse you have so that you can make your move as quickly as possible," he said.  He is also frustrated by coming up against "cheaters" on the internet who play with the aid of computers, something he says has become "worse and worse over time."

Waiting for a national team callup

Keymer's next step looks likely to be his first callup to the German national chess team – and he's already on their radar. At the end of 2020, he was one of the mostly young top players who signed an open letter to the German Chess Federation demanding more transparency and calling for the dismissal of the national team coach. Dorian Rogozenco, the national team's longtime coach, stepped down shortly thereafter.

The next World Team Chess Championship is scheduled for 2022 and should Keymer get the call, he will gladly take the opportunity.

"After all, you have little influence on when you're nominated and when you're not," Keymer said. "So when exactly I start playing national team is not that important, but I would be pleased."

The Netflix series "The Queen's Gambit" is a global hit. Although the story is fiction, Hungarian player Judit Polgar was a real-life prodigy.