German executives' paychecks have surpassed those of their British counterparts, new research has shown. A new study revealed not everyone in Europe's corporate world has learned their lesson from the financial crisis. 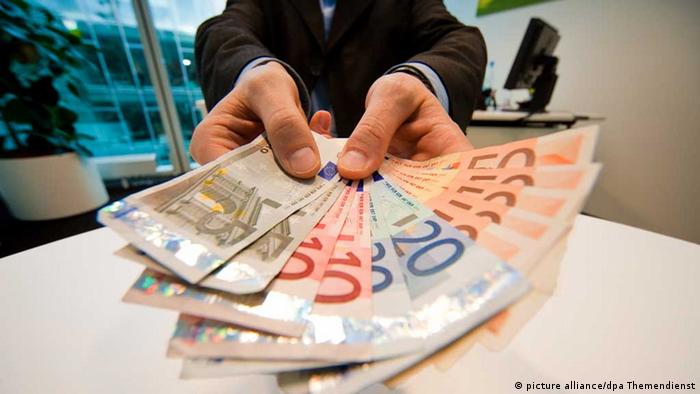 German CEOs bagged 3.44 million euros ($4.1 million) on average in 2013 versus the Britons' 3.4 million euros, according to research that focused on pay policy at more than 500 listed groups in five EU countries.

While seven out of 10 German CEOs received a raise in 2013, 61 percent of UK executives did not, according to Xavier Baeten, a professor at the Vlerick Business School in Belgium who headed the research.

By comparison, the salaries of more than four out of 10 Belgian CEOs remained the same or were cut. The sample did not include financial institutions.

The shift in the UK reflects pressure to rein in exorbitant pay practices, which drew both public and investor ire following the 2008 financial meltdown.

"There has been a change. There is much more scrutiny in the UK from institutional investors," the FT quoted Baeten as saying. "The UK is realizing that it was perhaps paying too much."

But the brake put on executive pay in Britain has not been implemented as strongly in other European countries.

Executive remuneration in Germany has shot up since the 1998 merger of car giants Daimler and Chrysler, which revealed a jaw-dropping rift between German and US pay policies. That exposure put pressure on companies in Germany to look more appealing to attract talent.

A 2009 German law boosted CEOs' salaries even further by linking their compensation to the long-term health of the business. As a result, many executives saw a surge in long-term variable pay incentives, such as stock performance.

Baeten warned in the FT that this could create a "problematic imbalance," as the "more typical, and already relatively generous, short term bonuses" have not been reduced accordingly.

This comes as another study, obtained by the FT last month, cautioned that the current compensation culture has led to some executives to resort to dubious means of boosting shares - for example, by mergers and acquisition activity, which does not guarantee enhanced profitability.

That report warned that relying on such measures could lead to "investment myopia, earnings manipulation, excessive risk-taking, and threats to organisational culture."

According to Baeten, Germany and Britain are particularly vulnerable to such risks, as variable remuneration respectively made up 67 and 61 percent of managers' total pay in 2013.

In the Netherlands, that number is 42 percent, whereas "Belgium and France are clearly more risk-averse, with respectively 34 percent and 33 percent of their packages variable," Baeten said in a press release upon release of his study.

Great Britain has withdrawn its legal challenge to a European Union limit on bankers' bonuses. It said it would not spend any more money fighting a losing battle. (20.11.2014)

The EU Commission has urged the bloc's banks to comply with new rules on staff bonuses or face punishment. A probe by its EBA banking watchdog has found out that many banks dodge the rules with unlawful handouts. (15.10.2014)