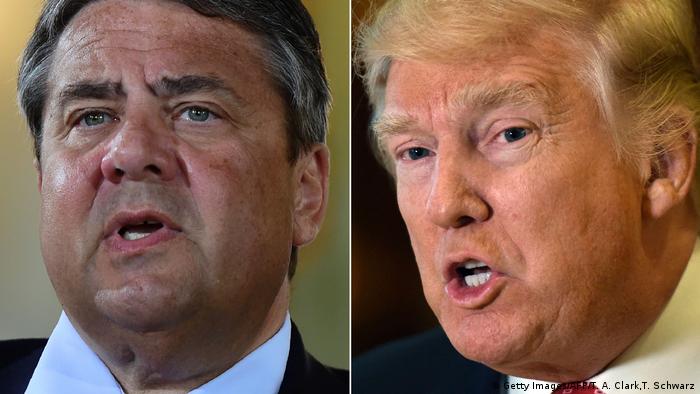 Germany cannot cope with Donald Trump, but it also cannot cope without the US, Germany's former foreign minister Sigmar Gabriel said in an interview with Augsburger Allgemeine Zeitung published on Tuesday.

The former diplomat said Donald Trump's methods increase international tensions and that there is trouble when the US president sees Europe as a "danger for the US."

But, at the same time, Gabriel said he would not "act like Trump is always simply wrong."

The 59-year-old Gabriel served as foreign minister before being replaced by Heiko Maas last year. He was also a vice chancellor under Angela Merkel and the leader of the troubled SPD party until 2017.

In the interview with the German daily, Gabriel said the US is more than its current president, noting that Trump's "harshest critics" also live in the US.

"And whoever thinks that all Trump supporters are just dummies, is also not fair to them," he said, noting that some of them had "solid reasons for their rage against Washington elites."

Gabriel also praised some of Trump's moves on the international stage.

"His criticism of China is justified, and so is his courage to negotiate with North Korea," Gabriel said of Trump. "And he is also right when he calls on Germany and Europe to get their terror-supporting citizens out of Syria and Iraq and put them on trial, instead of letting the Kurds deal with it."

Gabriel also called for an "alliance of fair markets" to be formed in order to deal with China.

"Not to fight China, but to move this big country to more transparency and fairness in international trade," he said.

Later this month, Gabriel is expected to be confirmed as the head of Atlantik-Brücke (the Atlantic Bridge), a prominent Berlin-based private association that works on strengthening ties between Germany and the US. Many notable German leaders, including top politicians and business executives, are alumni of the organization.

Talking to the Augsburger Allgemeine Zeitung newspaper, Gabriel said the Trump administration should be engaged "friendly, but also clearly and confidently."

"Wherever it is possible to have cooperation on equal footing, we are ready," he said. "When mere obedience is asked for, we are not."

The Ukrainian leader of a of pro-Taiwan caucus of lawmakers in Kyiv has said China is "proving to be a friend of our enemy." He added Taiwan could play a role in rebuilding Ukraine.