German Chancellor Angela Merkel's government has agreed on a new draft law aimed at outlawing child marriages. By the end of July 2016, almost 1,500 minors with non-German backgrounds were registered there as married. 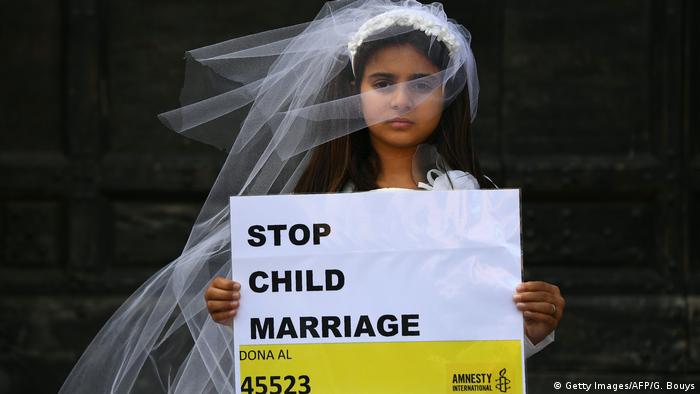 Germany's cabinet on Wednesday agreed on a proposal to outlaw child marriages. The recommended legislation, drawn up by Justice Minister Heiko Maas, sets the minimum age for marriage in Germany at 18 years and nullifies all existing marriages where a participant was under the age of 16 at the time of the ceremony. Courts would also be able to annul marriages in which one person was between 16 and 18 years old.

"We cannot tolerate any marriages that might harm the natural development of minors," Maas said, adding that children "do not belong in the registry office or at the altar." 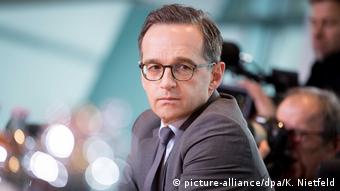 The age of consent for all marriages in Germany was previously 16, with 18-year-olds allowed to marry 16-year-olds in some cases.

The justice minister said the bill would tighten marriage laws being aimed particularly at marriages concluded outside of Germany.

According to the Cologne-based Central Register of Foreign Nationals (AZR), by the end of July 2016, almost 1,500 minors with non-German backgrounds living in the country were registered as married - 361 of them aged under 14.

The largest group, 664 children, came from Syria followed by 157 from Afghanistan, 100 from Iraq, and 65 from Bulgaria.

The proposed law allows youth welfare workers the right to take married children into state care even if they were legally married abroad and, if deemed necessary, separate them from their spouses.

Exceptions are also possible if the couple were married as children but are now both adults and want to stay married.

Under the bill, any attempts to marry minors in traditional or religious celebrations rather than state ceremonies will be punished with a fine.