He had attended an elite Nazi school, but after the war, he became a film star and an outspoken opponent of far-right violence. He has died at the age of 93. 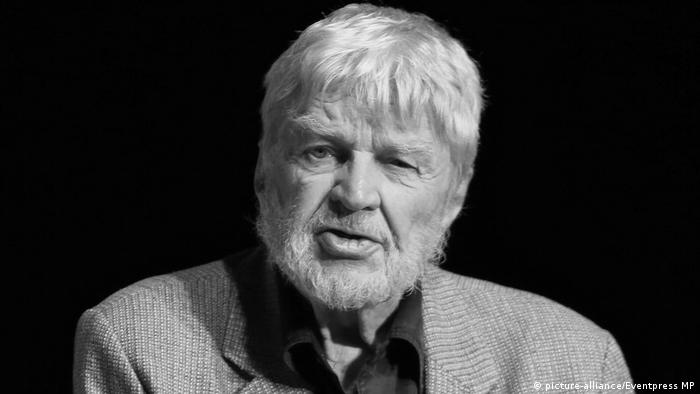 "I grew up with death, I got used to it," Hardy Krüger said in a 2018 interview with German press agency dpa just before his 90th birthday, when asked if he was afraid of death.

The retired film star referred to the fact that he had survived front line operations in World War II, bombings, and had escaped a death sentence and firing squad. "A person cannot usually be that lucky," he mused.

Eberhard August Franz Ewald Krüger was born in the Berlin district of Wedding on April 12, 1928,  during the era of the Great Depression.

His father, an engineer, was a fan of Adolf Hitler and an early member of the Nazi Party. A bust of Hitler stood on the family piano.

Time and again, Krüger said he was raised by his parents and teachers to be a Nazi. When he was 13, he was accepted as a student into the Ordensburg Sonthofen, a Nazi educational institution designed to shape the regime's future elite.

In 1943, Krüger played a minor role in the Nazi propaganda film "Young Eagles." During the filming, Krüger overheard an older actor say a comment about Hitler that would change his life: "Your demigod, that Austrian painter, is a criminal." Krüger then discovered what was happening in camps like Bergen-Belsen and Dachau.

Sentenced to death at the age of 16

With the "Nibelungen" SS division, Krüger was ordered to the front in early 1945. By then, he had lost all faith in the regime and the possibility of a victory. As such, he refused to shoot at US soldiers, and was sentenced to death by firing squad for "cowardice in the face of the enemy." But the SS officer designated to carry out the sentence refused to shoot him — perhaps because at 16, he looked like a child, Krüger later speculated.

Instead, he was deployed as a messenger, and promptly deserted during a mission in the Alps. He was captured by the Americans, who let him go, fell into the hands of Soviet soldiers shortly afterward but managed to escape. He made his way back to Berlin and in 1945, he arrived in Hamburg. 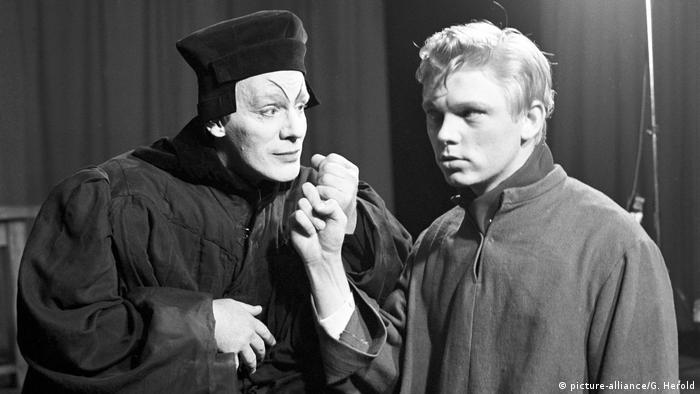 In the northern German port city, he worked as an extra at the Schauspielhaus theater, and as a news reader for British-controlled Radio Hamburg — a job he landed because the man, a British Jew, who interviewed him for the job was adamant he preferred "mercy before justice."

The Soviet Union, where Krüger's father had died in a camp, demanded the extradition of the Nazi's son. They dropped the issue after he changed his first name from Eberhard to Hardy.

At that point in his life, Krüger knew he wanted a career in acting, though not in German film, which he felt to be too shallow.

He was keen on the French New Wave. But he hit brick walls when he went to Paris in 1954, where he was told: "We had Germans like you galore, hundreds of thousands of them in gray uniforms. Scram!"

Breakthrough with 'The One that Got Away'

British filmmakers weren't interested in Krüger either — until he played a German air force officer captured during the Battle of Britain who managed to escape repeatedly from captivity in the 1957 film "The One that Got Away." The premiere of the film marked the beginning of Hardy Krüger's international film career.

A year later, Krüger was an internationally acclaimed actor living in Britain. That same year, a synagogue in the western German city of Cologne was smeared with swastikas. Horrified, the actor addressed his fellow Germans in an article in Britain's Daily Mail, saying he could not understand why former Nazis were allowed to work as teachers while the communist party was banned. Chancellor Konrad Adenauer scolded this "young German who wants to instruct the German government from England" — but he couldn't silence Hardy Krüger.

Fight against old and new Nazis

For decades, Krüger used the fact that he was a celebrity as well as his resources to fight "every old Nazi and every new Nazi," a fight that was to go on until he was almost 90 years old, visiting schools and giving lectures as well as cooperating with an initiative against far-right violence in 2014.

Krüger, who lived in California, saw that his commitment against right-wing extremism hadn't lost any of its urgency over the last years of his life.

5 things we can learn from Marlene Dietrich

Marlene Dietrich was born on December 27, 1901 — 120 years ago. She fled the Nazis and conquered Hollywood. She remains a role model in times of crisis.

Legendary actor and entertainer Betty White, most famous for her role as Rose Nylund in "The Golden Girls," died just weeks before turning 100.

Sidney Poitier, known for classics like "A Raisin in the Sun" and "In the Heat of the Night," was the first Black man to win an Academy Award for best actor. The renowned actor and director has died at the age of 94.