Premier Giorgi Kvirikashvili announced his departure in comments carried on television. Citing a dispute with Georgia's richest man and ruling party leader Bidzina Ivanishvili, it also followed a drop in his popularity. 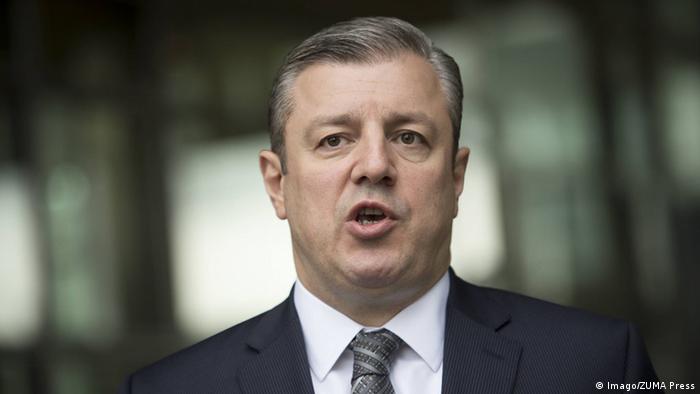 There has been growing discontent from within and without political circles towards Prime Minister Giorgi Kvirikashvili and his government in Georgia in recent weeks.

Accusations of economic mismanagement led to popular protest, a public transport strike in the capital Tblilisi and allegations of political influence in a murder trial.

Kvirikashvili has been Georgia's prime minister for more than two and a half years but he has come into dispute with former prime minister and head of the ruling Georgian Dream coalition, Bidzina Ivanishvili.

"I have always been a team player. I see the mood in the team, and I made the decision. I leave the post today," Kvirikashvili said in comments televised by the First Channel on Wednesday.

Under the constitution, the entire cabinet is obliged to follow the prime minister in stepping down.

Who is who in Georgia

Georgia lies on the eastern side of the Black Sea to the north of Turkey, Armenia and Azerbaijan and to the south of Russia, along the Caucasus mountains. 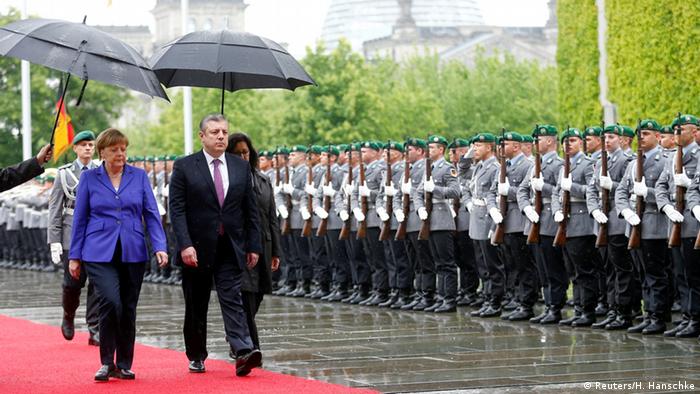 Kvirikashvili was received with military honors in Berlin in June 2016

It is up to Ivanishvili and his Georgian Dream to submit a list of new names for a cabinet to President Giorgi Margvelashvili within seven days. He then has an additional seven days before he in turn submits the cabinet nominees to parliament for approval.

Ivanishvili is Georgia's richest man who made his money in the 1990s in Russia buying and selling businesses during the privatization period. He has extensive real estate interests, owns a large collection of modern art — reportedly kept in a London vault — and a striking glass home in western Georgia which includes a zoo. He lost his Georgian citizenship in 2011 but still has Russian and French citizenship.

The Georgian Dream coalition won control of parliament in 2012 with Ivanishvili becoming prime minister and party chairman before he stepped down the following year.

Kviriashvili served as Ivanishvili's economy minister and then deputy premier, roles he kept in Irakli Garibashvili's government before he resigned in December 2015. Kviriashvili was then nominated by Georgian Dream as prime minister, a post he held until Wednesday.

The Georgian government has hit back at Syria by severing diplomatic ties with the Arab republic. Syria is now one of five countries that have recognized the Moscow-backed regions. (30.05.2018)