The 99-year-old German activist Wolfgang Lauinger, imprisoned for being gay in both Nazi Germany and postwar West Germany, has died. He was never rehabilitated for falling victim to Germany's anti-gay law Paragraph 175. 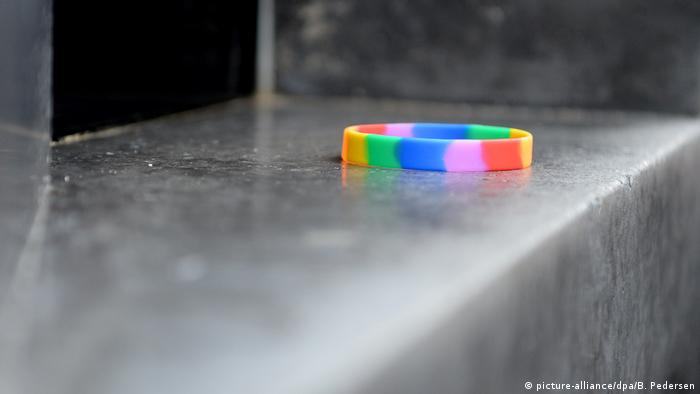 One of Germany's most tireless campaigners against homophobia and anti-Semitism died at the age of 99 in an old people's home in Frankfurt this week.

Wolfgang Lauinger, who was imprisoned both by the Nazi regime and in postwar Germany for being gay, died on Tuesday night without ever being rehabilitated or compensated by the German government — even though he had helped win a campaign for a rehabilitation law this summer.

Many German gay rights campaigners paid their respects this week, including the LGBTQ organization Magnus Hirschfeld Foundation, which tweeted: "We bow before a wonderful person, who fought to the end for the rehabilitation of persecuted gay people and the compensation for all consequences of imprisonment and conviction as a result of § 175."

Lauinger was one of the leading campaigners against Paragraph 175, under which sexual activity between men was a criminal offense, and which was part of the German Criminal Code from 1871 until its eventual abolition in 1994.

The Nazis tightened the law in 1935, increasing its maximum jail sentence to five years and prosecuting it more rigorously. Around 50,000 men were convicted under Paragraph 175 between 1933 and 1945, 5,000 of whom are thought to have been sent to concentration camps.

Lauinger, whose father was Jewish, spent eight months in prison from 1941 to 1942 for belonging to the "Swingkids" — a German youth movement that loved American swing music and saw itself as an alternative community to the Hitler Youth. He went into hiding with his mother after his release.

After the war, the West German judiciary kept Paragraph 175 in the Criminal Code, complete with its Nazi interpretation, and Lauinger was kept in investigative custody for five months in 1950-51 following one of the many raids that police carried out on gay meeting places.

His arrest was part of a persecution of the German gay community in the early 1950s that culminated in the "Frankfurt Homosexual Trials," which involved the arrest of over 200 people, several of whom committed suicide. Lauinger, thought to be the last survivor of the trials, was released without charge because a witness refused to testify against him, but a total of 70,000 men were eventually convicted under the paragraph in postwar West Germany until its abolition in 1994.

Even though Paragraph 175 was struck from the Criminal Code more than 20 years ago, it took until June this year for a law to be passed to grant those convicted rehabilitation and compensation. Though he was invited to the first hearing of the new law in the Bundestag, Lauinger's own application was turned down by the justice ministry in October — on the grounds that he had been acquitted in 1951. 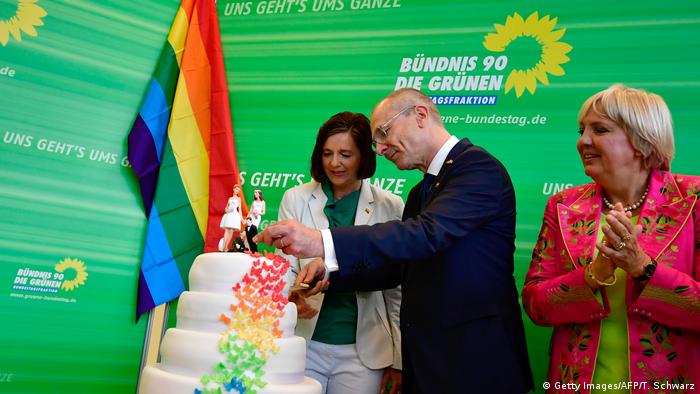 Lauinger expressed his disappointment to Buzzfeed earlier this month. "They made the law into a farce," he said. "What is the difference to a normal person who has been in prison for five months, whether they were released or acquitted?"

Volker Beck, former Green Party member of the Bundestag and LGBT rights campaigner, tweeted that he was "sad and angry" following Lauinger's death. "What a happy, optimistic, and clever person. He wanted his dignity to be recognized by the state, and the law by [Justice Minister] Heiko Maas, and the CDU, CSU, and the SPD refused him," he wrote. "He'll be swinging on in heaven. I'm sure of it."

Beck, who met Lauinger several times, remembered him as a "very intelligent person with esprit and humor. He had a combative optimism, and he wanted his story to help make this rehabilitation finally happen," he told DW. "He had such an unusual story, with this continuity of persecution from the time of National Socialism to the Federal Republic. He made his contribution by telling that story, and doing what he could to make sure that as many people as possible heard it."

Beck also said the government's rehabilitation law had done Lauinger and others like him an injustice. "The government made the wrong decision, because in those days people's social existence would be equally destroyed by investigative custody," he said. "If an innocent person was kept in investigative custody for theft it did not have the same consequences as someone imprisoned for homosexuality."

"It made me angry because you could see what it would have meant to him if there had been a different decision," said Beck. "He felt like this country did not respect his dignity, and it would have been nice for him to leave us more peacefully, without this tension."

German Justice Minister Maas, confronted by Buzzfeed over the case, could only say, "It makes me sad that the law could not be applied in this case. I don't know how that can be remedied."

Shrill, campy and brutally honest: Director Rosa von Praunheim is a pioneer and icon of gay rights in Germany. The tireless filmmaker's latest movie is released as he celebrates his 75th birthday. (24.11.2017)

After a multi-million-dollar postal survey and lengthy debate, Australia’s parliament has voted 146 to 4 in favor of legalizing same-sex marriage. The first weddings could take place early next year. (07.12.2017)