German President Joachim Gauck is in Tanzania to fortify relations between the two countries, which are strong and go a long way back, even if some difficulties have had to be overcome in the past. 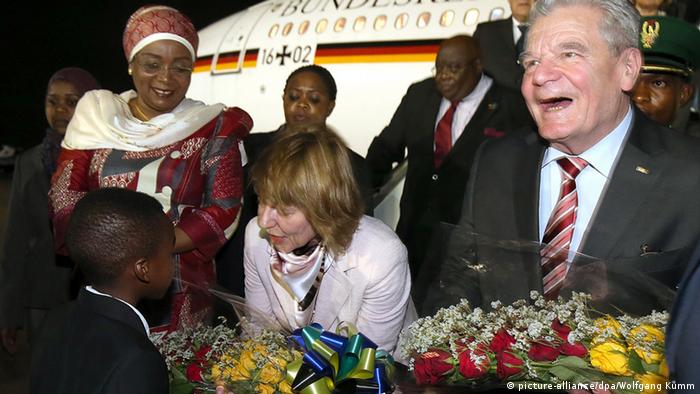 German President Joachim Gauck’s state visit to Tanzania on Tuesday (03.02.2015), picks up where his predecessor Christian Wulff left off. Wulff had planned a trip to Africa, including the former colony, at the beginning of 2012, just a few days before he stepped down as head of state. Gauck’s decision to finish what Wulff started is not a mere formality, says Richard Shaba, office manager of the German Konrad Adenauer Foundation in Dar Es Salaam. "Our countries have strong historical ties," Shaba told DW. Some of these ties go back to the time when the territory was under German colonial administration. Although it was a formative experience, it did not hurt the two countries' present relations.

Still, long after the end of German colonialism, there were at least two difficult moments in diplomatic relations, Shaba adds. The first one came right after Tanganyika and Zanzibar united to form Tanzania in 1964. While Tanganika had ties with the German Federal Republic in the west, Zanzibar preferred the German Democratic Republic (GDR) in the east. 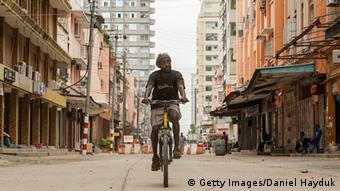 Dar Es Salaam is twinned with the German city of Hamburg

At the time, the so-called “Hallstein doctrine” resulting from the Cold War, kept western Germany from maintaining diplomatic relations with any country which recognized eastern Germany. Tanzania’s first president Julius Nyerere saw the attempt to get him to abandon relations with the GDR as inadmissible interference in internal affairs and expelled all Germans, except embassy personnel, from Tanzania.

A second difficult moment occurred in 2013, when Dar Es Salaam refused to accredit a new German ambassador without explaining why. Formally, countries have a right to act this way, but it led to a diplomatic upset. The German Foreign Ministry said at the time it did not "comprehend" the decision.

But these difficulties have been overcome. The Tanzanians are looking forward to President Gauck’s state visit, says Mwesiga Baregu, political scientist and expert for international relations at the University of Dar Es Salaam. "German organizations play an important role in building up civil society in Tanzania," she explains.

Apart from holding talks with his host, President Mrisho Kikwete, Gauck will meet representatives of civil society. Professor Baregu believes that there will also be room for some criticism during that meeting.

For instance, concerning the Escrow scandal: in 2014 an electric utilities company embezzled public monies to buy bonds from a private energy firm. When the scandal was discovered by the Tanzanian parliament, international donors, including Germany, suspended their payments. The money wil only be paid back once all the facts are disclosed.

This year, Tanzania will hold general elections and a referendum on a new constitution. This could put a big strain on the budget, says Professor Baregu. So President Kikwete will try and get some support in this matter, she believes. As an important partner, Germany is ideally placed to convince other donors to unlock development aid. Economic relations will also feature strongly in the two presidents' talks. 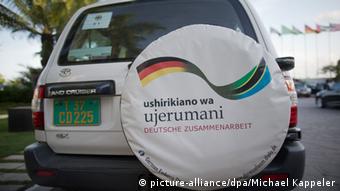 Representatives of German industry will be accompanying Gauck on this trip. Political scientist Baregu says current economic relations in the private sector are "weak, but growing." Tanzanian gas reserves are propelling German investors' interest in the country.

Richard Shaba from the Konrad Adenauer Foundation says another potential area of interest for foreign investors is renewable energies. Since Germany is a forerunner in the sector, it could play an important role in Tanzania. "Germany can contribute in a decisive way to a positive change in Tanzania concerning the protection of trees and the climate." There is enough wind and sun, he points out, but a dearth of experts.

Agribusiness begins to boom in Africa

The world's population is constantly growing, and with it the interest of investors in Africa's arable land. The continent has vast untapped potential - but can local producers compete with foreign companies? (22.01.2015)

Zanzibar: Transformation of a state broadcaster

DW Akademie spent a year working closely with the Zanzibar Broadcasting Corporation (ZBC) as it began introducing reforms. The project has now wrapped up and Regional Coordinator André Surén reflects on the changes. (15.01.2015)

Development aid 'still not getting to the right people'

The European Union is the biggest donor of official development aid. It has declared 2015 to be the “European Year of Development." This will be followed with great interest in recipient countries such as Tanzania. (09.01.2015)