Street Debate: Is Gambia's Adama Barrow getting drunk on power?

On December 4, Gambian voters will head to the polls to elect a new president. The election will mark the first time voters decide since the electoral defeat of former president Yahya Jammeh in 2016 ended his 22-year dictatorship.

Saturday's vote will likely set the course for democratic governance in Gambia for years to come. The stakes are high — and young Gambians know it, as they made clear in The 77 Percent's Street Debate in Banjul.

A significant issue hanging over the election is the candidacy of current President Adama Barrow. His commitment to leaving power after three years — a vow that convinced many Gambians to vote for him in 2016 — has morphed into a broken promise.

It appears that Barrow is determined to be more than a transitional president, which has irked some young voters. 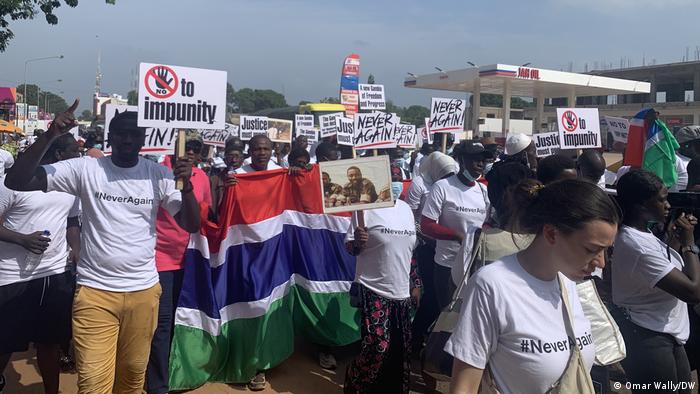 "The most important part of it is the promise that he was going to step down," lawyer Yankuba Darboe told DW during the street debate. "For the first time, we were going to have a president who gracefully stepped down from power."

"Remember, the first president [Dawda Kairaba Jawarah] had to be kicked out," he said. "The second one [Yahya Jammeh], the sub-region had to come and help us remove him. God knows what will happen with [Barrow] now that he's trying to entrench himself in power."

Darboe is also a member of the political advocacy group Three Years Jotna, which is calling for Barrow's resignation. The group's name derives from the Wolof word "jotna," meaning "year," and roughly translates to "three years are up."

But not everyone agrees. Some young Gambians see nothing wrong with Barrow's decision to remain at the helm and seek reelection.

"He ruled this country with an open mind in a democratic manner," said Lamin K. Saidy from the youth wing of Barrow's National People's Party (NPP), which Barrow formed in 2019.

"He ensures that the democratic institutions are functional and that they dispense their mandate without fear or favor," Saidy argued during the DW debate.

Search for truth and reconciliation

Besides the question of Barrow's candidacy, Gambians are also wrangling with a range of other serious issues, ranging from impunity to constitutional reform and migration.

After taking office, Barrow established the Truth, Reconciliation and Reparation Commission in an attempt to foster national healing following years of human rights abuses under Jammeh. The aim was to prevent a repeat of the violations and abuses suffered through making recommendations. The commission submitted the report's findings last week, but the proposals have not yet been made public. 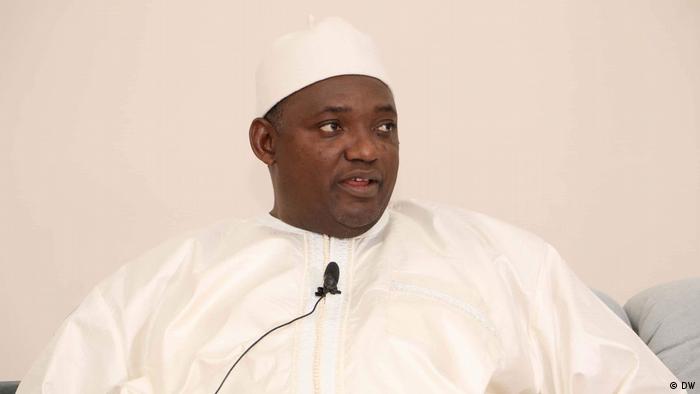 Barrow's security sector reforms have also yet to emerge: According to the Bertelsmann Transformation Index's 2020 report on Gambia, there have been accounts of national security forces being heavy-handed toward citizens. The index, which is compiled by the German Bertelsmann foundation that is linked to German media conglomerate Bertelsmann, analyzes and compares transformation processes toward democracy.

Meanwhile, the country has undergone several major political shifts under Barrow — including three vice-presidents — as well as a chaotic constitutional reform process that ultimately collapsed after individual politicians tried to secure their grip on power. The country is also struggling with an "unsustainable" debt burden, according to the index.

Gambian political analyst Sait Matty Jaw says conflicting information from all sides has led to confusion among the public, ultimately hindering reconciliation and the path forward.

"In this country, there are a lot of truths," he told DW. "And we have not been able to sit together in a discourse and put those truths together."

Jaw believes it's time for the country's leaders to work toward better cooperation, but that young Gambians should also step up.

"The biggest problem in this country, and I think in many other African countries — Senegal is maybe perhaps moving forward — [is that] political leaders do not meet," he explained. "Sometimes they meet for photo opportunities, but when they go back [to their offices], they start saying something different.

"The future is the youth, and the youth must wake up." 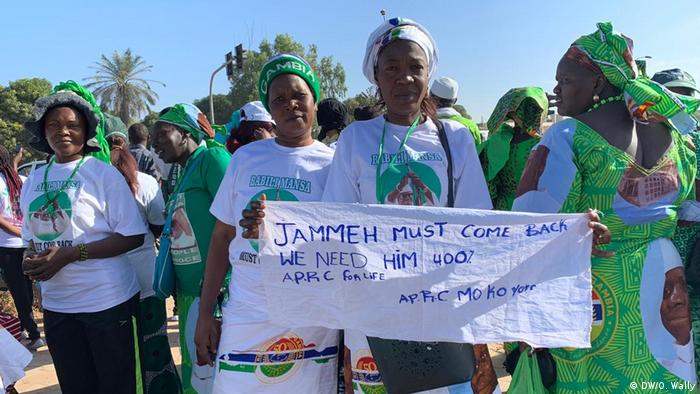 The election is expected to be a tight race between Barrow and longtime opposition leader Ousainou Darboe. He served as vice-president and foreign minister under Barrow before Barrow left the United Democratic Party to form the NPP in 2019.

As voters get ready to head to the polls on Saturday, many are hopeful that the power transition will be peaceful, regardless of the outcome.

"We have a responsibility in this country to make sure that there is a peaceful election," said Mustapha Sonko from the Gambia National Youth Council.

But former dictator Jammeh is not entirely out of the picture: Despite being forced into exile in Equatorial Guinea, Jammeh has joined forces with candidate Mama Kandeh, a member of the Pan-African Parliament and founding leader of the Gambian Democratic Congress party.  Consequently, Jammeh still retains significant political support among some Gambians, and his shadow could yet destabilize the country's democratic transition.

Although there is no clear frontrunner, Three Years Jotna activist Darboe believes the results will speak for themselves.

"Whoever emerges as the winner of the election is the will of the Gambian people."

Edith Kimani contributed to this article.

A new draft basic law for The Gambia seeks to ensure the shortest spell in office for any leader since independence in 1965. The cabinet of President Adama Barrow is not impressed.

Gambia gets ready to swap marbles for ballot papers

Voting in Gambia is unlike anywhere else. Instead of casting a paper ballot, Gambians cast a marble instead. But plans to do away with the traditional practice have sparked a heated debate in the country.

Street Debate: Is Gambia's Adama Barrow getting drunk on power?