A truth and reconciliation commission has begun to investigate alleged rights abuses during the 22-year-long rule of Yahya Jammeh. Authorities have vowed to shed light on extrajudicial killings, torture and other abuses. 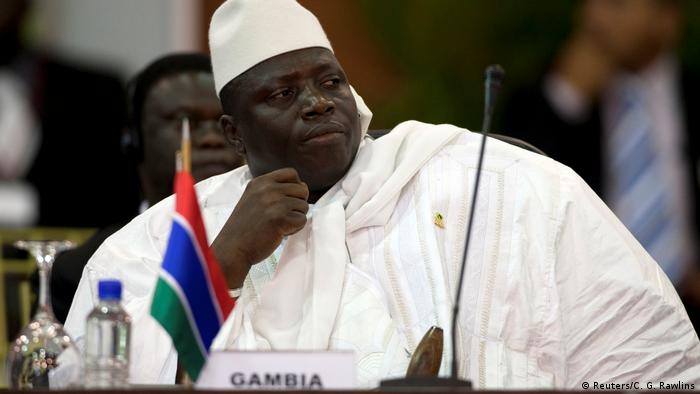 A truth commission in Gambia has begun investigating alleged rights abuses committed during the 22-year regime of Yahya Jammeh.

Modeled on South Africa's investigation into the apartheid era, The Truth, Reconciliation and Reparations Commission (TRRC) aims to shed light on extrajudicial killings, torture, forced disappearances and other alleged abuses during the Jammeh regime. It's expected to last two years.

The initial proceedings of the commission plan to hear testimony from witnesses and victims of the 1994 coup that brought Jammeh to power in the tiny West African country.

"Today is the day, and we want to hear from every single witness and victim," said Baba Jallow, TRRC executive secretary and a former journalist who was forced into exile in 2000.

'I thought I would die'

The first witness, police official Ebrima Chongan, testified he was tortured after the coup in a prison outside the capital, Banjul.

"They beat me and pulled me out and showed me some blood and one of the soldiers asked me to say my final prayers," he said. "I am not embarrassed to say I was screaming. I thought I would die."

President Adama Barrow has said the commission is a way to promote national healing, provide closure to victims and families and launch possible prosecutions.

Jammeh's rule ended in 2017 after he lost elections to Barrow, then an opposition leader.

After a tense standoff and uncertainty over whether he would stand down, Jammeh fled into exile to Equatorial Guinea when West African countries intervened militarily and diplomatically. 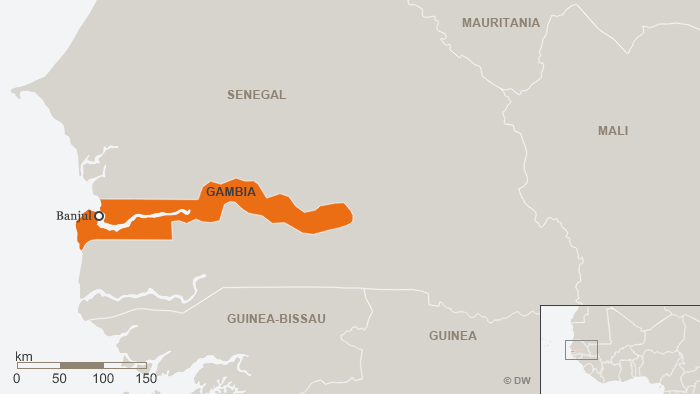 Amnesty International said Monday the start of the hearings "is an important initial step toward securing justice, truth and reparations in Gambia and shows a strong commitment by the government to break with a past of systematic human rights violations."

"We hope that the testimonies and the information collected during these hearings will enable the truth to be known and made public and contribute to a renewed commitment to justice and accountability for all those Gambians that have been victims of human rights violations for more than 22 years," the rights group said.

The 11-member commission is authorized to advise prosecution of perpetrators and recommend financial compensation to victims.

Truth and reconciliation commissions were popularized by South Africa's post-apartheid experience in the 1990s. Proponents say they allow abuses to be uncovered and countries to move on from trauma.

But critics say crimes are often dealt with too leniently, and say the commissions may be used to go after political opponents.

After 22 years of dictatorship, The Gambia is steeling itself to face up to its troubled, unpleasant past of arbitrary arrests, torture and lives spent in exile. The new government is urging Gambians to be patient. (10.03.2017)

Gambian President Adama Barrow has said that during his first year in office his country has made tremendous progress, especially within the economic sector but security challenges remain. (26.01.2018)

Gambia's search for truth and justice

Gambians went through torture, murder and abuse in the 22 years dictator Yahya Jammeh ruled the country. A new commission was appointed to investigate the crimes and compensate the victims. Katrin Gänsler reports. (15.08.2017)

Gambia’s former president Yahya Jammeh has been accused of human rights violations during his 22-year rule. Victims and human rights activists hope that he will face justice, but many Gambians remain sceptical. Listen to this week’s show to find out why.