The EU could tighten visa requirements for Gambians following Banjul's refusal to accept deportees from Germany. Experts say Gambia's decision to reject its citizens could have wider consequences. 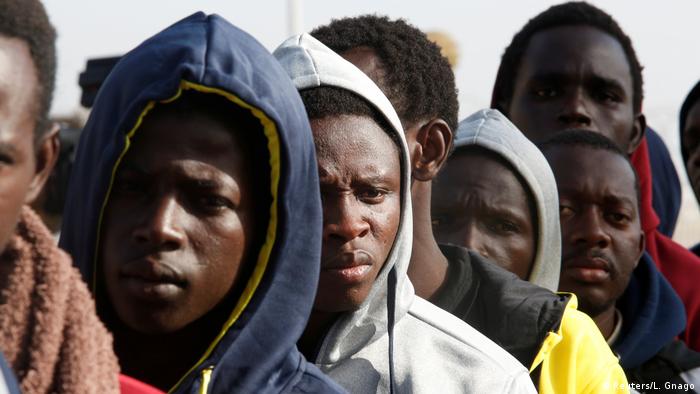 The European Union is mulling over Gambia's decision to deny landing permits to flights carrying Gambian deportees from EU countries — particularly Germany. More than 2,000 Gambian migrants who have exhausted their asylum appeals in Germany are awaiting repatriation.

According to initial plans, the first batch of "failed Gambian asylum-seekers" was expected to arrive in Banjul, Gambia's capital, on September 1. But an official from Gambia's Foreign Ministry responsible for diaspora affairs told local media that Gambia's new position is not to accept requests for deportations. Gambia has cited security concerns and the inability to reintegrate as reasons for its decision.

Gawaya Tegulle, a Ugandan expert in international law, said the move is unlawful. He argued that each sovereign state has an obligation to welcome back its nationals to its territory at any time. "Therefore, the action per se by the government of the Gambia has no place under international law," Tegulle told DW. "It is illegal before we start even to list the demerits of the circumstances surrounding the decision."

Tegulle also added, however, that he disagreed with Germany's move to send hundreds of Gambians back home. "We are seeing two wrong decisions. I do not agree that the decision to deport all these people is lawful," Tegulle said.

The European Union plans to tighten visa requirements for Gambian nationals — a decision that may affect the entire African continent. "Looking at history, I suspect we may be going close to sanctions against government officials of Gambia," said Tegulle, adding that it was now conceivable that there could be wider visa restrictions from the EU and other Western nations affecting not only Gambia, but Africans in general.

"There will be the fear that because Gambia is being seen as defiant, we may see increased visa restrictions against Gambian nationals and also African nationals by the EU and the broader Western community because there is the fear that there are migrants from these countries and they will not be able to get them back," he said.

There are almost 7,000 Gambians without residence rights in Germany alone.

Tegulle thinks it's unwise for the EU to deport more than 2,000 people back to a country grappling with soaring unemployment. "The Gambians would be more comfortable if their people come back with their arms full of gifts of gold and silver," Tegulle said. Moreover, Tegulle insisted there is no reason why the EU should be treating people like this in the age of globalization.

"They didn't go to Europe to be deported back to Africa," he said.

With thousands of Gambians set to be deported from Germany, Yahya Sonko, a refugee activist in Germany's state of Baden-Württemberg, said German and Gambian authorities should negotiate a deal to solve this problem. "Gambia should come up with an official statement that indicates its position in this issue. Then we will use that official position of our government to challenge different courts here, and these people will be free," Sonko told DW.

Gambian authorities have avoided making allusions to the political benefits of the move. Instead, they say the refusal to accept migrants is because of their remittances to the country's economy. According to the International Monetary Fund, Gambians in the diaspora sent back $588 million (€495 million) in 2020, making up for the country's loss in tourism revenues. Remittances from an estimated 118,000 Gambians living abroad account for over 20% of the country's GDP.

Political observers say President Adama Barrow could, however, be seeking political capital from his decision not to welcome migrants expelled from the EU. Gambia's presidential election is scheduled for December.

But for some, like Emmanuel Bensah, a policy analyst on the Economic Community of West African States (ECOWAS) and the African Union, several factors, including the pandemic, do in fact need to be considered before taking in the migrants.

"The Gambia's president cannot be sure of the COVID-19 status of those who are being deported. In addition, the Gambia is a small country, and the health system has not been coping so well with COVID-19," Bensah told DW. According to him, the arrival of migrants could be an added burden for the country. "The other thing is that the Gambian government since 2017 has become quite unpopular. The euphoria connected with Barrow winning the presidency when ECOWAS intervened to get rid of [former President Yahya] Jammeh has died down."

The former Gambian ruler was criticized for human rights violations that included the jailing of journalists and political opponents.

When Barrow was sworn in as president for the first time on February 18, 2017, Gambians were optimistic the country would usher in a new era of democracy. But Barrow's decision to stay on for five years instead of the three he had earlier promised dented any hopes that the tiny West African nation would witness genuine democratic reforms. 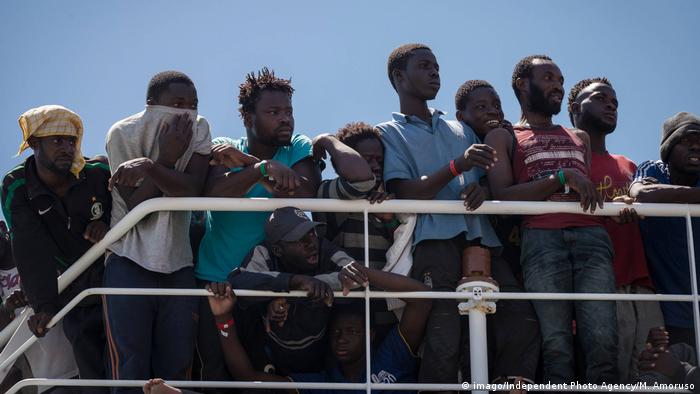 Most Gambians have accused the government of abdicating its responsibilities. "This government is not serious about the plight of Gambians both at home and abroad," said Smith Omar, a young Gambian in Banjul.

"On the contrary, to the credit of European institutions, this government has received millions of euros in aid, especially for youth empowerment. But what is the impact of this youth empowerment project?" Omar asked, "It is quite clear that these projects have failed," Omar told DW.

"I think they lost the trust of the people," another Banjul resident told DW. "They [Gambia's government] are doing it for their own benefit. But it is not for the benefit of people who are supposed to be deported."

Is Gambia setting a precedent?

There are fears that Gambia's refusal to welcome home migrants expelled from the EU may become the new normal for African countries.

International law expert Gawaya Tegulle said the recent Gambian decision is not isolated, citing similar incidents involving Sierra Leone, Guinea and Eritrea. He added that in 2016, Gambia had taken similar measures, only caving in later after being threatened with sanctions by the West.

But ECOWAS policy analyst Emmanuel Bensah disagrees. He thinks that no African country can copy the Gambian example. "Sometimes these cases are rather isolated," he said, pointing to Uganda that has been very active in receiving migrants from Afghanistan after the Taliban took control. "With what Uganda has done and is doing even for Afghans, I don't foresee that this is going to spark a trend in other African countries."

Bensah also regrets that the standoff between Gambia and the EU is a test of the West African country's diplomacy. "The EU is going to restrict visas for Gambians. That is not a good sign," Bensah said. "But I think if they can appeal such an EU decision through ECOWAS, for example, they can get ECOWAS as an honest broker to help roll back some of the restrictions the EU wants to impose," he said.

Tegulle believes it's high time both parties held a frank discussion over the migration crisis. "This is a very delicate issue that has to be reshaped in a broader and deeper and more sincere conversation. This issue concerns human beings who deserve better than they are getting now," he said.

Omar Wally in Banjul contributed to this article.

Thousands of Ethiopians and Somalis flock to South Africa through Tanzania every year. Their journey to reach a safe haven is not without challenges. In June alone at least 88 people were found dead in East Africa.

Drownings in the Mediterranean killed two-thirds of the estimated 3,694 migrants who died or went missing worldwide this year. The International Organization for Migration (IOM) says it's the deadliest route worldwide.