The Gambian government has denied reports of an attempted coup on President Yahya Jammeh. Three suspects including the alleged ringleader were killed by forces loyal to the president, a military officer said. 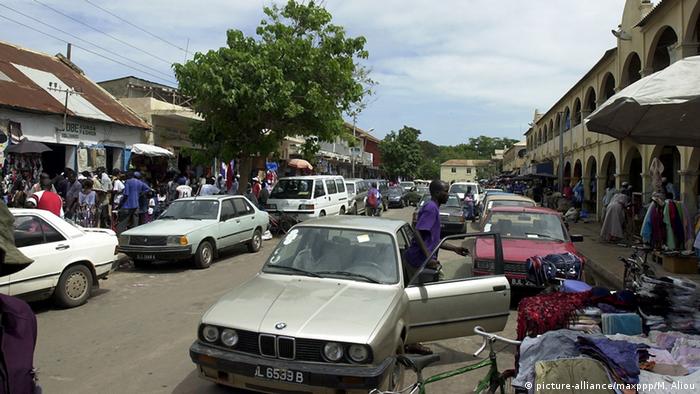 Heavy gunfire rang out near the presidential palace in Gambia's capital Banjul on Tuesday, but the government denied reports of an attempted coup.

A diplomat told Reuters news agency that unknown gunmen had attacked State House during the night. But he said the shooting eventually died down.

Security forces loyal to President Jammeh, who has ruled Gambia for two decades, killed three suspects including the alleged ringleader, according to the news agency AFP, which cited a military officer.

President Jammeh was on a private visit to Dubai, Gambian officials said, whereas state media reported that he had left for France on Saturday. A French foreign ministry spokesman said Jammeh was not on an official trip in Paris.

The president, who once vowed that only God could shake his grip on power, has been under fire for serious human rights abuses. After allegations linking him to the 2004 killing of Deyda Hydara, a prominent journalist and opponent of the regime, the president launched a crackdown on press freedom.

A young Gambian journalist, who was willing to talk to DW on condition of anonymity, said news of an attempt to overthrow the president had taken people in Gambia by surprise. "We didn't expect this, we didn't see it coming because he has been somebody who has been very brutal. People are very scared publically. Even for granting this radio interview I'm at risk at the moment."

The journalist said that one of the factors that may have prompted the coup could, in fact, be growing insecurity in the population and human rights violations.

The young man said he heard that a former military officer was behind the coup, but he pointed out that there was no mention of the coup attempt by the state-controlled media. "In fact, the government has not come forward with an official statement regarding the coup plot. So people on the ground here are relying on information coming externally. That is, diplomatic or other forces."

Nikolaus: 'Gambians live under a climate of fear'

The Gambia has pulled out of the Commonwealth. It accuses the institution - many of whose members are former British territories - of "neo-colonialism." The tiny West African country is known for violating human rights. (03.10.2013)

As World Day Against The Death Penalty comes round for the tenth time, memories in Africa of the execution of nine people in Gambia in August are still fresh. A subsequent moratorium was given a guarded welcome. (10.10.2012)