The Leibniz Institute for the German Language has amended its neologism dictionary. Institute director Henning Lobin spoke to DW about new German words and the Anglicisms continually creeping into the language. 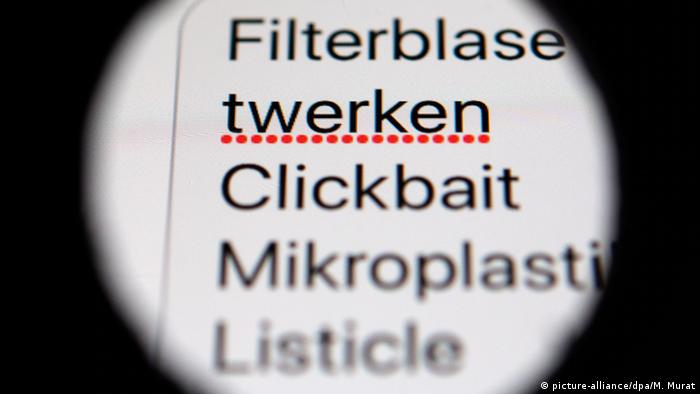 Henning Lobin is the director of the Leibniz Institute for the German language in Mannheim and professor of linguistics at the University of Mannheim. He spoke with DW about neologisms, newly coined words and expressions that enter everyday use.

DW: Mr Lobin, the Leibniz Institute for the German language has accepted new entries into the dictionary of neologisms. What criteria must a word meet to make it in?

Henning Lobin: We don't just pick words at random; we do statistical analyses of their actual use in published media in order to find out how often they turn up. So, it's important that they have been used consistently for anything up to three years.

So these are terms that can be considered to be in common everyday use?

One could say that. But we have a methodological problem: We cannot record everyday, oral language usage. Therefore, we have to look at recent publications, which limits us to the use of journalistic texts.

Is it possible to derive a societal tendency towards simplification or conspicuous superficiality from terms like "Freundschaft Plus" (Friendship Plus) or "Alternative Fakten" (Alternative Facts)?

That's hard to say, because many terms are put together in very creative ways and have their origins in different environments. Freundschaft Plus (friends with benefits) describes a relationship between people in a slightly humourous way, not at all pejoratively. Other terms are of a more technical nature, such as "Walk-In-Dusche” (a walk-in shower) which comes from technical jargon.

Is the use of these new terms a question of age or demographic?

Yes indeed. The fact that from the dance style twerking, the German verb twerken has evolved shows with certainty that it has been developed by people who are intimate with this dance style. With the shower term, we have this phenomenon that terms slop out of the commercial environment into everyday use — that's always a good sign of a successful marketing campaign. 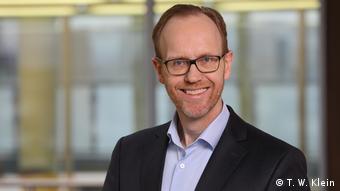 Henning Lobin, director of the Leibniz-Institute for the German language

Some of the new neologisms could also come from the slang that young people use. What‘s the difference between the Leibniz Institute dictionary and the process of choosing the youth word of the year?

The terms which are selected as the youth word of the year don't necessarily have to be neologisms. Some have appeared only in the respective year and may even have appeared quite rarely. We pay attention to a wider use and have no jury, but are lexicographers who write a dictionary entry for the terms, with grammar and etymology.

Among the current additions to the dictionary there are words like Cheatday, Zoodles, Clickbait and Bingewatching. Is the German language particularly susceptible to Anglicisms?

Right now it's definitely susceptible, just as in the 18th and 19th centuries it was susceptible to Gallicisms, that is, misappropriations from the French language. In the 16th century, it was Latin. But in fact, many terms come from things that were first invented, discovered and named in an English-speaking environment. Among these neologisms there are also ancient German words. "Filterblase," (literally "filter bubble," or "information bubble" to English speakers) is made up of purely German components.

So the German language isn't in danger?

No, happily not! There are about 100 million German speakers around the world, another 100 million are learning the language, and that number climbed in the last year. People will not allow globalized business or the advertizing industry to forbid them from their own language.

In France there is a legal imperative to find alternatives to Anglicisms. Is that a sensible path to go down?

Even though the Académie Francaise watches carefully to make sure that there are French words for many foreign words, in private and in business speak, there are a great many Anglicisms. We're not the exception here, rather it's a symptom of a more general phenomenon. In French there are always new terms being invented some of which are rather curious. For "Alternative facts" they use the short form "Infox" which combines information and intoxication; in other words, poisoned information. One has to see if it works, or if the literal translation gets used in the everyday.

Although the meaning of the expression is perhaps more accurate than the direct translation of "alternative facts," which is really a contradiction in terms.

That's true, technically speaking Infox is a very good and cleverly formed word, but the question is how easily it will enter common parlance. That's where common usage and the tradition of maintaining the language in a country will come into play. That's where we are very different from the French. This came about after the unification of the state in order to homogenize the strongly divergent dialects. In Germany, it was the other way around — the standard German language was established before the unification of the German-speaking states. That is reflected to the present day in how we deal with language.