Fringe parties set to gain seats in European Parliament | Europe | News and current affairs from around the continent | DW | 22.05.2014

While conservative parties remain ahead of the Socialists in opinion polls preceding the European Parliament elections, it is the EU opponents and right-wing extremists that have made the largest leaps forward. 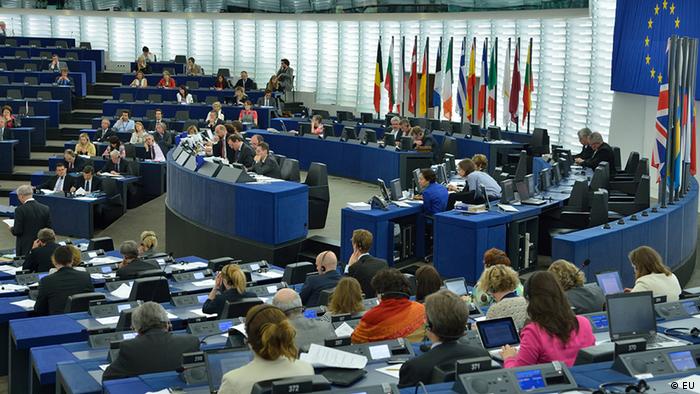 Until now, it looked like a head-to-head race between the two largest political movements in the European Parliament: the conservatives and the socialists. But according to last week's survey, the gap between them is growing.

The conservative European People's Party (EPP) has made slight progress and now stands to gain 217 seats. The Socialists, on the other hand, have lost some support and can now hope for 201 seats - eight seats fewer than indicated by the prognosis one week earlier. These are the figures published as part of the PollWatch2014 project on Wednesday (21.05.2014) in Brussels.

According to PollWatch2014 Director Doru Frantescu, neither of the two main groups will secure a majority of the 751 seats in the European Parliament.

"The next European Parliament is going to be more polarized than the current one," Frantescu said. "We will see more extremes both on the left and on the right of the political spectrum, while the centrist groups will see their numbers diminished. This will have implications on policy-making and coalition patterns."

PollWatch2014 is an offshoot of non-governmental organization VoteWatch, which documents the voting behavior of EU parliamentarians in order to identify possible influence by lobby groups.

Data gathered by PollWatch2014 indicates that EU-skeptic and anti-EU parties on the right wing of the political spectrum are becoming more popular than ever before. They could form two factions that would occupy over 100 seats. The strongly nationalistic and xenophobic parties, such as France's National Front and the Netherlands' Party for Freedom (PVV), are set to unite with the right-wing parties of five other countries, forming an extreme-right faction with 38 seats. 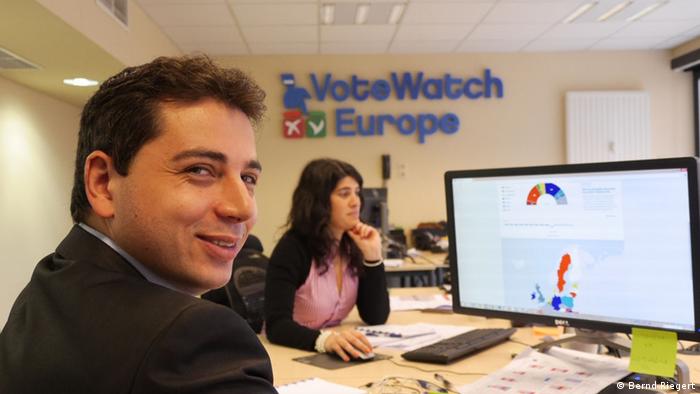 The existing faction of nationalistic EU opponents, which includes the UK Independence Party, is likely to increase its number of seats to 66. PollWatch2014 researchers speculate that Italy's Five Star Movement under Beppe Grillo could join this faction. Together with another moderate EU-skeptic faction, which could gain 45 seats, the anti-EU politicians and nationalists could be looking at 150 to 165 seats among them. This would be one fifth of the new European Parliament.

The Greens and Liberals are currently losing ground. The extreme left, however, looks to double its size and claim 55 seats. This is mostly thanks to the left-wing protest parties of southern Europe that gained strength during the eurozone crisis, especially in Greece and Spain.

The last PollWatch2014 survey before the EU election, stared on Thursday (22.05.2014) in the UK and Netherlands, shows a stable trend. According to Frantescu, no major swings of opinion are expected at this stage. The countries with the largest amount of EU-skeptics are France, the UK and the Netherlands, said Frantescu. The established parties in these countries are growing weaker. 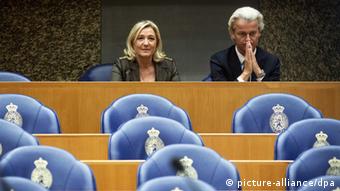 As for the self-classification of Germany's moderate EU-skeptic party, Alternative for Germany (AfD), PollWatch2014 does not have a clear prognosis. The party is unlikely to join any of the extreme groups and will probably only gain a handful of mandates. It could potentially end up with the European Conservatives and Reformists, who are likely to win 45 seats.

PollWatch2014 collates data from opinion polls conducted in all 28 EU member states, weighting the results and categorizing members of parliament based on established groups and party factions. Due to the differences between the surveys conducted in the various countries, PollWatch2014 generates statistical averages to minimize error margins. It does not conduct its own surveys. 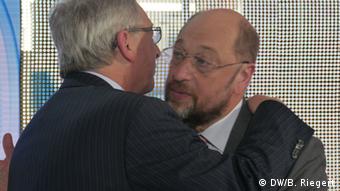 Both Juncker and Schulz hope to become European Commission President

For the top candidates of the largest party groups, the current results carry one main message: without the support of other parties, nobody can grab the top post of European Commission President. Both Martin Schulz of the Progressive Alliance of Socialists and Democrats and Jean-Claude Juncker of the European People's Party will need coalition partners. It is possible that they will build an informal grand coalition consisting of socialists and conservatives, which was the case in the outgoing European Parliament.

Voters are heading to the ballot boxes in Britain and the Netherlands as both countries open up polling in European parliamentary elections. Euroskeptic parties were expected to make large gains in both countries. (22.05.2014)