France's global network TV5Monde was taken off the air by self-styled "Islamic State" cyberjihadists for 18 hours. The hacking attack was "unprecedented in the history of television," the company says. 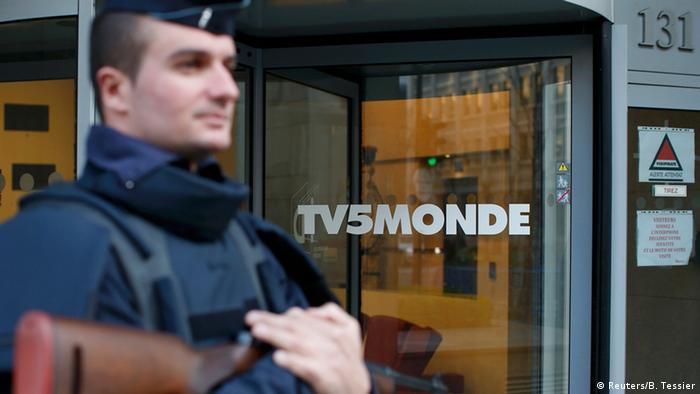 Hackers seized control of the Paris-based station late Wednesday, cutting out broadcast for several hours and hijacking its website as well as social network access.

The attack was "unprecedented for us and unprecedented in the history of television," TV5Monde boss Yves Bigot said. The network broadcasts in eight languages to more than 200 countries worldwide, with a global viewership of 257 million households.

"When you work in television... and you find out that your 11 channels are down, of course that's one of the most dreadful things that can happen to you," Bigot said.

In addition, the self-proclaimed cyberjihadists also used the broadcaster's Facebook page to post documents which they claim are identity cards and CVs of relatives of French soldiers fighting the "Islamic State."

"Soldiers of France, stay away from the Islamic State! You have the chance to save your families, take advantage of it," read one message on TV5Monde's Facebook page.

"The CyberCaliphate continues its cyberjihad against the enemies of Islamic State," the message added.

The French defense ministry said it was working to verify whether the documents were genuine.

Screenshots of the channel's Facebook page also showed a black banner and a message reading "Je suIS IS," a play on the slogan "I am Charlie," related to the Charlie Hebdo massacre.

Although the company managed to retake control of its social networks by 2 a.m. on Thursday, the TV channel only resumed full operations on Thursday afternoon.

Authorities said the attack was likely a "terrorist act" and urged media companies to be "vigilant," warning that further attacks could not be ruled out.

Senior government members flocked to the station to show their support, with Interior Minister Bernard Cazeneuve saying: "We are up against determined terrorists ... we are determined to fight them."

'We are not talking about amateurs'

Daniel Martin, co-founder of the Paris-based Cyber Crime Institute, estimated the attack on TV5Monde would probably take months of planning and several hacker working together.

Attacks like the Wednesday hacking could be almost impossible to trace, as the attackers work in virtual teams and can be based around the world, experts claim.