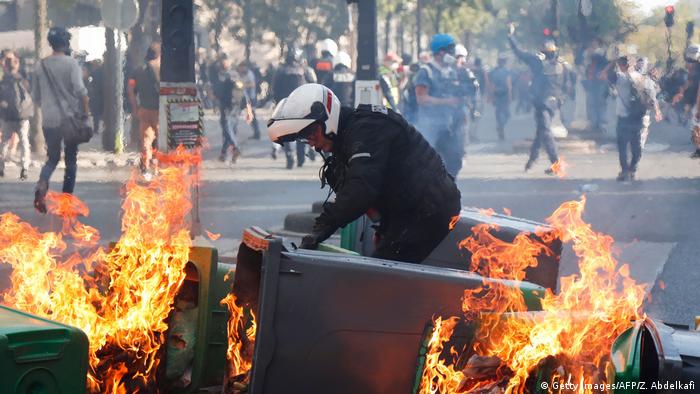 French police fired tear gas to clear protesters in central Paris on Saturday as the capital was placed under high security to prevent yellow vest protesters and anarchists from disturbing a climate protection march.

The yellow vest movement emerged 10 months ago but the often violent weekly protests petered out over the summer.

More than 7,000 police officers were deployed in central Paris and authorities banned protests in an area including the presidential palace, government and parliament buildings, the Champs-Elysees, the Eiffel Tower and Notre Dame Cathedral.

French authorities said Saturday that around 1,000 "radical protesters" first marched with yellow vests and then joined a separate climate change rally, where they provoked clashes with police. 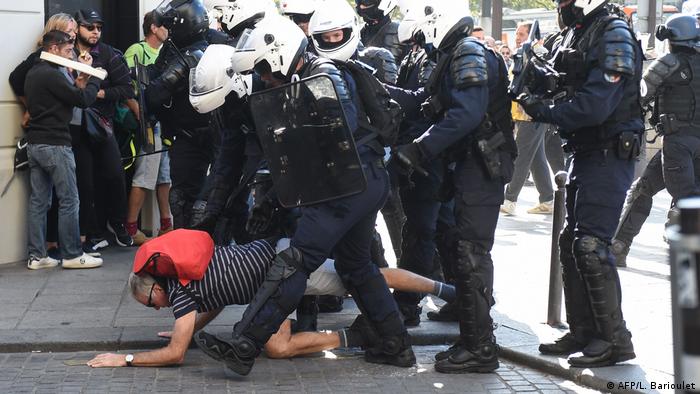 The police have been criticized for being heavy-handed in clashes

At least two bank buildings and several vehicles were damaged during the clashes, which involved baton charges.

The climate march organizers urged protesters to go home to avoid violence in the city. French police in riot gear have arrested at least 150 demonstrators.

President Emmanuel Macron, who has sought to quell the yellow vest protests with some concessions on wages and taxes, urged "calm" on Friday ahead of the demonstrations.

"It's good that people express themselves," he said, but they should not disrupt a climate protest and cultural events also scheduled for Saturday.

The protests also coincide with the annual European Heritage Days weekend, when public and private buildings normally off-limits to the public are open to visitors.