Police in Montpellier blamed clashes between police and protesters on radical "Black Bloc" activists. Smaller, peaceful protests took place in a number of other cities across France. 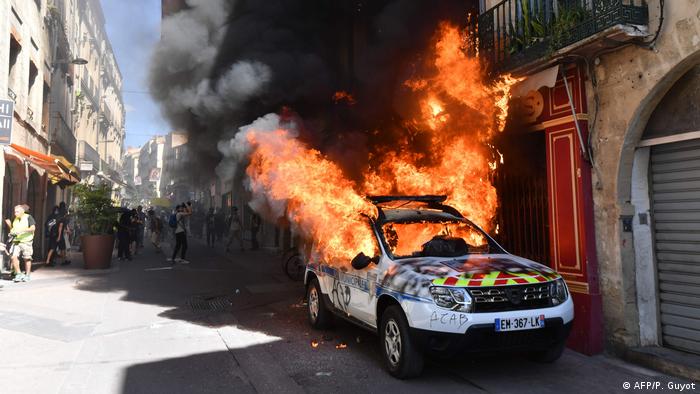 Thousands of protesters rallied in cities across France on Saturday in a fresh attempt to galvanize support for the Yellow Vest movement after demonstrations tapered off during the summer.

The largest Yellow Vest protest of the day occurred in the southern city of Montpellier. Officials reported that 2,000 people gathered there, while organizers put the number somewhere closer to 5,000.

Clashes between police and protesters marred the demonstration in Montpellier. Officers fired tear gas into the crowd in an attempt to disperse demonstrators, while a firebomb destroyed a police vehicle. Additionally, a number of storefronts were vandalized. 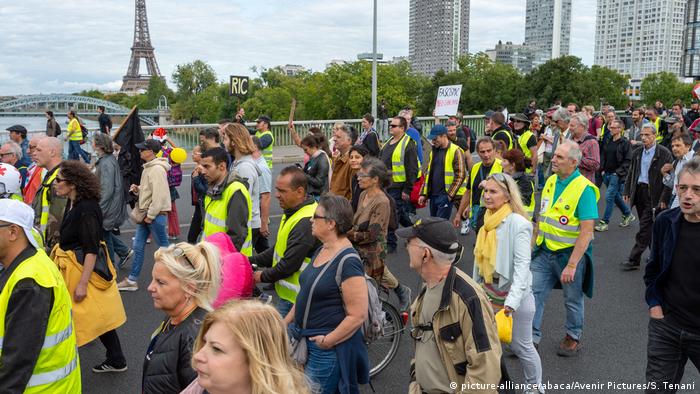 Regional officials blamed the violence on the radical "Black Bloc" protesters, 500 of whom were thought to be participating in the protest.

Yellow Vest organizers have long seen Montpellier as a stronghold for the movement and called for a major demonstration in the city.

Smaller rallies were also held in other cities around France including Paris, Marseille, Toulouse, Rouen, Lille, Strasbourg, Dijon, and Bordeaux.

In Paris, police reported that they detained 89 people and issued 60 cautions, but the rally — which was smaller than at the height of the Yellow Vest protests but larger than in recent weeks — passed off peacefully, said the city's chief of police, Didier Lallement.

The Yellow Vest protest movement, named after the high-visibility vests the protesters wear, originated in November in opposition to French President Emmanuel Macron and his government's economic reform policies, and specifically a planned rise in fuel prices.

Protest movement leaders have continued to call for Macron's resignation while attempting to spark a fresh wave of rallies as the government launches an overhaul of France's retirement system.