Jean-Marie Le Pen has said his contention at a National Front campaign rally that the Ebola virus could address Europe's immigration problems was only an "observation" on the effects diseases can have on demographics. 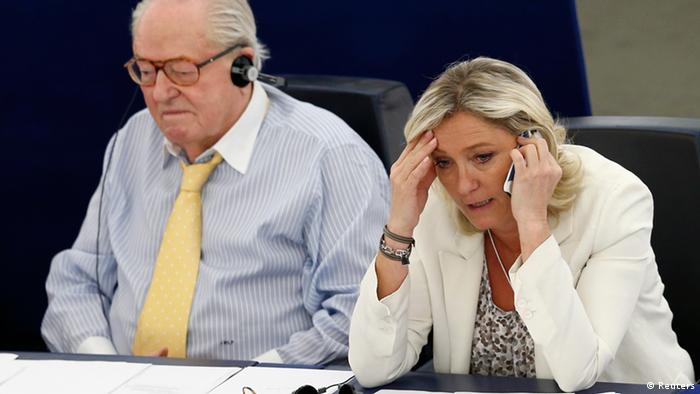 Talking at an event where he posed with his daughter, current FN leader Marine Le Pen, the 85-year-old was heard talking about a "demographic explosion in the world" and a "replacement of populations," saying he hoped the political party could "sound the alarm" on the matter.

"They have eyes and yet do not see, they have ears but do not hear," Le Pen said, before adding: "Monseigneur Ebola could fix this in three months."

Jean-Marie Le Pen is a candidate to become a member of the European Parliament in European elections which begin on Thursday. France votes on Sunday, May 25.

"I in no way wish for the spread of the Ebola virus," Le Pen said on Wednesday, saying he only wanted to point out that the ebola virus was a terrible disease that "like nuclear wars" could "modify a demographic evolution that is in itself catastrophic."

"In 1919, the Spanish flu killed more people in one year that World War One in five years," he said. 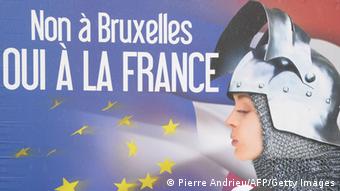 'No to Brussels, yes to France' - FN has positioned itselfs as a French euroskeptic group

West Africa has suffered an Ebola outbreak, starting in Guinea, this year. Guinea has confirmed 127 cases to date, including 81 deaths, with the disease also observed in neighboring Liberia.

Le Pen's daughter Marine has sought to win a more moderate reputation for the far-right "Front National," still an outspokenly anti-immigration and anti-EU political group. Polls currently suggest that the FN could fare well in the French European vote, buoyed in large part by poor turnout.

At the last European elections in France in 2009, just over 40 percent of eligible citizens cast votes. By contrast, turnout of over 60 percent in municipal elections in March were a record low for domestic French elections.

Le Pen senior's comments have already prompted some calls to remove Marine Le Pen from the head of the National Front, despite the improving fortunes of the party.

Nigel Farage, the leader of Britain's explicitly anti-EU United Kingdom Independence Party, UKIP, has ruled out an alliance with the FN, saying the party was too tainted by anti-Semitism - seemingly a reference to Jean-Marie's convictions for hate speech and Holocaust denial. Farage himself has been battling allegations that UKIP is an explicitly racist party, having suspended several European election candidates after racist comments made on social media were unearthed.

Farage himself was on the back foot in Britain heading into the vote after saying in a radio interview this month on LBC (Leading Britain's Conversation) that he would not want a Romanian family to move in next-door to him. Asked why this would be different to a German family, the nationality of Farage's wife and children, he had answered: "You know why."

The UK is among the first countries to invite voters to take part in the European elections, voting on Thursday. Turnout in 2009 in the UK was even lower than in France, at just 34.48 percent. Then, UKIP finished joint-second with 13 seats of 72 on offer, the same amount as the Labour Party but half that of the Conservatives.

The National Front did not fare so well in 2009, winning just three seats of France's 72.This time around, however, some opinion polls put the party in second place, behind the conservative UMP with just under 20 percent popular support.

Disillusionment ahead of European vote

The vote for the European parliament is set to kick off in Britain and The Netherlands. The opening of the polling stations ends the election campaign - along with a great misunderstanding, says DW's Christian F. Trippe. (21.05.2014)