Opinion: Europe′s shift to the right can be prevented | Europe | News and current affairs from around the continent | DW | 31.03.2014

Observers worry that the success of France's far-right National Front in national polls on Sunday is just a preview of European polls in May. But there's no need to assume that, says DW's Christoph Hasselbach. 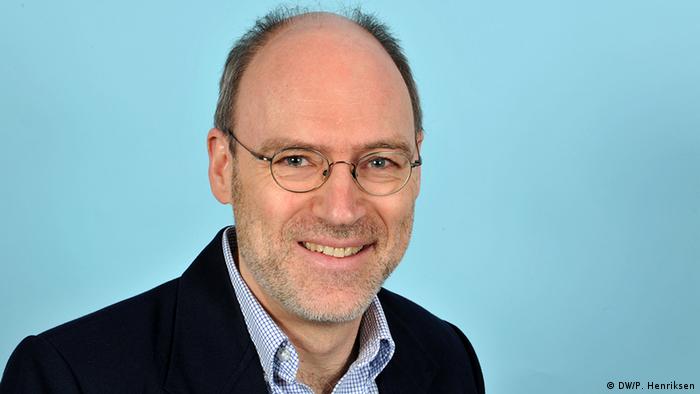 The National Front did well in Sunday's second round of municipal elections, and is expected to win a double-digit number of towns. Its share of 6.8 percent of the vote may not sound like much, but that is due to the fact that the party only ran in select communities.

All in all, the party has established itself as the third-strongest force in the French political system.

Take a moment to think about it: in France, one of the EU founding states, here is a party that wants to do away with the euro, exit the bloc's passport-free Schengen zone and specifically choose French over foreign applicants on the job market. It also wants to make social security payments less attractive to foreigners - actually, the party wants them out of the country altogether.

But there is no outcry in France. It seems the French have already gotten used to the new situation, as if the far-right party were just another normal political force. One of the reasons is that party leader Marine Le Pen worked hard on the party's image: she turned the bunch of hooligans that made up the National Front under her father Jean-Marie into a presentable party. People are no longer embarrassed to vote National Front.

National Front voters live mainly in regions with high unemployment, in run-down former industrial areas that were skipped over in structural reforms. The country has plenty of regions that fit this description. France is on the decline - and that is noticeable. But there's always somebody else to blame, according to National Front: globalization, the immigrants, "German" austerity policies in Europe.

President Francois Hollande himself has even fostered fears of the country's decline. At first, he told his fellow countrymen that welfare policies would continue as usual. When that failed, he announced reforms - but so far, only few have been implemented. Not only does Hollande appear feeble and discouraged in the French crisis; he has more or less become its symbol.

A cabinet reshuffle isn't likely to change the mood before the European election at the end of May. Marine Le Pen can aspire to making her party France's second-strongest political force or - anything seems impossible - possibly even the strongest party. Her chances are so good because many voters mistakenly believe that European polls aren't that important, allowing easily for proliferation of the protest vote.

But the European Parliament is involved in practically every single significant law that directly affects Europe's citizens. Perhaps that has contributed to the reason the far-right and euroskeptics have meanwhile become a pan-European phenomenon. Be it the UK Independence (UKIP) in Britain, Lega Nord in Italy, the Freedom Party (PVV) in the Netherlands, the Finns Party or the Alternative for Germany - these candidates could end up taking a seat at the European Parliament.

It is difficult to predict what influence they could have on European policies. Even if many representatives from various countries enter parliament, they would only become a strong force if united.

And that is by no means a safe bet. Too many of these parties are too different, or too "national." They and their voters may share a similar basic drift, for instance the opposition to continued European integration and immigration. Other than that, they differ considerably.

The National Front wants to protect people from globalization, while Britain's UKIP urges free global trade. Geert Wilders - head of PVV - is close to Israel, while other far-right parties are more or less anti-Semitic.

Whether united or standing alone, however, the parties have equal potential to interfere and annoy. They act as mainly a destructive force.

As things are already, they will make life difficult for established parties in the European Parliament. The question is, how will the other parties react to the challenge. Will they move closer together, or will they compete politically with the extreme parties? With the far-right as the "real thing" and traditional parties as the "sissies," they could only lose any such competition. In that case, the far-right would determine the agenda.

All the same, an expected shift to the right should not be accepted as mere destiny. Confident pro-European politicians have two more months to let their arguments sink in, for instance that European consolidation policy is now paying off and that President Putin will hardly be impressed by individual European states - which might be different in the face of an entire continent's synchronized actions.

For quite some time now, a united Europe has no longer been a matter of course. Sadly, the political elite relied on that assumption for too long. But Europe has very good arguments on its side - politicians just have to make the effort to get them out there.

The ruling Socialists are on the back foot in the second round of municipal elections in France, while the far-right National Front looks poised to claim control of as many as a dozen mid-sized towns. (30.03.2014)