European election: So what?

During the last European Parliament election in 2009, fewer than half of Europe's voters bothered to show up at the ballot box. What's the EU doing to increase voter turnout - and what are its chances of success? 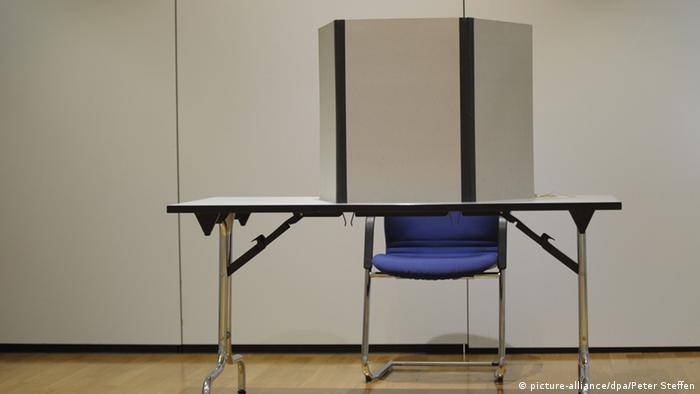 For decades, the European Parliament in Brussels was seen as the place to put old politicians out to pasture. No wonder, then, that European citizens hardly spare much thought for Europe and its institutions.

The numbers bear this out: Since the very first European election in 1979, voter turnout has steadily dropped. In 2009, only 43.3 percent of Germans exercised their right to vote, a figure also reflected in the average European turnout. The country with the lowest turnout was Slovakia, at 20 percent.

There are many reasons that explain this voter disinterest, chief among them being that most European citizens aren't familiar with the duties of the European Parliament and the extent of its authority. They're unaware of how decisions made in Brussels and Strasbourg influence their daily lives.

No room for Europe

For Rebecca Harms, co-president of the Group of the Greens/European Free Alliance in the parliament, part of the problem is that the focus is rarely on Brussels. Instead, she told DW, the spotlight is always first directed on the individual member states, even though the crises of the last few years have made clear to European citizens the continent-wide scale of Europe's problems. She thinks there just isn't enough room in the debate for European issues or personalities. 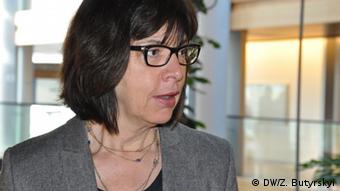 Harms has called for a greater commitment from the political parties

"The differences between the various parties in Brussels are still rarely noticed by the European public," said Daniela Kietz, an associate at the German Institute for International and Security Affairs (SWP). She believes that it's the duty of the national parties to make European politics more visible.

For Derk Jan Eppink, a member of the European Parliament (MEP) and vice-chair of the European Conservatives and Reformists Group, it's clear that European citizens need a real choice. In the early days, he said, every European citizen, whether German, French, Dutch or from another member state, was a supporter of the EU. But today there are not only different views on how Europe should be structured, but even parties in the parliament that speak out against Europe.

Another problem is the lack of recognizable political figures on the European stage. In the run-up to the May election, the various parties have been acting to address that problem, putting forward their top candidates to run for the position of the president of the European Commission. According to the 2009 Lisbon Treaty, the EU heads of state and government in the European Council must take the election results into consideration when making their choice for the presidency. 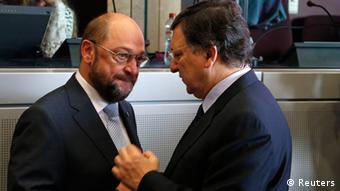 Most of the MEPs have interpreted that to mean that the candidate from the strongest faction in parliament will be appointed to the position. But Eppink thinks parliament has been too broad in its interpretation.

"It gives the impression of a choice which actually does not exist," he said. In other words, the voter is being given the impression that he or she will be able to directly influence the choice of the EU's top position.

But, he pointed out, there are other politicians who have not been able to take the time to present themselves as candidates for the job, as they are currently occupied with other positions. But they could still be chosen by the European Council to head up the Commission - as long as Council takes the election results into consideration.

Eppink also sees a problem with the possible introduction of a transnational voting list in the EU election, an idea that had been proposed for the upcoming vote. Under such a system, some MEPs would have been up for election across the continent, and not just in their home constituency. 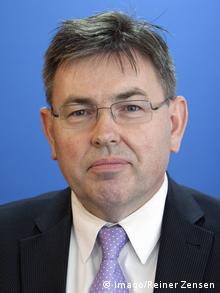 Liberal MEP Andrew Duff, who has been leading efforts to introduce such a list, has proposed that each EU citizen have two votes: one for a national party and one for a pan-European candidate. So far, the proposal has yet to receive a majority in parliament.

For his part, Eppink doesn't think such a scheme would work. He said it wouldn't be possible to set up a European list with pan-European candidates who are known across the continent and able to speak all the languages of the European Union. "If politicians are unable to win over voters in their own countries, how could they even hope to do so elsewhere?" he criticized.

Daniela Kietz, on the other hand, sees such a development as courageous and, at the same time, pragmatic. The introduction of transnational lists would serve to "distance voters from thinking along national lines," she said. And, she pointed out, such a change wouldn't require a complete overhaul of the electoral system, either - the EU would simply add the transnational list to the ballot.

The Greens' Rebecca Harms said such a proposal would speak to the wishes of the European citizens seeking to get a better grasp on European politicians and topics. She acknowledged that it would be a challenge, but pointed out that the EU has been able to function well despite various languages and cultural differences.

"Europe will not fail with such a proposal, because in many respects the European project is one of translation," she said.

The dangerous game with top candidates

For the first time in Europe-wide elections, candidates are running for the office of President of the EU Commission. But the election campaign could be a dead end, warns DW's Christian Trippe. (08.03.2014)