A French regulator said the sites used cookies without prior consent and did not provide people with enough information on their use. Google was fined €100 million while an Amazon subsidiary was fined €35 million. 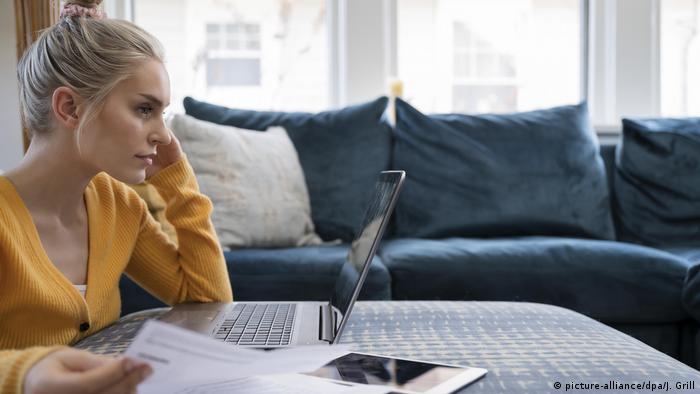 France's CNIL data privacy regulator said on Thursday it had fined two Google units a total of €100 million ($121 million) and an Amazon subsidiary €35 million for breaching rules on online trackers.

According to the statement issued by the CNIL, Google committed two breaches of the French Data Protection Act, including using cookies without obtaining prior consent, and not providing enough information to users.

The CNIL said it had also fined US e-commerce giant Amazon for breaching the same rules.

The regulator said the fines were "for having placed advertising cookies on the computers of users… without obtaining prior consent and without providing adequate information."

When a user visited a page on the site, "a large number of cookies used for advertising purposes was automatically placed on his or her computer, before any action required on his or her part," the statement said.

Insufficient information on data use

Google stopped placing cookies on the computers of users without consent in September, but still does not provide a sufficient explanation of their use, the CNIL statement said.

The companies failed to provide clear information to internet users about how the two firms intended to make use of such online trackers, and how visitors to their website could refuse any use of the cookies, the CNIL statement said.

"In the case of a user visiting the website amazon.fr, the information provided was neither clear nor complete."

The CNIL said the online giants had three months to change the information banners. If they failed to do so, they would face an additional fine of €100,000 per day until the modifications are made.

The penalty against Google is the most substantial that the regulator has ever issued, a spokesman told Reuters news agency. The previous record fine of €50 million also targeted the company for breaching EU data privacy rules.