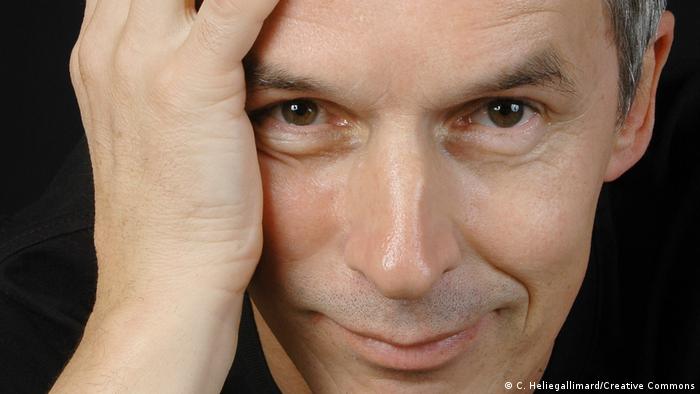 One of the most prestigious prizes for literature aimed at children and young people was awarded on March 30 in an online ceremony in Stockholm. This year’s big winner of the Astrid Lindgren Memorial Award was French author Jean-Claude Mourlevat, who learned of his win shortly before an online ceremony broadcast from Stockholm.

Created in 2002 by the Swedish government, the prize is named after Swedish author Astrid Lindgren, creator of the popular free-spirited fiction character Pippi Longstocking. Lindgren died in 2002 at age 94 but left her mark on children’s literature in Sweden and beyond.

For the 2021 award, worth 5 million Swedish kroner (574,000 dollars, 489,719 euros), Mourlevat beat 250 candidates from 68 countries. "I can’t believe it," he repeated, sounding both shocked and elated when he learned of his win. "It’s such a great surprise that I can’t say anything interesting" he uttered.

Born in 1952 in the French village of Ambert, Mourlevat has written over 30 books translated into 20 languages for teens and children alike. He began his professional life as a German teacher, but switched to work as an actor, director and clown. It was his theatrical path that led him to discover his passion for writing fairytales, fables and fantasy stories.

"Jean-Claude Mourlevat is a brilliant renewer of fairy tale traditions, open to both hardship and beauty" wrote the jury. "Time and space are suspended in his fictional worlds, and eternal themes of love and longing, vulnerability and war are portrayed in precise and dreamlike prose. Mourlevat’s ever-surprising work pins the fabric of ancient epic onto a contemporary reality," the Swedish Arts Council, which organizes the award, said in its statement.

The Astrid Lindgren Memorial Award was inaugurated the year after the Swedish author's death to honor children and youth literature authors.

One of Mourlevat's biggest successes was the young adult novel Le combat d’hiver (Winter Song, also published as Winter's End), which tells the story of four parentless students who are repressed and reprimanded at a boarding school. It may have been inspired by Mourlevat’s own life. He himself attended eight unhappy years at a strict boarding school and has said in interviews that reading was his only salvation, according to his biography on the memorial award's website.

The memorial award ceremony began the year after Lindgren’s death, and its inaugural winners were US author Maurice Sendack, known for his famous book Where the Wild Things Are and Christine Noestlinger of Austria. Last year’s winner was South Korean illustrator Baeck Heena.

Can a German version of a book be more politically correct than the original? For International Translation Day on September 30, here are some of the challenges faced by translators updating classics of literature.

The Federal High Court in Germany has ruled in favor of a supermarket chain which sold a Pippi Longstocking look-alike costume. The court has said the costume did not bear enough resemblance to the rebellious character.