Despite aiming to complete their project in 10 years, the Brothers Grimm died a century before the final volume of their work was published in 1961. 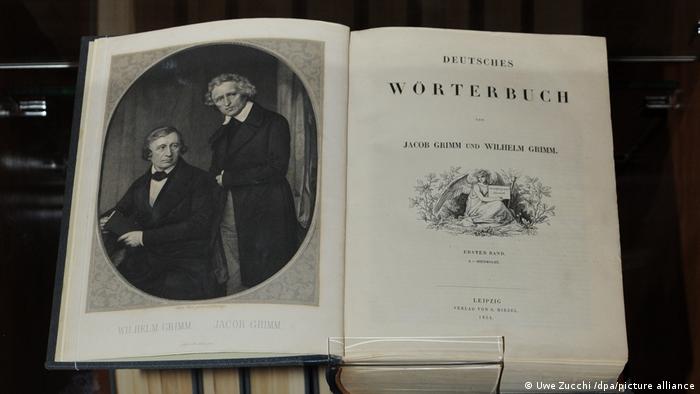 The original "German Dictionary" from 1854

As heavy as it is long, the German Dictionary by the Brothers Grimm is an exercise in superlatives.

The folklorists and linguists Jacob and Wilhelm Grimm were especially enamored with the letter A, calling it the "noblest, most original of all sounds." Unsurprisingly, their famous dictionary begins with a detailed linguistic history of the vowel.

It was a prologue of sorts to the epic project initiated by the Brothers Grimm in Kassel in 1838: to record the origin and use of every German word — indeed, the entire New High German language from Luther to Goethe "in all thoroughness." An ambitious plan, and an undertaking of the century.

The professors of linguistics had unexpectedly found themselves with a lot of time on their hands after being fired by the University of Göttingen. Together with five other professors, they were part of the "Göttingen Seven" who had advocated for a more liberal constitution.

During their time in the unemployment wilderness, Jacob and Wilhelm Grimm were encouraged by the Leipzig publisher Salomon Hirzel to "compile a new, large dictionary of the German language."

With Hirzel offeing to provide publishing support for the project, the brothers began work on the German dictionary in 1838. They were unable to complete the mammoth task in their lifetimes.

Unity through the German language

This project also had an explicitly political dimension. It was intended to linguistically unify the German Reich and help pave the way for a confederation of fragmented German-speaking principalities.

Wilhelm Grimm maintained, however, that the "diversity of dialects" was to be preserved. "The written language is the common thing that unites all tribes," he said.

The scheme picked up speed and eventually grew to include more than 80 collaborators who worked with the Grimms to compile half a million linguistic historical records.

But Wilhelm Grimm insisted that the dictionary would take time and asked for patience at a meeting of expert linguists in 1846 in Germany. "A work of this kind requires long and laborious preliminary work, the completion of which cannot be forced," he said. 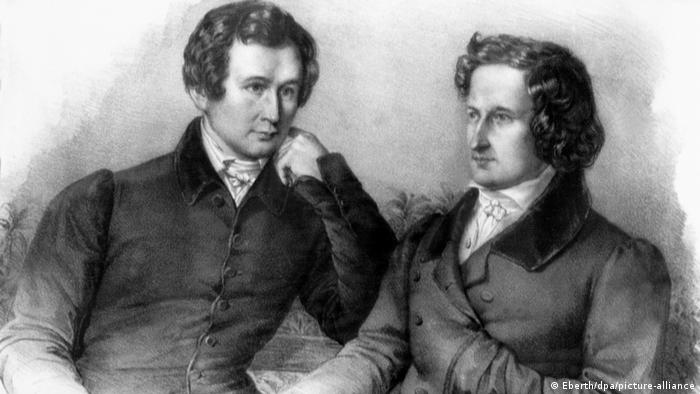 A dictionary worth waiting for

After the death of both brothers, generations of Germanists continued the monumental dictionary project. But it would take another 107 years after the publication of the first volumes for the work to be completed.

In the early 19th century, the Prussian Academy of Sciences oversaw the realization of the dictionary, with notable members such as the physicist Max Planck advocating for its completion. Work continued during the Cold War in both East and West Germany. The 32nd and final volume was published on January 4, 1961. The final entry for Z was Zyypressenzweig (cypress branch). 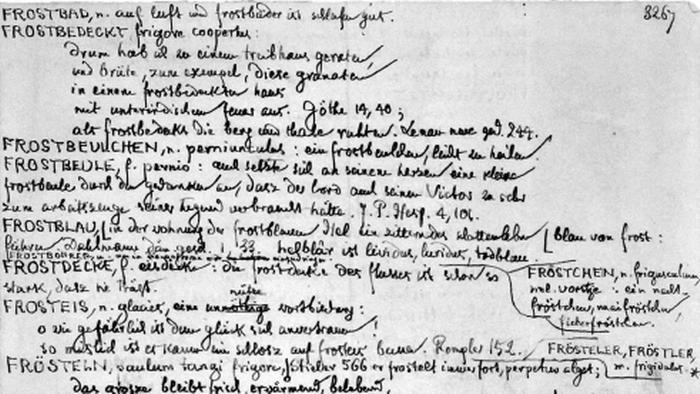 By then, the original 19th-century entries by the Brothers Grimm were already so outdated that they had to be completely revised. In 2016, the reworking of the original A to F volumes was finally completed. A hundred and seventy-eight years after it was begun, the final period was placed in The German Dictionary by Jacob and Wilhelm Grimm.

Today, the tome, which weighs in at 84 kilograms (185 pounds) in analog form, is available in both print and digital editions. Among others, the University of Trier has published an online edition, the Digital Grimm, for free. It is a monumental work of the German language, and a unique specimen that has made it into the Guinness World Records.

Update from January 5, 2021: The article incorrectly stated that the 2016 version of the German Dictionary was completed to the letter Z. It was in fact to the letter F. The dictionary is available in a print edition, not only a digital edition as previously stated. We apologize for the errors.

The Grimm brothers left an astounding legacy. From well-known stories like Snow White to lesser-known tales, here are our favorite Grimm stories - and some things you may not have known about them.

The Leibniz Institute for the German Language has amended its neologism dictionary. Institute director Henning Lobin spoke to DW about new German words and the Anglicisms continually creeping into the language.