The 2010 French law banning full-face coverings in public disproportionately targets the minority of Muslim women who wear them, the UN body found. They said Paris didn't adequately explain why the ban was necessary. 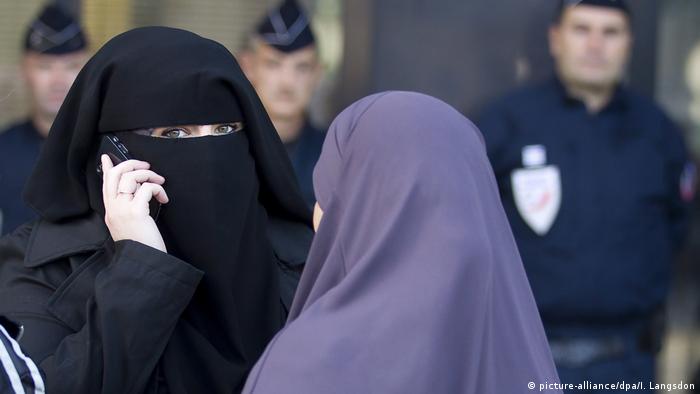 In a landmark decision on Tuesday, the United Nations Human Rights Committee found that a French law banning full-face veils in public violates the religious freedom rights of Muslim women.

It is the first time the UN has ruled on full-face veil bans and could have implications for several other European countries that have implemented similar legislation.

How the committee ruled:

Not an attack on secularity

The panel, comprised of 18 independent human rights experts from around the world, emphasized that their decision wasn't intended as a challenge France's secular constitution.

"The decisions are not directed against the notion of secularity, nor are they an endorsement of a custom which many on the committee, including myself, regard as a form of oppression of women," committee chairman Yuval Shany said.

Why France implemented the ban: In 2010, a law went into effect in France banning people from wearing "any article of clothing intended to conceal the face" in public. Those who violate the ban face a €150 ($171) fine. France argued that the ban was necessary for "social cohesion" and for security reasons — arguments that the UN committee rejected.

France also has an explicitly secular constitution, a famous legislative example of which being a blanket ban on wearing conspicuously religious symbols in state-run primary and secondary schools.

Potential impact on Europe's veil bans: Tuesday's rulings could carry potential consequences for several other countries in Europe that currently have so-called "burqa bans," including Austria, Belgium, Denmark and the Netherlands.

The ruling also contradicts a 2014 ruling by the European Court of Human Rights (ECHR), which upheld the French law, dismissing arguments that it violated religious freedom.

What happens next: French President Emmanuel Macron's government now has 180 days to report back to the committee on what action it has taken. Although France is obligated to heed the ruling, the UN body does not have any powers to enforce their decision.