Police in France say at least four people have died in an avalanche in the southern Alps near the border with Italy. A rescue operation is underway for another person believed to be missing. 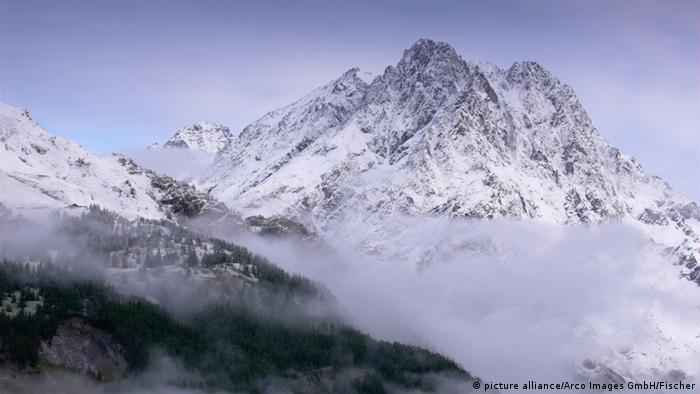 An avalanche swept through an area near Entraunes in the French Alps on Friday, killing at least four people, police said in a statement.

One person was taken to hospital with injuries, while the group's guide escaped unharmed. Another individual is still unaccounted for.

The group was reportedly skiing off-piste in a remote part of the Mercantour National Park when the avalanche struck just after midday. Prime Minister Edouard Philippe told reporters that a rescue operation was underway.

"These valleys are highly popular with off-piste skiers because it's beautiful and wild," said Christophe Ollivier, a local official in nearby Vesubie.

'Beast from the East' savages Europe

The region has been blanketed in heavy snowfall brought by the so-called "Beast from the East" — a blast of Siberian icy weather moving across Europe. According to Jean-Gabriel Delacroy of the Alpes-Maritimes prefecture, warmer temperatures since Thursday have destabilized the fresh buildup of snow.

The Meteo France weather agency had warned there was high chance of avalanches in the area, putting the risk at level four on a scale of one to five. Deputy prefect Gwenaelle Chapuis told local broadcaster BFM that a police inquiry would determine if going off-trail in such conditions "was recklessness or not."
A total of 20 people have died on mountain slopes since France's ski season began in November. Last month, an avalanche swept away a man and his 11-year-old daughter in the alpine resort of Val d'Isere. A number of other skiers were also killed in separate incidents in the Pyrenees.

The bodies of two German nationals caught in an avalanche in Austria on Friday have been recovered. The two men, aged 25 and 26, were skiing off piste when they were killed by a sliding wall of snow. (06.01.2018)