Free land for gardening? In Montenegro, it′s up for grabs | Europe | News and current affairs from around the continent | DW | 01.02.2022

Free land for gardening? In Montenegro, it's up for grabs

Land for free to grow your own fruit and vegetables? It's possible in Montenegro. The western Balkan state's constitution stipulates ecological governance, yet local initiatives are the ones taking the lead. 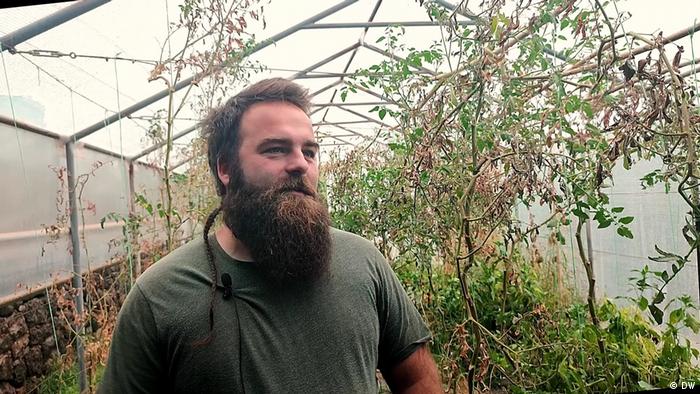 Aleksandar Novovic is the founder of the Ekologika social garden in the village Mareza, near Montenegro's capital Podgorica

Novovic has been working on the idea for the last seven years, at least, when he is not working in the garden in Mareza, a small village near Montenegro's capital Podgorica, where he owns a 1000-square-meter plot of land. The plan is to offer fellow citizens a piece of his land for free if they are prepared to cultivate and work on it. Just like he does — and he enjoys every minute of it. 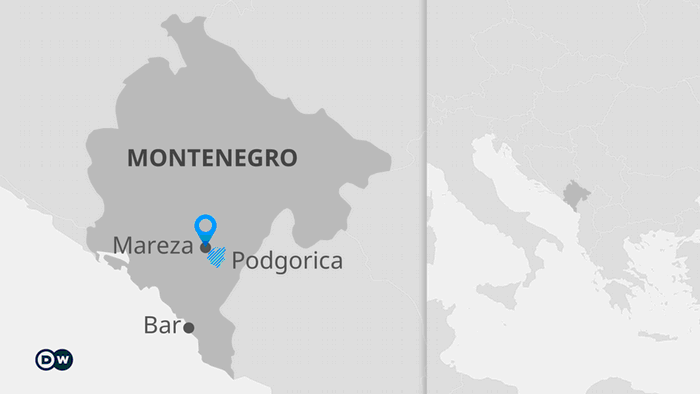 "Socially, citizens get a public space where they can organize their activities and start new initiatives, which naturally increases cooperation, cohesion and inclusion. By spending time in a green space, they get to eat more healthily and raise their own level of recreational activity," Novovic adds. Economically, individuals can improve their situation as consumers by producing some of their own food, either alone or in collaboration with others. That's why he terms them social or community gardens — the emphasis is firmly on community.

Ekologika is not the only social garden in Montenegro. There are currently two, each located in a different city. With some 70 people actively involved in the annual planting and tending of each garden, it seems likely to prove the next big thing in a country with a population of just 620,000 citizens.

Plantadun — the younger, but no less successful cousin

Running for two years, the "Plantadun" social garden in the coastal city of Bar is based on a slightly different concept. Unlike Ekologika, which is self-funded and relies solely on Novovic's own initiative and involvement, Plantadun is a pilot project funded by Montenegro's ministry of science, with the additional support of three organizations: RaccEduco and Kadar Plus from Bar and New Page from Podgorica. 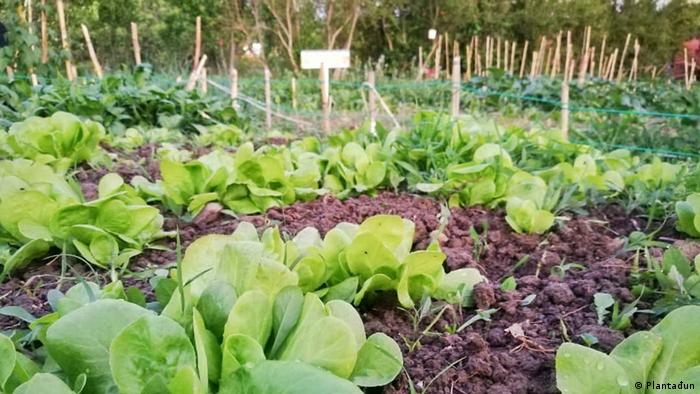 The "Plantadun" social garden in the Montenegrin coastal city of Bar

Project manager Darko Pekic says the focus of their project are hobby gardeners — plantaduns in Montenegrin — who get the opportunity to cultivate neglected agricultural land within urban areas. "Every plantadun is allotted a garden of 25 square meters.

Each garden is surrounded by paths on all four sides, forming something of an access road, so that neighbors, the planters, can carry out their agricultural activities without hindrance," says Pekic. He adds that the hobby gardeners are given full creative rein when it comes to cultivation.

When it comes to yield, 80% of the produce harvested belongs to the gardener in question, 10% — in the form of produce or money — goes to the owner who ceded the land and 10% is donated to a joint planting fund to cover the purchase of seeds for next season. Essentially, the project provides people with everything they need: a plot, seeds, water, tools and a tool shed. 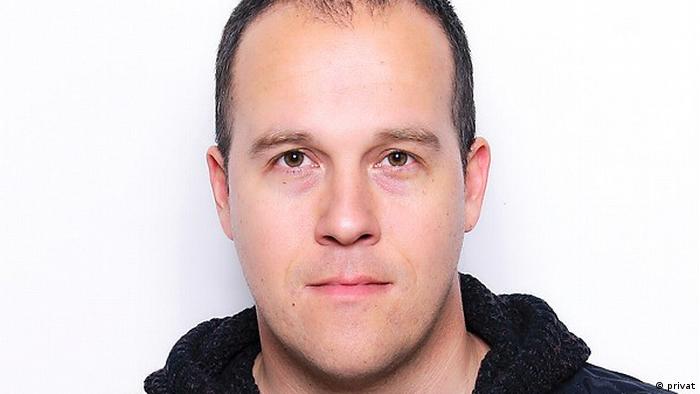 "The land used by the gardeners was previously plowed and fertilized. What's more, our agricultural engineer prepares natural preparations, using nettles for instance, for the treatment of plants. The goal is to motivate people to come and join in — then we will all learn and progress together. In essence, we function as a community, helping each other as the need arises," says Pekic.

Collaboration equals help for those in need

Ekologika and Plantadun also provide each other with mutual support. Together, they have set up an innovative greenhouse. sponsored by the American Embassy in Montenegro, in the Plantadun garden. Made of black plastic barrels that can be moved around, the structure also allows for optimized planting. The greenhouse was donated for a good cause and is used by the "Women of Bar" association, which provides over 250 meals for the city's socially disadvantaged every day. 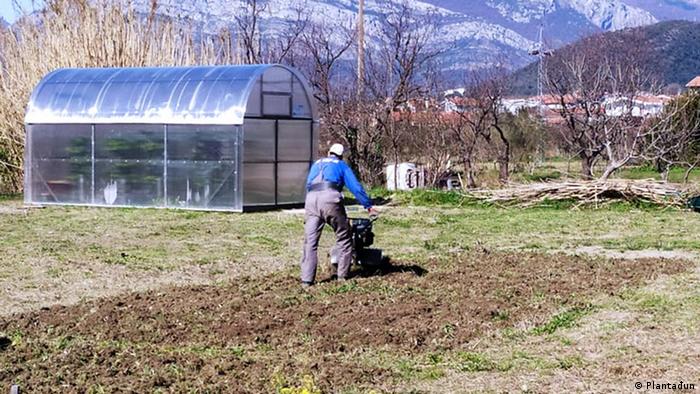 A greenhouse at the "Plantadun" social garden in Bar

"Initiating social gardens revitalizes many damaged or neglected social and interpersonal ties. One such garden in any one of our cities not only has the potential to correct the current social distance caused by COVID-19, but also to foster a sense of inclusion, restoring all those ties that have failed to develop in recent decades," says Aleksandar Novovic.

Darko Pekic hopes the pilot project that is flourishing in Bar will soon find acceptance in other Montenegrin municipalities. Whether the initiative is taken up also depends on the state and municipalities, where interest has so far been muted.

Plantadun was hit hard by the late adoption of the state budget in 2021, which prevented the project from accessing funds. The future of the project was on a knife-edge. But then the community of gardeners came up with its own solution.

"Fortunately, we were able to agree a fee with the members of the gardens — a token amount of €3 per month — to cover some of the main costs relating to the preparation of the gardens. What's more, plans for the next planting season have been smoothly implemented, showing the sustainability of the whole idea," reveals Pekic. 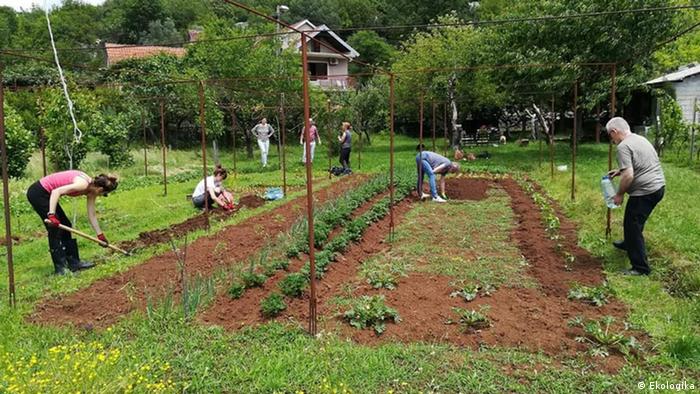 But this was not the only challenge to implementation. Novovic's Ekologika garden is located on his own land. This came about because the authorities refused to recognize the potential of the initiative, blocking the use of state land by the community. "We have been working on this for seven years. In that time, no individual in authority has appeared or responded adequately to our requests for land," says Novovic.

Nevertheless, Novovic refuses to give up on his ideas for the project in Mareza. Both he and Pekic believe in a better tomorrow and a greener future for their country and their community. Nor do they seem to be alone in this — their ideas are steadily gaining ground.

Plantadun, which boasted a mere 19 plots before the COVID-19 pandemic, now has 60.

This article is part of Deutsche Welle's "Balkan Booster" project. Balkan Booster was set up in 2017 and aims to bring young people from different countries in the Western Balkans together.