Free newspapers have established a strong readership across Europe, but in Germany, ''newspaper wars'' have scared off competition. Now another publisher is trying to carve out a niche. 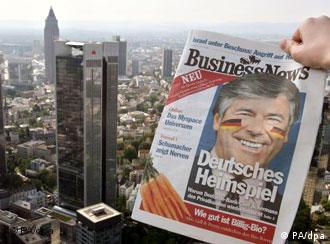 Germany has its first free paper in years

The latest offering, Business News, was launched this week and will be available in eight German markets. The paper was released by publisher Holtzbrinck Verlag, which also puts out business daily Handelsblatt, Berlin's Tagesspiegel newspaper and business weekly Wirtschaftswoche.

The makers of Business News are being cautious in the paper's infancy in order. The paper was launched during the summer vacation with a circulation of just 80,000 copies. The paper is only distributed to offices, 1,000 so far.

Axel Springer, publisher of mass-circulation Bild tabloid, was reportedly planning a response to the launch of Business News, with the almost immediate release of another competing publication, but no moves have yet been made. 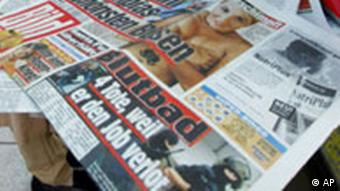 But Bild is keeping an eye on the new market entry, said the University of Amsterdam's Piet Bakker, an expert on free newspapers in Europe.

Attempts to launch free commuter newspapers in Germany have been unsuccessful in the past. In Cologne, the introduction of the free daily 20 Minuten Köln by Norwegian publisher Schibsted in 2001 sparked a ''newspaper war'' between the new publication and local publishers. In retaliation, Springer launched Köln Extra, and DuMont Schauberg, the publisher of numerous Cologne-area papers, started Kölner Morgen, both free papers.

"The three in Cologne were real war casualties -- they fought until 20 Minuten died, then the others pulled out," Bakker said.

Rumors circulated in 2005 that Metro, a successful commuter daily distributed in 93 countries across the world, was quietly preparing to launch into the German market, but it still not yet.

A spokeswoman for Metro refused to comment on the company's plans.

Metro began in Stockholm in 1995 and has grown vastly. The paper says it has a daily readership of 13.5 million across Europe.

The paper's audience is "the young, affluent, well-educated, metropolitan reader," who has ''largely been lost to the newspaper industry," the spokeswoman said. ''By creating a product that is designed for busy modern lives, Metro has been able to deliver the TV demographic on a global basis."

Metro's success on the European market has been attributed to its compact size, which is easily read on commuter transport, and the editorial content, which offers "light news" more akin to that of Europe's tabloids. In the meantime, many European papers, particularly in Britain, have introduced more formats. In Germany, Springer's Die Welt daily is the only large-selling paper to have followed the trend.

According to the World Association of Newspapers (WAN), based in Paris, European readership of free newspapers has doubled over the last three years. Around 19 million of about 28 million free newspapers distributed daily around the world are read by Europeans, WAN said.

This year, Namibia's oldest daily newspaper celebrates its 90th birthday. Since 1916, the German-language "Allgemeine Zeitung" has been informing the country's German speakers. (July 31, 2006)

A consortium including British media mogul David Montgomery reportedly wants to buy the German publisher of the "Berliner Zeitung" newspaper. It would mark the first time a German daily is sold to foreign investors. (Oct. 14, 2005)

Swedish company Metro appears to be quietly preparing a bid to launch the first free daily paper in Germany. But it will face a fierce battle with the country's established media groups. (April 11, 2005)