France′s runoff between Macron and Le Pen is a stark choice | Europe | News and current affairs from around the continent | DW | 11.04.2022

France's runoff between Macron and Le Pen is a stark choice The French president ended up having quite an enjoyable election night after all. Both French and international media had predicted a neck-and-neck race between Emmanuel Macron and his opponent, Marine Le Pen; polls, too, seemed to increasingly indicate a tight race over the past few days. The result Sunday night came as a relief for supporters gathered at the Paris exhibition hall where Macron's party La Republique en Marche had gathered. The celebration of Macron's first-place finish in the first round ultimately revealed how tense the situation was before.

The president's biggest strategic mistake in recent weeks was that he more or less campaigned from behind his desk in the Elysee Palace, according to observers and supporters. Instead of shaking hands in town squares and listening to citizens' concerns, Macron was busy trying to sharpen his profile on the international stage, spending hours on the phone with Russian President Vladimir Putin. He presided over EU summits, gave speeches on European security policy and the war in Ukraine.

However, voters in France are far less interested in the war than citizens of other European countries, including Poland and Germany. More than half of all voters in France are concerned above all about purchasing power, their wages and rising energy prices, surveys show. Immigration, healthcare reform and education come in a distant second. Voters did not feel Macron was taking their concerns seriously. For 71% of voters polled, Marcon comes across as very presidential, which matters in France, and a majority also believe he is good at handling major crises — but he is also regarded as aloof, elitist and arrogant. 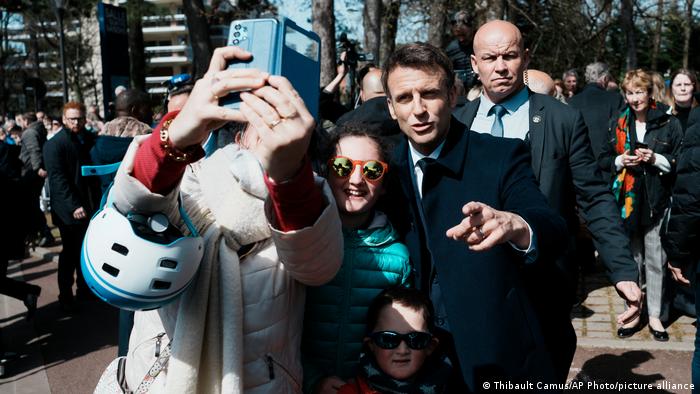 Emmanuel Macron: too elitist, not in touch with the people?

Macron has exactly two weeks until the runoff election on April 24 to work on his image. On Monday morning, he invited journalists to join him for a visit to the Haute de Seine department, where he is scheduled to talk to voters in small towns. The president has a lot of ground to regain in the region.

The traditional parties in France, the Socialists and the Conservatives, markedly failed an attempted comeback. With less than 5% of the vote on Sunday, the conservative party urged its supporters to vote for Macron in the second round. The Socialists fared even worse on Sunday with less than 2% of the vote. In 2012, it was their candidate, Francois Holland, who won the presidency, but after his election defeat five years later, the party disintegrated and fizzled out into permanent insignificance.

On the national stage, the Greens don't play much of a role, either, even if they have managed to chalk up regional successes. The party also asked its voters to cast their ballots for Macron Sunday to block a possible victory for the right.

The far-left candidate, Jean-Luc Melenchon, on the other hand, almost took second place from Marine Le Pen and garnered almost one fifth of the vote in the Sunday poll. He promised the left-wing struggle would continue, but, he, too, made it clear that "every vote for Marine Le Pen is one too many, (...) don't give her your votes" — though without asking voters outright to vote for Emmanuel Macron. 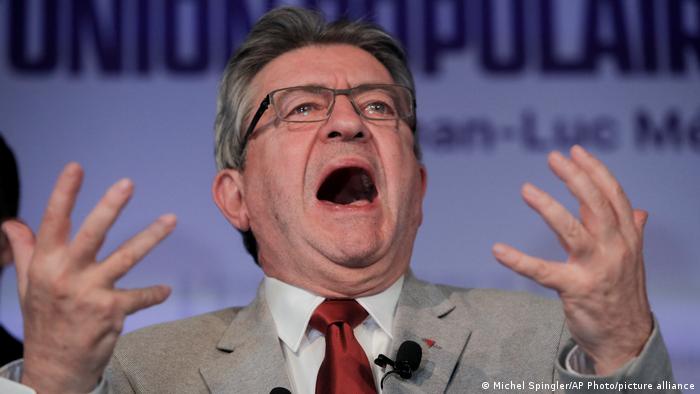 In recent weeks, Marine Le Pen managed the amazing feat of somehow making voters forget how close she used to be to Vladimir Putin. The French did not hold against her the old photos that popped up on the Internet showing Le Pen and Putin, nor old interviews in which she condoned Putin's politics. She welcomed Ukrainian refugees to France for the time being — and banished the issue of migration to second place.

Instead, Le Pen spent weeks touring small towns, touting better pay, a raise in the minimum wage and promising to never change the country's early retirement age. That is what the majority of voters wanted to hear. At the same time, she scaled back her far-right rhetoric. Unlike in the 2017 election, a slim majority of voters no longer considered her a threat. Her long process of "detoxifying" the party she inherited from father Jean-Marie, for whom her Rassemblement National party has become far too centrist, has borne fruit in terms of votes and acceptance.

Le Pen's campaign probably also contributed to the fact that Eric Zemmour's candidacy fell far short of expectations. The right-winger and former publicist — convicted several times for hate speech — entered the presidential race with a focus on nationalism, antisemitism, and hatred of Islam and migrants. In the end, voters found him lacking, so Zemmour pledged to support Le Pen. Whether the supporters who foot his bills want to keep him in the race now remains to be seen.

Voter turnout was slightly lower than in 2017 but, at around 74%, it was high enough to maintain democratic legitimacy. Much depends on whether Macron can mobilize his voters for the second round. 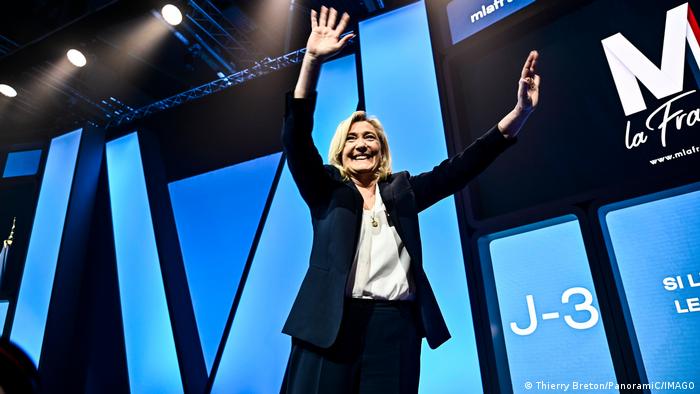 During his acceptance speech in Paris, the incumbent promised a new start for the French, who are worried about purchasing power and incomes, and particularly wooed voters who had opted for extreme parties in the first round. He plans a joint project to tackle inequality and social problems in France, he said.

Macron made similar promises in 2017, but voters did not really credit him for lower unemployment, moderate inflation, more investments and new jobs. He has to do a better job selling past economic successes while at the same time repackaging them without giving people the feeling they are simply getting more of the same but are instead getting a remolded president.

Emmanuel Macron: All of you can count on me

At the same time, Macron clearly dismissed the far-right, saying antisemitism and hatred against Muslims "is not who we are." He once again acknowledged Europe and France's allies, saying France can only be strong and independent with them. Back in 2017, when Macron first presented the notion of European independence it failed to resonate — for instance with the German government in Berlin. Meanwhile, it has become clear how far-sighted the young president was — strategic autonomy has become a much-used phrase in the EU.

In Brussels and other European capitals, a first sigh of relief was likely breathed after the first round of voting. The idea of a President Le Pen, a friend of Putin in the Elysee Palace and the strengthening the anti-European right-wing populists, was a nightmare. But Emmanuel Macron knows nothing was really won on Sunday night. Now, he has to fight hard for two more weeks to secure his hoped-for re-election.

Opinion: France is facing an attack on its democracy

As Marine Le Pen and President Emmanuel Macron go into a run-off vote, voters will need to ask themselves if they want to preserve their democracy, says Lisa Louis.