He is the youngest president in the history of the Fifth Republic, and is popular abroad. Yet Emmanuel Macron has earned mixed reviews at home in the first 100 days after his election. DW looks at his presidency so far. 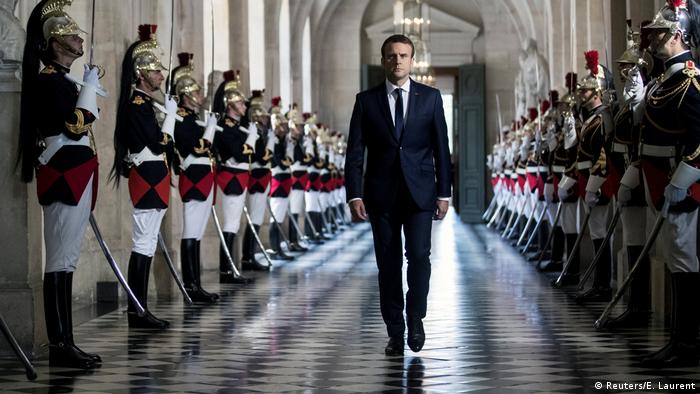 The electoral honeymoon is over. Now, 100 days after his election, people in France are much more critical of Emmanuel Macron. The French opinion research institute Ifop shows that that only 36 percent of voters in the country are satisfied with their president. That makes Macron worse off after his first 100 days than his unpopular predecessors, Nicolas Sarkozy (66 percent) and Francois Hollande (55 percent). This is alarming for Macron. Dissatisfaction has clearly grown in recent weeks, and the press have taken notice of his sinking approval rating.

Apart from actual reforms, the 39-year-old president's personality, which comes across as authoritarian, has drawn criticism. Macron's public dispute with head of the French armed forces Pierre de Villiers, which resulted in the latter's resignation, did not make a good impression.

Macron served as an advisor and minister of economic affairs under his predecessor Hollande. During his election campaign, however, Macron stressed he would dissociate himself from the French political class, an elite group that, in the opinion of many voters, uses the state for its own ends. 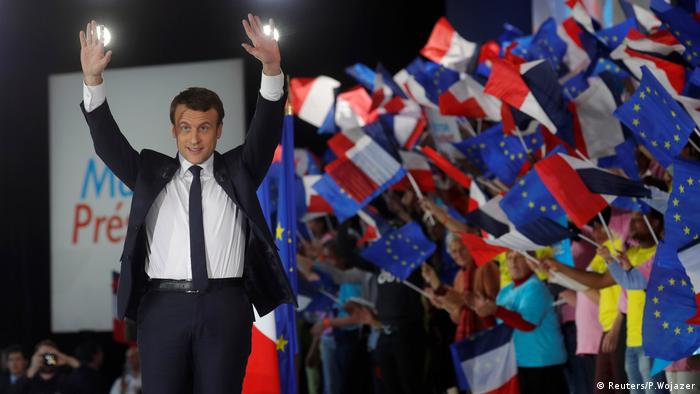 Macron promised a new direction in French politics during his campaign

Now, modesty and self-restraint have become the government's mantra. At the beginning of August, the National Assembly abolished many of its parliamentary privileges, including special conditions for pensions and unemployment insurance. Even the so-called parliamentary reserve, an old institution used to approve budgets for parliamentarians to implement in their respective constituencies at their own discretion, is now a thing of the past.

The new law for the "moralization of politics" restrains more than just members of parliament in the National Assembly. Elected officials in other levels of government are no longer allowed to employ family members as parliamentary staff. The conservative opposition, however, intends to go through the Constitutional Council to stop the ban, as it supposedly violates anti-discriminatory principles. The judges will make their decision in September at the latest.

Parliamentary self-restraint implies that something has gotten out of control in Paris. But it is also supposed to make future cuts for citizens more bearable. The heart of the first round of reforms is a liberalized labor law. The government wants to withdraw its powers considerably and let unions and management make decisions. 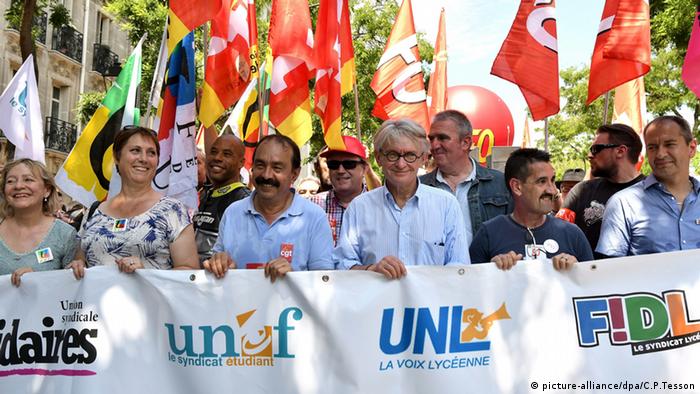 Labor law reform is a sensitive issue in France

The loosened legislation is supposed to encourage job creation and curb the unemployment rates that have taken off in recent years. The details are still being negotiated, with a result expected by August 31, at the end of the summer holidays. The National Assembly has already cleared the way for the government to implement the liberalization without a parliamentary vote. Macron's plans to restructure pensions and unemployment insurance, however, will be postponed until 2018.

After years of violating the rules, France wants to regain credibility in the EU. This was also one of Macron's major election campaign issues. But in order to meet the Maastricht criteria later this year, state spending will have to go down. Defense budget cuts are targeted, as are grants for France's regions and departments.

But that is not enough, the government has also decided to slash social programs. A monthly 5 euro reduction of housing subsidies for people in need, to take effect in October, has unleashed a violent storm of protests - that certainly doesn't help the president's poor approval rating.

Another unpopular measure is the increased social security contribution (CSG). This measure will hit retirees unfavorably, as they have no means of reducing their taxes. With an early retirement age of 62 years and large pensions when compared internationally, this part of society has been among the most privileged in France to date.

Can Macron withstand the pressure from the street?

Macron's predecessors wanted to implement reforms but pressure from the public and inner-party opponents ultimately stymied them. The current president is doing better in this regard. Moderate trade unions are involved in important reform projects, Macron's new but politically inexperienced La Republique en Marche is toeing the party line, and he has little to fear from the opposition. It will be interesting to see how many demonstrators the radical CGT union will draw when it organizes a nationwide protest day on September 12.

The reaction to the relatively small, monthly 5 euro reduction of housing subsidies has already shown the government how quickly discontent can spread throughout the country. Pollsters have not given the all-clear signal yet: Almost two-thirds of the French public reject the labor market reform. That politicians have also had privileges taken away from them has not been enough to appease the people. A slim majority believes the "moralization of politics" is good. 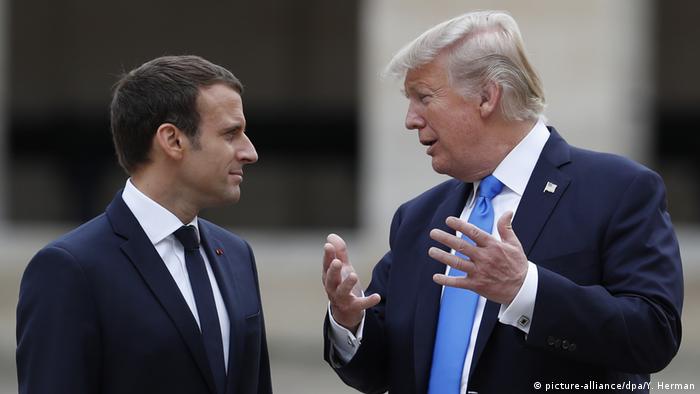 Macron has struggled for approval at home, but has been a popular face with foreign leaders

The young president took over a country in a state of emergency, which has granted security forces special powers since November 2015. But Macron's government has extended it for the last time. On November 1, nearly two years after the attacks and bombings in Paris, the state of emergency will come to an end.

However, a law extending some of the emergency expanded powers granted to the police, intelligence services and the judiciary is in the works.

Macron campaigned for France's own European finance minister and its own budget in the eurozone. Until Germany's September national election, however, nothing will happen in this area. There will probably be some movement when the new government in Berlin has been formed. The president's self-confidence on the Brussels stage and his dealings with the foreign heads of state and government are generally well received by the people.

Over 200,000 people have signed a petition against the wife of French President Emmanuel Macron being given a formal position as the country's first lady. This comes amid a rapid decline in the president's popularity. (07.08.2017)