France's main opposition party has chosen conservative hard-liner Laurent Wauquiez as its new leader. The move is expected to push the party further to the right after poor showings in recent elections. 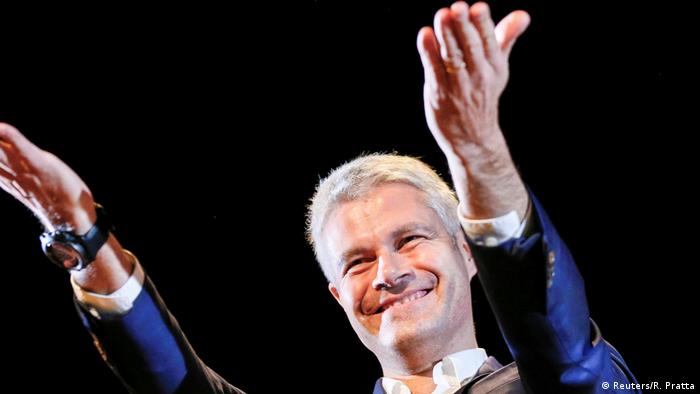 Laurent Wauquiez, the arch-conservative leader of the Auvergne-Rhone-Alpes region, was elected leader of France's main opposition party the Republicans on Sunday in a move that some centrist politicians fear might push the party too far to the right for it to maintain mainstream support.

The 42-year-old Wauquiez won 74.6 percent of the vote in the first round, avoiding the need for a runoff election and easily beating his rivals, the more centrist Mael de Canan and Florence Portelli, who was the spokeswoman for former leader Francois Fillon.

Fillon's defeat in the first round of the presidential election in April— the worst suffered by the party since 1958 — had left the Republicans leaderless.

Wauquiez, a euroskeptic, has insisted that his party must be "truly right-wing" to differentiate itself from President Emmanuel Macron.

The centrist president has siphoned off support from the right of the political spectrum by implementing pro-business reforms and appointing center-right figures as prime minister and economy minister.

Wauquiez was also among those politicians to refuse to call for a vote for Macron in the presidential election to block far-right leader Marine Le Pen.

Although Wauquiez's detractors have accused him of running after supporters of Le Pen's National Front, he himself has said there is no room in the party for anyone wanting to ally with the populists. 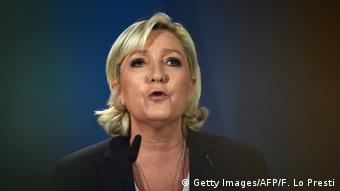 Le Pen last month accused Wauquiez of hypocrisy, saying he "cannot sincerely say the same things as us, sometimes in harsher language than we do, and at the same time say we should be banished from politics."

Wauquiez has denied that his positions are "hard right," although his argument that Europe must stand up for "its values and civilization" and his hard-line stance on immigration are certainly reminiscent of Le Pen's program.

The Republicans will be hoping that Wauquiez can bring the party back to its former prominence in France's political landscape, which has been severely disrupted by the victory of Macron and his new party, Republic on the Move!

Although the Republicans made poor showings in the most recent parliamentary and presidential elections, they increased their majority in a partial Senate vote in September.

French President Emmanuel Macron's LREM party has won a large majority in parliamentary elections, which will enable it to push through reforms. But turnout hit a record low. (18.06.2017)