The French parliament has lifted far-right leader Marine Le Pen's immunity from prosecution. A judge can now call her in for questioning over a series of tweets. 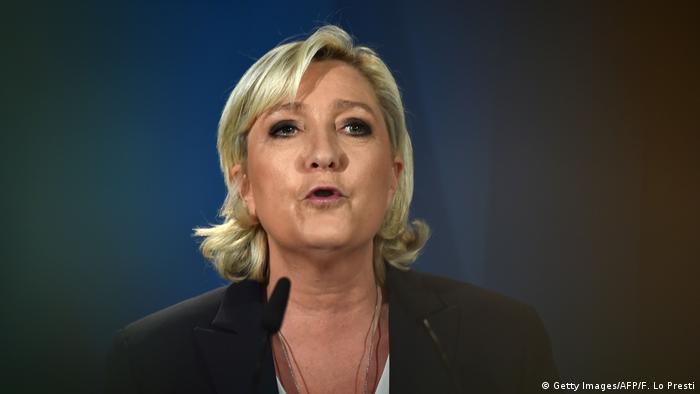 The decision opens the way for a judge to summon the former presidential contender, including by police force.

In December 2015, Le Pen tweeted three gruesome pictures of IS crimes, including one that showed the execution of American journalist James Foley.

She later deleted the post after coming under criticism, saying that she didn't know it was Foley in the picture.

French investigators had earlier launched a probe into the tweets but could do nothing because Le Pen had immunity.

The European Parliament in March stripped Le Pen of her immunity for the tweets, but she got it back after being elected as a member of the French parliament in June.

Florian Philippot has said "I don't like being ridiculed" amidst continuing turmoil in the far-right party. Philippot and Le Pen reportedly argued over his anti-euro sub-party "Les Patriotes." (21.09.2017)

Days before the second round of French legislative elections, the European Parliament has lifted the far-right MEP Marine Le Pen's immunity from prosecution in a defamation case. She lost a presidential election in May. (15.06.2017)

The far-right leader has appeared before judges over the alleged misuse of European Union funds to pay her parliamentary assistants. Le Pen won a seat in the French National Assembly a fortnight ago. (30.06.2017)

On the occasion of the April 24 election runoff between French President Emmanuel Macron and his rival Marine Le Pen, we travel to the "Grande Nation."