France has never had a woman as president. With a number of female candidates in the election race this time, could that finally change? Challenges range from a #MeToo campaign to an "invisible" barrier to the top job. 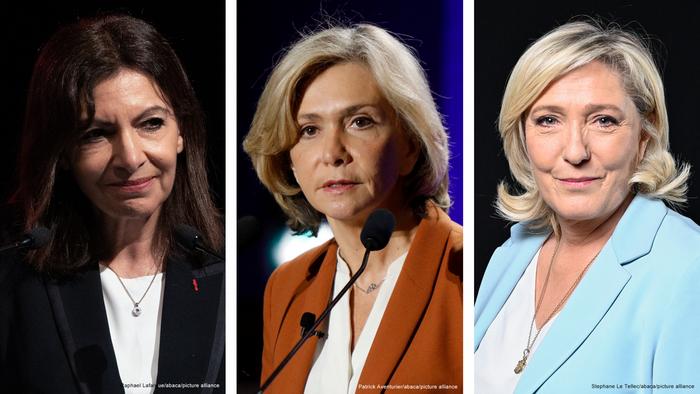 Last week, Valerie Pecresse, the candidate of the traditional right, Les Republicains, who is running for the French presidency, had to make a difficult decision.

Should she accept an invitation to appear on a popular television show whose host, 72-year-old Jean-Jacques Bourdin, had just days earlier been accused of sexual assault by a former colleague?

The dilemma arose from two intertwined factors which have shaken up French politics — a #MeToo movement that has seen several prominent men accused of sexual harassment and a never-before-seen number of female candidates in the race to the Elysee Palace.

Pecresse finally agreed to be on the show provided she be allowed to address the allegations against Bourdin.

"If these accusations are proven, they are serious and must be condemned. The fight against sexual harassment and violence against women is a personal fight for me," Pecresse told the visibly stunned journalist on live television. 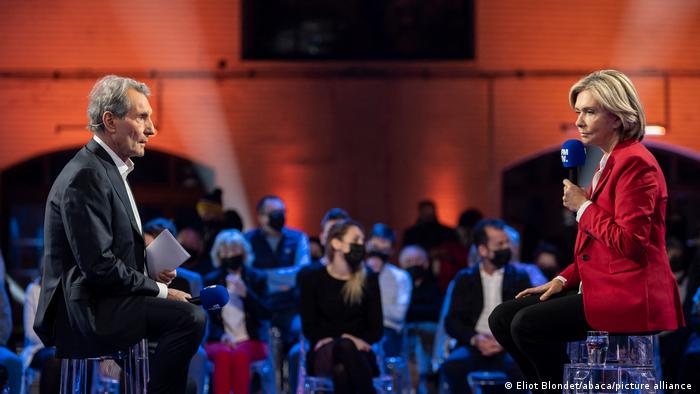 "For too long, society has looked the other way …too many women have been afraid for a long time to file a complaint…the law of silence is over," she said.

Though the public confrontation sparked polarized reactions, some say it points to an unavoidable issue on the campaign trail.

"This is the first election campaign since #MeToo and the TV confrontation was a turning point. It showed there is pressure to take a position on issues of sexual harassment," said Alice Coffin, a Paris city councilor and feminist activist who is part of #MeToo Politique, which calls out sexual and sexist violence in politics. 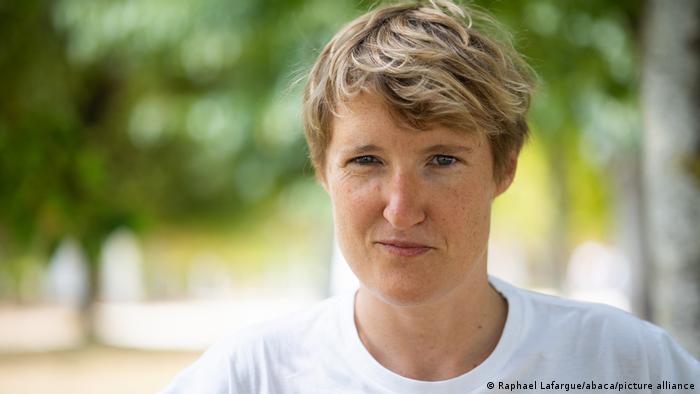 "It was brave of Pecresse to speak out on television about sexual harassment. She also believed it wouldn't be much of a political risk. That shows these issues have the potential to be a game changer in terms of votes," said Coffin.

‘Normalization of women in power'

With more female candidates from mainstream political parties than ever before, this is a pivotal moment in French politics.

In addition to Valerie Pecresse, Anne Hidalgo, the mayor of Paris, is the presidential candidate for France's Socialist Party and Marine Le Pen is once again campaigning for the far-right National Rally that she heads. 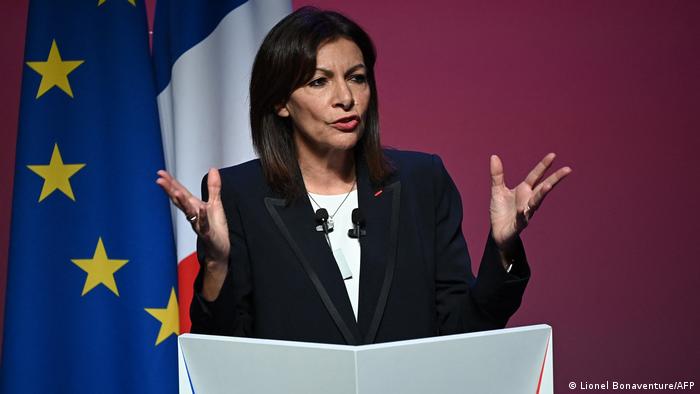 Anne Hidalgo, the Socialist mayor of Paris, is highly unpopular and is polling at a historic low of 4% of the vote

Experts say their presence in the race is a reminder of the strides made in recent decades in boosting female political participation. Laws have helped, for example, one that imposes fines on political parties whose MP nominations do not include the required 49% reserved for female candidates.

At 38.7%, female representation in the National Assembly, the lower house of parliament, is currently at an all-time high, and half of all ministerial positions are held by women. 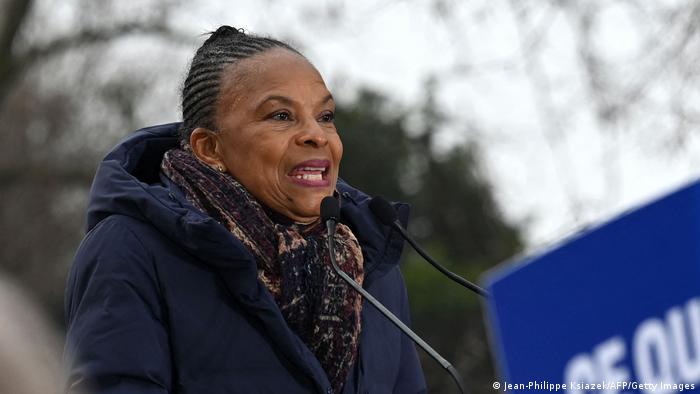 "The level of progress is almost revolutionary," said Catherine Achin, a political scientist at the Paris Dauphine University.

"There is a normalization of the presence of women at a high level of government. Even at a local level, though women only account for 20% of mayors, big cities like Paris, Lille and Marseilles have elected female mayors."

'Visible, but not heard'

But obstacles remain, with everyday discrimination playing a big role.

"The level of sexism in French politics is still very high and every woman politician I talk to says that," said Coffin, adding that #MeToo Politique often receives anonymous testimonies.

"Not a week goes by without a women politician talking about the names she was called when making a public speech or about receiving sexist and misogynistic comments online."

Florence Sandis, who has written a book called Brise le Plafond de Verre (Break the Glass Ceiling) and worked with female political candidates in the run-up to the last parliamentary elections, agreed.

Despite the political progress made by women, the top echelons of power remain male-dominated.

While President Emmanuel Macron's cabinet is gender balanced, most key ministries, with the exception of defense, are held by men. The same goes for the heads of the French parliament and most political parties. France has only ever had one woman as prime minister — Edith Cresson in 1991. 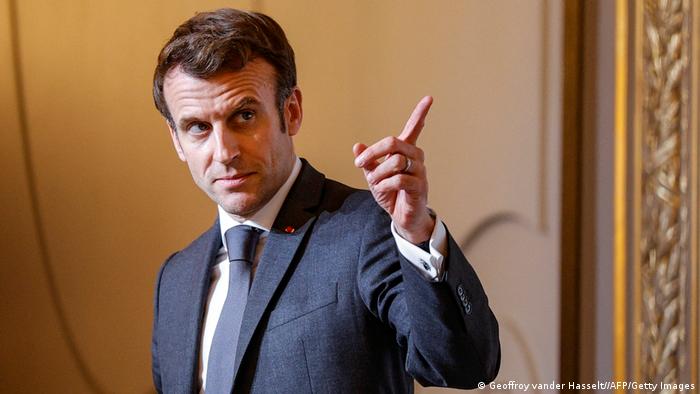 While Macron has a gender-equal cabinet, key ministries as well as the office of prime minister are held by men

"Lots of women have become emblematic ministers. But none have become president of the republic. It's an invisible barrier," said Catherine Achin.

The political scientist said it's important to go back in history to 1958, when Charles de Gaulle was elected the first president of the Fifth Republic following a military-political crisis in Algeria, to understand how the role of the French presidency is seen through a masculine lens.

Socialist Segolene Royal, the first woman to get close to the presidency in 2007, has said sexism was her biggest obstacle

"De Gaulle was a military man and a war hero. He shaped the presidency and left a stamp on it with his imposing body and stature in a way that was very masculine," said Achin.

"Since then, we've only had white male graduates in the job and this idea that a president must be manly, virile and confident enough to have the keys to the nuclear arsenal."

Polls suggest that either Marine Le Pen, who has her own far-right challenger this time, or Valerie Pecresse could end up challenging Macron in a second round in the April election, though neither of them have a feminist platform.

"Marine Le Pen would certainly not advance the rights of women if she was elected. Her policies in fact worry people who care about these issues," said Amandine Clavaud, director of the Gender Equality Observatory at the Jean-Jaures Foundation, a French think tank.

Even Pecresse, who has said she will become "France's first female president" but denies being a feminist, hasn't inspired women's rights advocates, despite her recent stance on sexual harassment.

"There is a fundamental difference between having more women candidates in the election and promoting a more feminist program," said Clavaud.