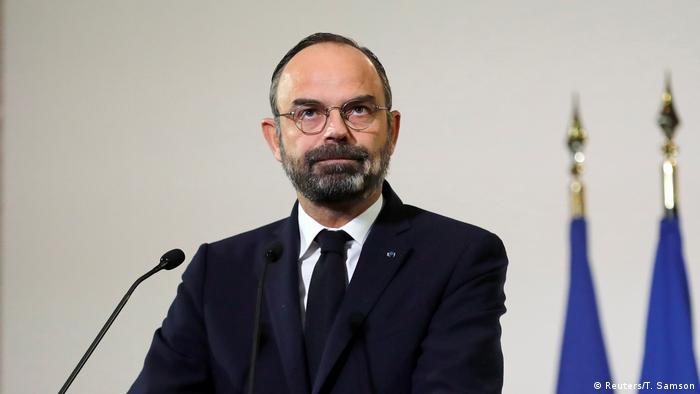 The reforms have sparked ongoing nationwide strikes that have crippled rail transport, shut down factories and slowed public services around the country. French media reported Wednesday that 75% of long distance trains remain out of service.

Introducing the reforms, Philippe said the time had come to build a universal pension system. "We are proposing a new pact between generations."

"We want a system that is the same for all French without exceptions."

What are the changes proposed?

French President Emmanuel Macron has invested enormous political capital in streamlining the French pension system, saying that a single, points-based system would be fairer and give each pensioner the same rights for each euro contributed.

The current system has 42 separate pension schemes. Transport workers, for example, enjoy earlier an retirement age than other sectors. Under the the new plan, workers from all sectors would retire at the same age.

Premier Philippe has tried to reassure workers in sectors enjoying early retirement or generous pensions that the reforms would be applied gradually.

Philippe said women would be "big winners" of the new system, as their current pensions are half as much as men, with state pensions in France tied to career earnings.

Why are workers against reform?

Trade unions say that Macron is stripping workers of their benefits to balance the state budget. Unions also fear people will be forced to work longer for smaller pensions.

French unions have said they will not call off the strike unless the reform is scrapped outright.

Read more: 'Macron needs to shed his image as president of the rich'

Philippe said Wednesday that reworking the system should not be "a battle."

"The ambition of a universal scheme is an ambition for social justice, there is no hidden agenda," said Philippe. "We want to protect the purchasing power of workers and the pensioners of today and tomorrow."

An estimated 339,000 protesters took to the streets of cities across France on Tuesday, according to the Interior Ministry.

There were also reports of oil supplies being affected as depots are blocked.

According to Paris' transport operator RATP, 10 out of the French capital's 16 metro lines will not be running, and four lines will operate reduced service.

Following the mass demonstrations on Tuesday and last Thursday, trade unions have called for more protests on December 12 and 17.