France rescues 72 migrants in Channel on way to UK

The coast guard was alerted that several boats were in trouble as they attempted to cross the English Channel to Britain. 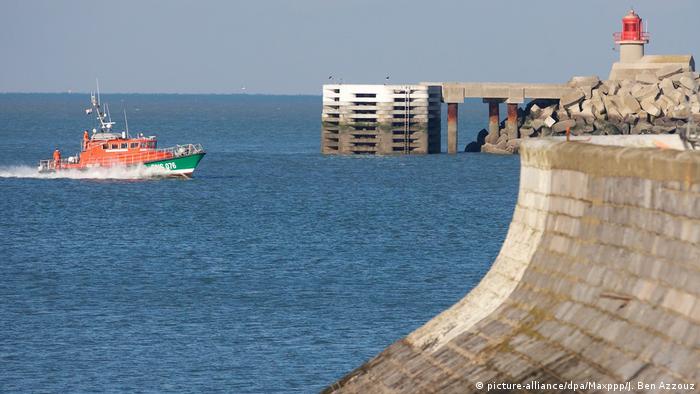 French maritime authorities rescued 72 people who were trying to cross the English Channel, officials said on Sunday. There were 11 children in the group.

The migrants had planned to navigate to the UK, but their vessels got into difficulties just off the coast from the French port city of Calais.

One boat was picked up by a French patrol vessel and the 38 people on board taken to Calais.

Some 34 others were rescued by a tugboat operated by the French navy and taken to Boulogne-sur-Mer, also on France's northern coast.

No injuries were reported and the migrants were handed over to the border police.

A growing number of migrants are using small boats to make the 34 kilometer (21 mile) sea journey to try to reach Britain, despite the huge dangers. This is partly due to tougher border checks on trucks and trains.

The Channel is one of the world's busiest shipping lanes with strong currents and low water temperatures.

In 2020 alone, there were some 9,500 crossings or attempted crossings, according to the French coastguard, which is more than four times than in the year before.

There have been at least 10 deaths reported over the past two years, prompting both the UK and France  to boost coastal security patrols.