France has said it plans to ban participation in unauthorized demonstrations in an effort to counter the ongoing yellow vest movement. The government is scrambling to put an end to the increasingly violent protests. 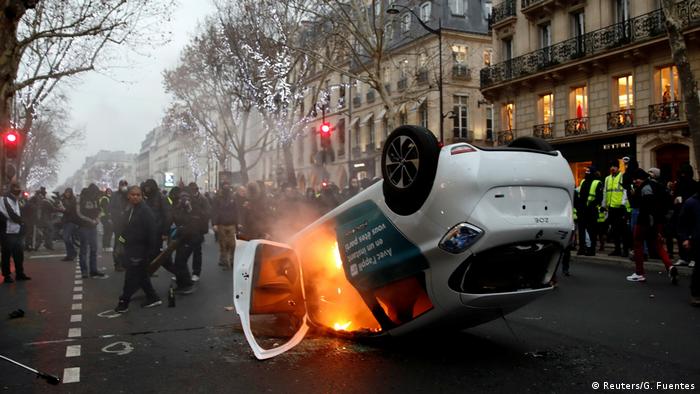 France plans to introduce tough legislation to ban unauthorized demonstrations and sanction rioters in response to violent yellow vest protests, Prime Minister Edouard Philippe has announced.
Eight weeks into demonstrations that have led to riots and clashes with police in Paris and other cities, the French government is struggling to deal with the leaderless movement that has become increasingly radicalized.

He also announced a plan to ban "troublemakers" from participating in demonstrations, similar to the way football hooligans are banned from stadiums.

In response to destruction of businesses and property in riots, "the troublemakers, and not taxpayers" would be responsible for paying for damages, he said.

"We need to preserve the right to demonstrate in France and we must sanction those who break the law," Philippe told TF1 television. 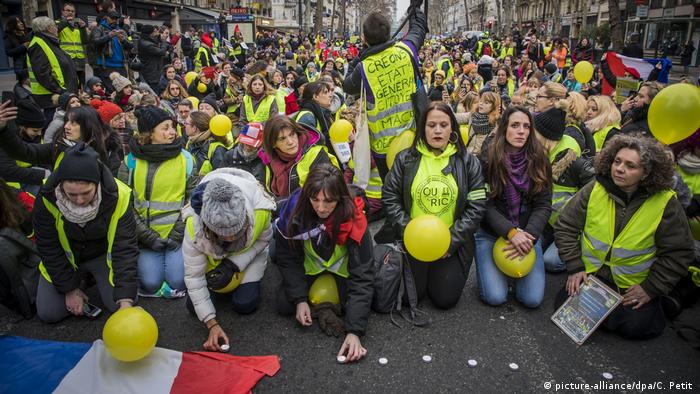 Calls for Macron to step down

Around 50,000 people took part on Saturday in the latest round of countrywide protests, which degenerated in some places into rioting and clashes with overwhelmed police.

Philippe said 80,000 security forces would be deployed across the country for next Saturday's protests.

The yellow vest protests have turned violent since they began in mid-November, inspired by an unpopular fuel tax. President Emmanuel Macron has since scrapped the fuel tax, but the movement has continued over wider dissatisfaction with the rising cost of living and Macron's presidency.

While the number of protesters has decreased since December, the demonstrations have been increasingly taken over by more radical, uncompromising forces calling for Macron to step down. The government has dismissed calls for Macron to resign as undemocratic.

The support for the French "yellow vests" highlighted the at times tense relations between France and Italy's populists over immigration and other issues.