French lawmakers in the lower house of parliament have approved a measure that could lead to climate change protections being added to the constitution. The bill is supported by French President Emmanuel Macron. 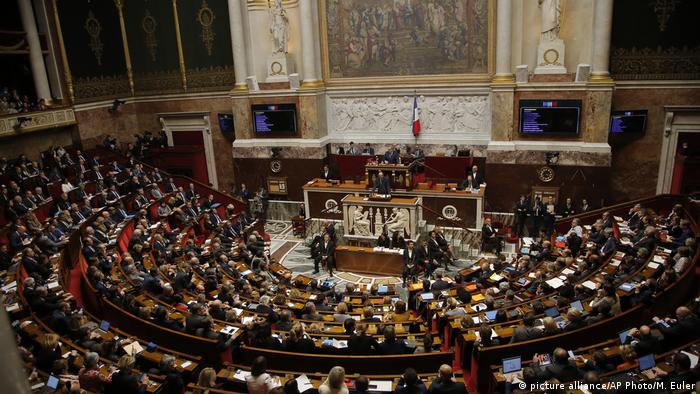 French members of parliament on Tuesday threw their support behind legislation that could enshrine climate change protections in the country's constitution. French President Emmanuel Macron has promised to hold a public referendum on the new constitutional clause if it passes both houses of parliament.

The bill passed in the lower house of parliament, with the approval of 391 deputies and 47 against. The lower house is dominated by Macron's centrist En Marche party, but the legislation faces a tougher battle in the Senate, where the right-wing Republicans hold a majority.

The legislation would be the first step in adding the following line to article 1 of the French constitution: "The Republic guarantees the preservation of biodiversity and the environment and fights against climate change." 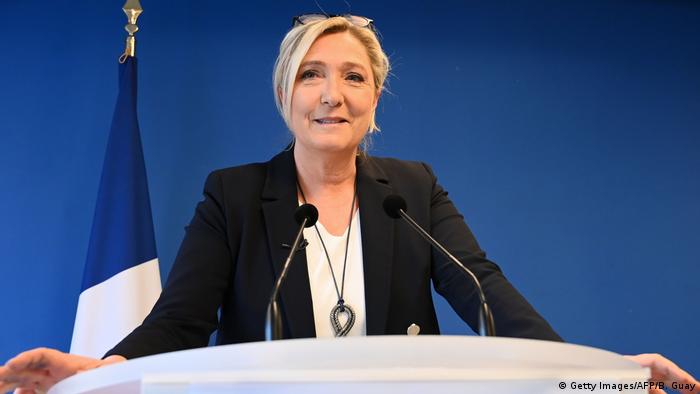 Marine Le Pen, the president of the far-right RN party, will likely be Macron's top presidential challenger next year

Far-right leader Marine Le Pen, likely one of Macron's top opponents in the upcoming 2022 election, has slammed the bill as "political posturing." Le Pen is slated to present her own environmental proposals next week.

Some left-wing parties, along with non-governmental organizations, have characterized Macron's support for the bill as a shallow PR victory ahead of next year's elections.

If the bill passes both houses of parliament, it would be the first time the French voted in a public referendum since 2005. That year, the French voted against the Treaty establishing a Constitution for Europe.

The possible new line of the French constitution was proposed by the Citizens' Convention on Climate, a public body of 150 members formed in the wake of the "yellow vest" protests in 2018. Macron has rejected some of the body's proposals, including a 4% green tax on company dividends.

Macron also shot down a proposition from the convention that would rewrite the French constitution's preamble to include climate change protections as a primary goal.