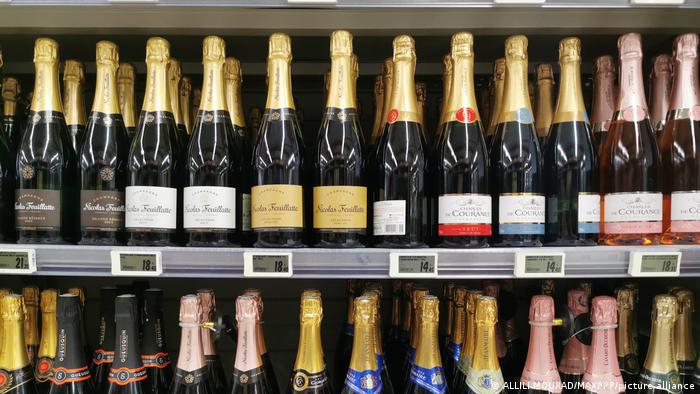 France is the world's second-largest wine producer after Italy

The French Agriculture Ministry said on Friday that the country's wine production this year could fall to a historic low, with as much as a 30% drop.

"Wine production in 2021 is forecast to be historically weak, below levels in 1991 and 2017 that were also affected by severe frost in spring," the ministry said in a report.

"Yields are expected to be close to those of 1977, a year when the harvest was cut by damaging frost and summer rainfall."

Agriculture Minister Julien Denormandie described the frost as "probably the greatest agricultural catastrophe of the beginning of the 21st century."

In April, several nights of frost caused the most damage in decades to crops and vines across France.  Heavy summer rains also prompted mildew growth.

According to the ministry, the overall production of French wine is projected to come between 32.6 and 35.6 million hectolitres (3.26-3.56 billion liters).

Grapes are about 10 days to two weeks behind last year's growth pace, giving hope to some producers that there might still be time to recover slightly. 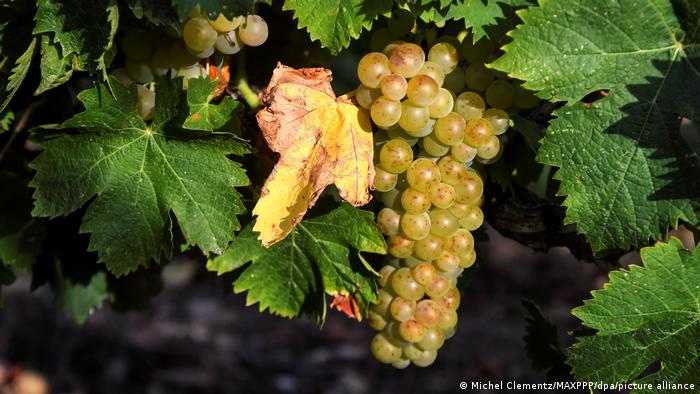 A study by the World Weather Attribution, an international organization that analyzes extreme weather events, reported that warmer climates had raised the probability of an extreme frost coinciding with a growing period by 60%.

In Italy, the world's top producer of wine, the farmers association Coldiretti is also projecting a 5-10% drop in this year's output.

High temperatures led the harvest to start a week early in the south, while heavy rain delayed grape growth in the north, according to Coldiretti.

Prices of champagne, at least, are not expected to surge, thanks to its producers' longstanding practice of adjusting supply with stocks from previous seasons.

However, the impact on the wider wine market could also depend on further coronavirus restrictions.

"Wine producers are facing major difficulties this year," said Jerome Despey, a producer and head of the wine committee at farming agency FranceAgriMer.

"The lost production will never be made up for by market prices."