France: Brigitte Macron to go back to teaching

The French first lady is set to teach at a school for adult students in a tough Paris neighborhood. She previously gave up her job as a literature teacher to support her husband's political career. 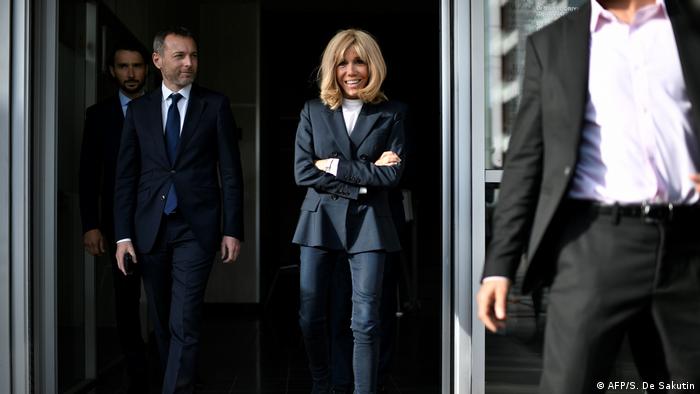 The wife of French President Emmanuel Macron said Monday she was returning to the classroom. Brigitte Macron made the announcement at the opening of an adult education center in the Paris quarter of Clichy-sous-Bois.

The first lady helped set up the school, which focuses on job seekers and high school dropouts between the ages of 25 and 48. The education they are set to receive aims to help them find employment.

She told reporters she would be "nervous," but emphasized that the school's mission was "very important."

The Paris neighborhood Clichy-sous-Bois is one of the poorer areas in the French capital. In 2005, two boys died after fleeing police in the area, prompting weeks of riots.

New career 'at any age'

Brigitte Macron met her future husband Emmanuel while teaching French literature in the city of Amiens. The future president was 15 years old at the time.

She continued her career until 2015, when she retired from teaching at a prestigious private school in Paris to support his political career.

On Friday, the 66-year-old First Lady said her return to teaching aimed to "show that any age, you can start a new career."

Emanuel Macron was also expected to visit the school in Clichy-sous-Bois to see the results of the initiative in person, according to the Le Parisien daily.