French President Macron has told his Australian counterpart Scott Morrison it is up to Canberra to repair the broken relationship between the two countries. 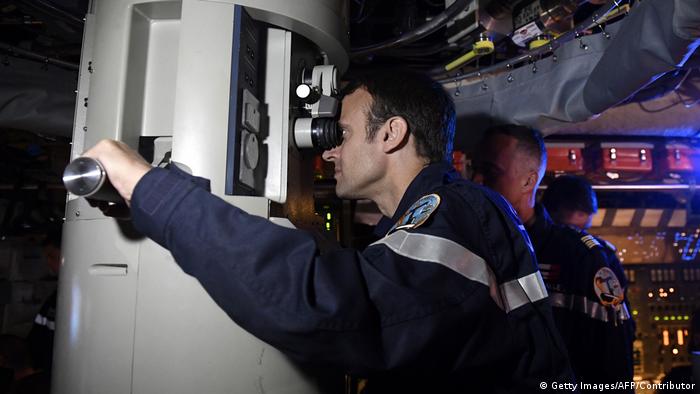 The dispute arose after Australia ditched a deal to buy submarines from France in favor of a deal with the United States.

In opting for US nuclear submarines over conventionally powered French ones, Macron said Canberra "had broken the relation of trust between our two countries."

"It is now up to the Australian government to propose tangible actions that embody the political will of Australia's highest authorities to redefine the basis of our bilateral relationship and continue joint action in the Indo-Pacific," the statement from the Elysee Palace said.

Paris is also insisting on financial compensation for the cancelled 2016 deal worth $50 billion Australian dollars (€31 billion euros or $36.5 billion).

France had recalled its ambassadors to Australia and the US before dispatching the ambassadors back to Canberra and Washington. French Foreign Minister Jean-Yves Le Drian had called Australia's actions "a stab in the back."

Australia has defended its submarine deal with the United States amid concerns that tensions could escalate.

The pact is intended to provide Canberra with nuclear reactors to power its submarines, although the subs are not supposed to be be nuclear-armed. The agreement drew mixed reactions in the Indo-Pacific region.

But France has taken a dim view of Australia's decision to cancel the contract to buy diesel-electric French submarines and agreed to acquire American nuclear-powered vessels instead as part of an Indo-Pacific security pact, known as AUKUS, with the US and the UK.

Malaysia and Indonesia expressed concern it added to the strain in areas such as the South China Sea. China, which claims most of the disputed waters, has heavily criticized the pact and warned it would threaten regional stability.

Others nations, such as the Philippines, which claims part of the South China Sea, suggested AUKUS could help restore balance in the region, alluding to Beijing's growing military power.

EU foreign policy chief Josep Borrell has said the bloc was "not informed" about the "AUKUS" security pact in the Indo-Pacific and took it as a sign the EU needs to develop its own strategy for the region.