EU foreign policy chief Josep Borrell has said the bloc was "not informed" about the "AUKUS" security pact in the Indo-Pacific and took it as a sign the EU needs to develop its own strategy for the region. 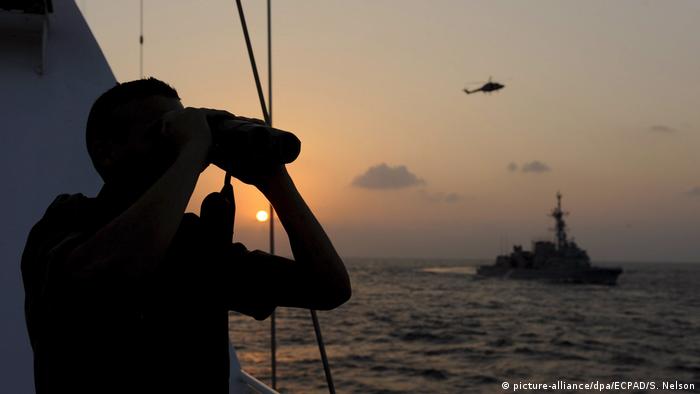 The EU is looking to increase engagement in the Indo-Pacific as the US, UK and Australia increase ties

The European Union announced its own strategy to boost political and defense ties in the Indo-Pacific on Thursday.

It comes a day after the United States, UK and Australia unveiled a new tri-lateral defense pact for the region.

EU foreign policy chief Josep Borrell said Thursday that Brussels had not been consulted on the pact, which has been dubbed "AUKUS."

"We must survive on our own, as others do," he added.

A particular sore spot of the pact is a new deal for the US to help Australia build a fleet of nuclear-powered submarines. That canceled a previous $40-billion (€34-billion) diesel submarine deal with France, which drew the ire of Paris.

"I understand the extent to which the French government must be disappointed," Borrell said.

What will the plan entail?

Other areas the plan intends to address include building cooperation with countries in the region on trade, health, data, infrastructure, and the environment.

The new strategy could also beef up the EU diplomatic profile on issues important to the region, and increase the military presence of EU countries in the Indo-Pacific.

This could also involve deploying EU personnel and security presence to assist on international missions, including sailing EU-flagged ships on patrols in the South China Sea.

European Council chief Charles Michel wrote on Twitter Thursday that the "The AUKUS security partnership further demonstrates the need for a common EU approach in a region of strategic interest."

Michel added that the Indo Pacific plan would be further discussed by EU heads of state at the leaders' summit  in October.

Why is the Indo-Pacific important to the EU?

The Indo-Pacific is a region conceived as spanning India and China, Japan to Southeast Asia and past Australia into the Pacific.

The AUKUS alliance, and the EU announcement, come amid ongoing tensions between Western countries and China as Beijing increases the size of its navy and continues to build military outposts on man-made islands in the South China Sea.

Beijing claims most of the international waters in the sea as Chinese territory, which has caused concern over critical sea lanes that carry a sizeable portion of global trade each year.

"Given the importance of a meaningful European naval presence in the Indo-Pacific, the EU will explore ways to ensure enhanced naval deployments by its member states in the region," the statement said.

However, Borrell said Thursday that the EU plan was "one of cooperation, not confrontation" with China.