France's president has invited his Italian counterpart to celebrate the 500th anniversary of the artist's death. Emmanuel Macron hopes the gesture will help end a diplomatic spat between the neighbors. 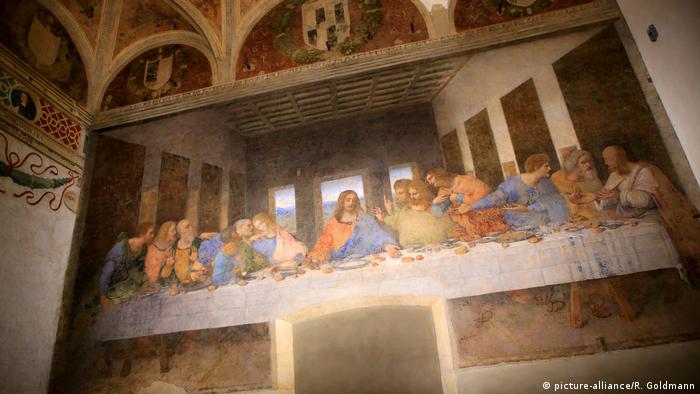 Macron told Italian broadcaster RAI he will host Italian President Sergio Mattarella in the French town of Amboise, where da Vinci died, "in the spirit of reconciliation."

Both countries have traditionally claimed the artist, who was born in 1452 in the Tuscan town of Vinci in modern Italy and spent most of his life there.

Macron's gesture follows a spat between Paris and Rome over plans by Paris's Louvre Museum to host a blockbuster exhibition showcasing nearly all of da Vinci's paintings, including works on loan from Italian museums.

Italy's populist government has accused the preceding administration of "handing over" da Vinci's legacy to France when it signed a deal with Paris that allowed the Louvre to loan the artist's paintings from Italian museums.

"It's unfair, a mistaken deal," Italian Culture Ministry Undersecretary Lucia Borgonzoni said, adding that Leonardo was an Italian who "only died" in France.

Not only artistic disputes

Relations between Paris and Rome have also been strained by clashes over other issues, including migration and European Union budget policy. Italian leaders angered Macron recently by voicing their support for France's "yellow vest" protesters.

In February, Paris briefly recalled Ambassador Christian Masset in protest at "unfounded attacks and outlandish claims" by the Italian government.

At the end of Macron's RAI interview, he expressed deep love for his Italian neighbors.

"There are so many French people who love Italy and Italians who love France and the French. But suddenly, we almost forgot that we have to keep on learning to understand each other," Macron said.

"I do not underestimate any of the difficulties of everyday life and the impatience, but I believe that between our countries, there is and always has been a lot of heart, that is to say, friendship, love."

WHO: Poorer nations to get first 40 million vaccines next month 0m ago

US to review Afghan peace deal with Taliban 9m ago